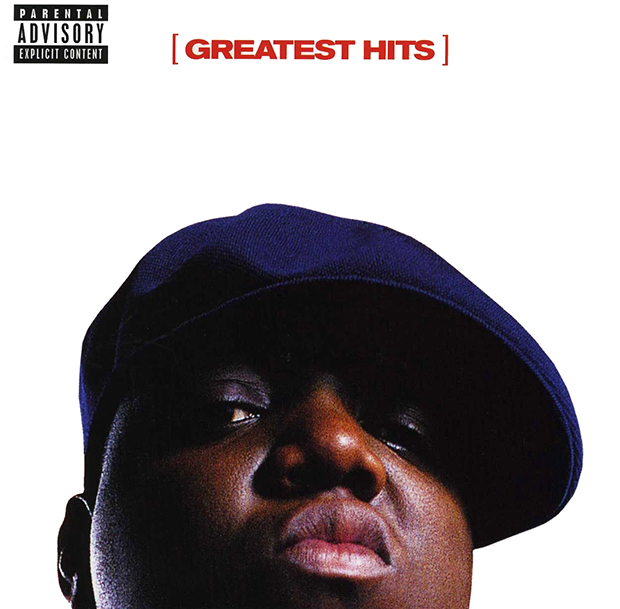 Just in time for the 10 year anniversary on his death, Notorious B.I.G ‘s voice is put out for the masses, this time in greatest hits, not some verses off the cutting room floor behind new beats. I actually think this is going to be hard, because BIG only had 2 albums, and a truckload of cameos! Well let’s see what they selected as the Greatest Hits from the Greatest Rapper of All Time! The Biggie Duets album was not what I was expecting, but you know how all of these posthumous albums are, just something to make money off of someone’s name. It starts off with his first single off of his first album, Ready to Die, “Juicy“. When I first heard the song, I was like, who is this dude? But it was something about the song that made it infectious. Maybe the “Juicy Fruit” sample made the song recognizable, but you can’t front Biggie killed that last verse! Next they give us “Big Poppa“, now this was the song that made all big dudes in the world confident. Every time I hear the song I get hungry, “t-bone steak, cheese eggs, and Welch’s grape!” Next up “Hypnotize“, this is the first single off of Life after Death. This is the last video that Biggie was actually in. Makes me sad every time I see it and see how happy my man was in this one! “One More Chance/Stay With Me” is next up, the song was hot, truly a remix, different beat, different lyrics, maybe the hottest song of 1995. Biggie says “I’m not only a client, I’m the player president!” How you gone flip the Hair Club for men motto like that? That is why he was the greatest! “Get Money“, one of my favorite joints of all time had him and Kim on it together, and they killed it! I mean who knew he was spilling his business on this track! Kim jumps on the track and holds her own against Frank White. This song catapulted Kim to a contender in the female rap game. “Warning” was lyrically, one of Big’s best songs. He breaks down the whole story without ever losing it. He gave us the line “Damn, Ni@#az trying to stick me for my papers!” How many times you heard that in a rap song? But Big was so nasty on this song that all I can say is if you haven’t heard it, GET IT! “Dead Wrong” the name says it all. Puffy was dead wrong for putting a hungry Marshall Mathers on the track with Biggie! When I heard the original, I was like this is some early Biggie, too grimy, but the beat was SLAMMING! Don’t get me wrong, Biggie killed it, but Marshall came through and MURDERED it. I don’t think that it was fair; Marshall was too hungry back then. But the song is BLAZING! “Who Shot Ya” is the next offering, Pac thought was directed at him, really wasn’t directed at him. Just came out at a time where it seemed like a coincidence. Biggie again has a field day over the track, SMASHING IT! The “Ten Crack Commandments” had to be one of Biggie’s best songs. How you gone give boys the rules to the game? How I forgot game is to be sold not told! Now “Notorious Thugs” is again one of my favorite BIG verses, notice I said verses because Bone shouldn’t have been on the same track with Francis. “Notorious B.I.G” is a song that I could have done without, maybe if he was alive, it would have been better, but it wasn’t. I hated what they did to “Nasty Girl” they ruined a club banger. Press Fast Forward! The track “Unbelievable” is one of the great performances by Biggie, most definitely one of his greatest hits. “Niggas Bleed” is easily one of his greatest hits just because of the way Big ripped the track! But the most questionable track on the whole compilation is the last song “Want That Old Thing Back” featuring Ja Rule and Ralph Tresvant. What is this? Man if you don’t skip this…..! Bottom Line: You should have all of these tracks already. Come on people, the man put out two albums! If you don’t have these..go buy the damn CD’s! This wasn’t so bad of a compilation of greatest hits, I just think a couple of tracks slipped through the cracks on this (“Notorious B.I.G“, “Nasty Girl“, and “Want That“), but hey it’s still Biggie! nappy Picks: Ready to Die & Life After Death