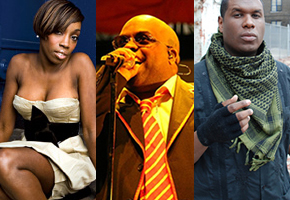 Here we go again! This is where I pick some songs off my ever present iPod and explain to you what I’m currently listening to. Sometimes it’s new stuff; sometimes it’s old stuff, but all the time its good stuff. In this edition, I give you Estelle’s BEST SONG EVER, bring Gnarls Barkley back from the dead, and finally introduce myself to Jay Electronica. Ready? 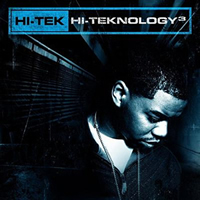 Hi-Tek – Hi-Teknology 3 [2007]
I remember last year when Thic review Hi-Tek’s Hi-Teknology 3. If I reviewed that album, I probably wouldn’t have given it 4 stars. Not saying the review is wrong, I just couldn’t get past the first song. Estelle is in all her glory here as she sings (and raps) about her unborn seed. Like I said in the intro, this is one of my favorite songs and (in my esteemed opinion) Estelle’s best song. I checked out her recently released new album, Shine. It’s good, but to me it wasn’t even close to the level of this song. 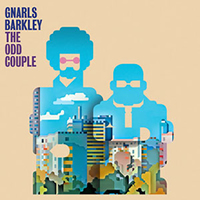 Gnarls Barkley – The Odd Couple [2008]
Last month, I told my girlfriend that I wasn’t cool any more. I wasn’t feeling the Gnarls Barkley album (or the new Erykah Badu either, but I talk about that another time). I enjoyed their first album St. Elsewhere, but this album, The Odd Couple, was too 60’s for me. So like I do sometimes, I backed off for a week or so. When I came back to it a week or so later… I loved the album. It’s still different, but that’s what so hot about. Songs like “Who’s Gonna Save My Soul” are just as soulful (if not more) as anything on the R&B charts right now. Currently, “Going On” is probably my favorite off the album. 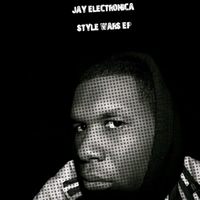 Jay Electronica – Style Wars EP [2008]
Okay, give me my late pass and say I need to get up on things. I saw and heard about Jay Electronica and I always said I might check him out. I put it off. People kept telling me this dude is really nice. I put it off. I had to drive a hour to visit my Ma. I finally listened. and I’m pissed at myself for taking so long. Jay Electronica lyrically is a straight beast. The Nas comparisons are right on. Even though he hails from New Orleans (Huh?), you wouldn’t know it. In interviews he lists influences from Philadelphia, Detroit, and New York and you can tell. The best compliment I can give any MC is saying the if I could rap I wouldn’t mind if I flowed like him; Jay Electronica is in that category (Maybe that was a bit much). Even though he has a lot of material floating around, I checked out his Style Wars EP. I could of picked a few songs off the EP, and while I loved “Eternal Sunshine (The Pledge)”, it maybe too long for an introduction. Now, why wasn’t Jay Electronica featured in Turn Yo Headphones Up? Beats me, but Thic, you missed one.