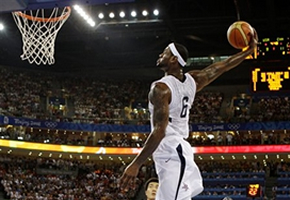 Like the other BILLION people that watched this game, (this is not including B-Easy) I was excited to see Team USA play in the opening game of the Olympics. Not only does this team HAVE to get gold in Beijing, they must do it impressively. This is the best team in the World, so like they said, there is no excuse why they can’t strike gold in China. Think about it, Kobe, LeBron, D-Wade, Melo, and Chris Paul would be a historic starting five. But add in players like Dwight Howard, Chris Bosh, Jason Kidd, Deron Williams, Carlos Boozer, Tayshaun Prince, and Michael Redd? Sounds like one of my rosters on NBA2K8! But kudos to team China for making a game out of it in the beginning, but you knew eventually they were not going to be able to stand the constant pressure of Team USA’s defense. Did you guys get to check out China’s Hyperdunks? They were kind of hot if I must say. But seeing that they are in China, do you think that their shoes were authenic Nike’s? 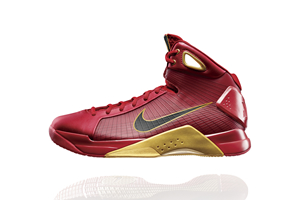