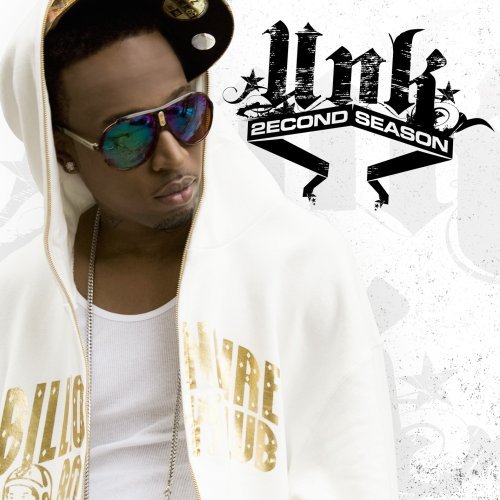 A year after making the country “Walk it Out” and after taking YouTube under siege with “2 Step”, Unk is back for his sophomore album titled 2econd Season. Success breeds envy. Whether you call it envy or hate, Unk ruffled some feathers last year with his catchy songs and simple lyrics. Hip-Hop purists may not consider what Unk does as Hip-Hop, but when you have a gold single and endless radio spins, somebody is listening to your music.

Intro
Just an intro that isn’t worth mentioning. Well I guess I did.

On My Shit
This has to be one of the most annoying songs that I have heard all year. For the first minute, all he says is “On my shit” repeatedly. By the time the song comes on, you kind of don’t want to hear what he has to say. The beat isn’t bad at all, but Unk’s problem is the hook. He sounds just like any other crunk rapper from Atlanta.

That’s Right
DJ Montay comes thru with another tight beat to go with the simple lyrics of Unk, but this time the simplicity works for him. If this came on in the club, I would listen to it.

Show Out
This is the first single off the album and it sounds like a mixture of “Walk it Out” and “2 Step”.  Of course, this is another dance song. I don’t see this being as big as his previous two hits, but the clubbers will love it.

Like Wham
Featuring Stewey & Sandman
So far this album is aimed at the club crowd by the way the production sounds and the sing-a-long lyrics. The song sounds just like the previous one, and the one before that.

Wet Wet
Featuring Project Pat, Three Six Mafia, & Blazed
I wonder what this song is about. I do like the fact that Project Pat is on the song doing his thing, but I don’t think that he could make me like this song. It will probably be played at a strip club near you. That is the only place it should be played.

She Freaky
Featuring Ray J & Blazed
Brandy’s brother stops by to lend his voice on the track using the auto tune. This song is WACK! Again, this song will be played at a nightclub, and nowhere else!

Beat Dat Azz
Featuring 11 Dub, Mannish Man, Loko, & Princess
The title speaks for itself. I believe someone is going to get swole up when this one comes on in the club. Inspired by the new “fight” dances that people are doing now, the beat isn’t bad at all. I just feel like I’m a little too old to be beating someone’s ass in the club.

In Yo Face
I can really see this song being played at a sporting event. He has plenty of football references in the song, and it really would fit in at a basketball game too. Think of the cheerleaders saying this to the opposing team! I hate to say it but I like this song!

Make It
This is by far the best song off the album. The beat sounds like something that you would hear on T.I.’s album. Unk put up his best lyrical performance to date. This one is for all the naysayers that said he couldn’t make a non-dance song. HOT!

Where My Ladies At
Featuring Blazed
Back to the old Unk on this song with what seems like the same beat he has used 15 times. The song is dedicated to the “independent” women in the world. I like the message, just not the way it is presented.

Sweep Da Flo’
Featuring Ying Yang Twins
Everyone’s favorite strip club rappers resurface to help Unk out on yet another strip club anthem. I haven’t said this all day and it is finally time to say it…SKIP!

You Can Do It
Unk has had his share of lazy hooks on this album, and this is another one of them. The production on this song isn’t that bad, it is just a pattern of bad hooks and simple lyrics that mess up the songs.

You’re The One
Featuring Sean Kingston and D’Angel
Sean Kingston sings on this song that’s about a girl. Nothing groundbreaking here, just a nice beat and something the ladies will like.

Round & Round
Featuring Blazed
The bass pounding beat solidifies this as a strip club song! I bet a lot of rent money will be on the floor when this song is spun. Not my cup of tea, but he will definitely reach an audience with this.

Main Attraction
Unk’ s voice gets annoying by this point in the album and is forcing my hand to SKIP this one. How can he be a main attraction if he walked by you on the street, you wouldn’t even know who he was?

Make You Move
Yet another dance song by Unk. He obviously isn’t worried about getting stereotyped as a “ringtone” rapper. This will get people dancing, but they won’t be listening to nothing that you are saying.

Bottom Line:
Unk didn’t try to disguise as to where this album was aimed, the clubbers, the strippers, and the below 21 crowd. When 95% of your album sounds like dance music, the secret is out as to whom it is directed towards. The everyday head will not like this album, but if you wanted something to get you hyped up for a night on the town, Unk will get it done. The production on this album was done entirely by DJ Montay, and he did a good job. It’s just the fact that Unk gets redundant with the lyrics and lazy on the hooks that was a downer for me. The sophomore jinx didn’t affect Unk, actually his second album was better than his first. He may not see numbers like he did on his debut, but he has to feel good about this album.