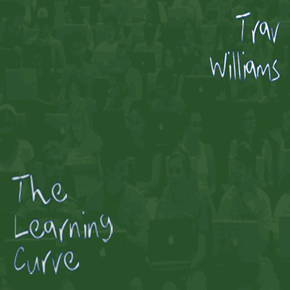 Remember when I said the we would like to focus more on indie artists this year? Well, thanks to Kevin over at kevinnottingham.com (Who sent this over), we got a good one. Trav Williams’ mixtape The Learning Curve originally dropped on Dec. 21, and upon hearing it, surprised me on how much I liked it. Dude can flow. The mixtape includes freestyles of “Jockin Jay-Z”, “Fuu-Gee-La”, “Get By”, and “Get Money” amongst others (Plus two original tracks). Give it a try and tell us what you think. If you like it, Trav also released The Trickle Down & Bootlegs And B-Side albums last year.

kevinnottingham.com is also doing a contest for Trav Williams’ upcoming album. Producers who enter the contest create new beats from the samples that were used in Nas’ Illmatic. The winning beats will be used for Trav’s upcoming album ILLTravis (Get it?). There’s a panel of 5 judges, one of which is Akil from Jurassic 5. Get more info here.