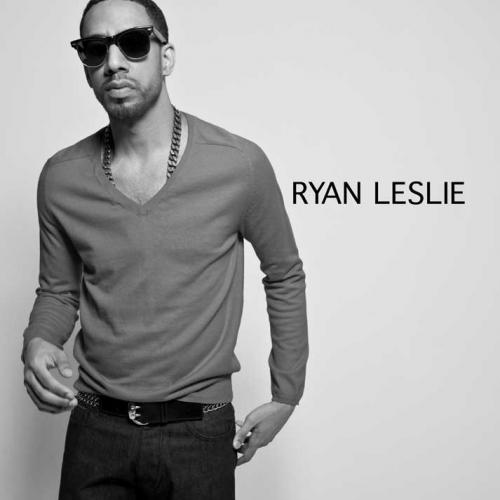 We said “Hip-Hop & more”….so with Hip-Hop releases being a little on the light side, I’m going to turn up the heat on the “MORE” side of things. This man can almost be called the sound of Bad Boy for the past few years making hits forCheri Dennis, Danity Kane, New Edition, Loon, and most notably on the label, Cassie. Outside of that, he’s done music for Donnell Jones, Britney Spears, Beyoncé, and LL Cool J. He recorded an album before this but as usual, the US was sleeping on it and it didn’t receive any love. Fresh off the heels of his YouTube videos and an unrelenting buzz because of his talents, he’s releasing his self-titled album this month. Let’s see if it has the Wright touch.

1. Diamond Girl
Produced by Ryan Leslie
This is the first song I saw him create on YouTube. Now, while there is sure to be some editing, the fact that he puts these songs together by playing instruments separately and then putting them together is amazing to me. He goes with what he feels and puts together some good music. The track is what has become his signature sound, futuristic and very danceable. The scale he plays on the keyboard serves as the main element on this song and though repetitive, still works. This is the first single from the album.

2. Addiction
Featuring Cassie & Fabolous; Produced by Ryan Leslie
The second song on the album is also the second single released from this album. The song kicks off with some keyboard kicks then goes into one of the sickest key set ups I’ve seen. You’ve got to see the video on him producing this beat. Anyway, just like the last song, the keys provide the foundation for this track and the drums and snare all play well here. Ryan talks about how he’s “addicted” to his girl, something that happens to us all in that infatuation stage when the relationship is all new. Cassie gives the song some more personality with the way she sings the airy hook on this one “I’m addicted to you, I’m addicted to you, I’m addicted to you, you’re my addiction.” Fabo comes on and does his usual. He didn’t have to say “…I hopped out the suicides lookin’ so Cobain.” That’s cold as hell.

3. You’re Fly
Produced by Ryan Leslie
R. Les comes on this one spittin’ a verse…it’s not bad. I personally think the song would have been better had he kept rappin’. The track comes in and sounds very light. It almost comes off as an after school special type beat. It comes off kind of boring compared to the last two tracks. I’m on the fence with this one, it’s not bad but it doesn’t blow me away either. I think to be fair, I saw his video on the first two songs and I appreciate the work he did to make it so I probably appreciate those songs a little more.

4. Quicksand
Produced by Ryan Leslie
Quicksand also has a little more of a nostalgic feel to it and the keys almost sound like strings on this one, provides a different sound. Again, just like the last one though, I’m not sure if I am predisposed to the songs I’ve seen made, but this one is pretty mild as well. The song is about how he’s falling/sinking/stuck with the feelings he has for someone. I dig the concept for the song but I don’t know how that it all comes together successfully here. I’ve seen a video of him doing this live and it presents better sounding live than it does on the album.

5. Valentine
Produced by Ryan Leslie
This is one of my favorite songs on the album. From lyrics, “I don’t have to say you’re beautiful/You’ve got plenty other guys to say those words for you/and I don’t have to say you run the show/all it takes is a word, I lose control for you” to the very late 80’s sound of the track and the cadence of the song, it reminds me of good ol’ R&B music. This one is a lot slower than the other songs, but it’s one of his best.

6. Just Right
Produced by Ryan Leslie
Our 6th song on the album, but third single released is “Just Right.” Again, strategically, you can see him make this one too…and again the composition and making of this album speak to me louder than what I get on just the album alone. I can appreciate the artistry of him playing so many different instruments, especially on this one where we see him play the guitar as well. Lyrically, its okay, but the star on this song is clearly the music.

7. How It Was Supposed To Be
Produced by Ryan Leslie
I think the marriage of chords and drums on this one work really well together. They provide most of the body for this song with the usual suspects playing support on this track. I like how he ads drama on the bridge of this song with beefier chords and layering ONLY on that part of the song. Like the previous songs, the title pretty much tells you the story of the song, he’s talking about a failed relationship and the lingering questions after that ordeal.

8. I-R-I-N-A
Produced by Ryan Leslie
THIS is my favorite song on the album. From concept, video, to music, I think this is one of the most artistic expressions he’s made. The song is a result of a photo shoot he was doing with Russian fashion model Irina Sheik. There was a language barrier and to break the ice, Ryan started singing this melody. The song is easily relatable about words get in the way and you sometimes just feel someone, you just vibe. The line from the song that is the flyest is “…I might not speak your language, but I know just what to say….” The concept for the video is just as fly, he did the entire video in 113 seconds shot at double time. What results when you watch it in regular speed is a video is just slow enough to give it this lag effect like he’s moving in water. I love the simplicity of the black and white video, single camera use, and no background. I think similarly, the simplicity of the track work well to make this the standout moment on the CD.

9. Out Of The Blue
Produced by Ryan Leslie
I love the drums on this one as well. It’s not a new sequence, but it sounds good with the high end melody he uses to construct this song. R. Les laments the sudden way a relationship ended. I dig this track and song too, it’s a pretty chill song to kick back to.

10. Shouldn’t Have To Wait
Produced by Ryan Leslie
There is a throwback quality to this song as well. You can tell that Ryan, who is in his early 30’s, grew up around some good music. I really appreciate the bass guitar and music on this one. I’d even say that this may have been one of his more thoughtful songs on that end. The wordplay isn’t bad either in a time when most of guys only commitment is to being single. This song will go over well with the ladies.

11. Wanna Be Good
Produced by Ryan Leslie
This is the only song I really don’t like on the album. I’m not really feeling the track or the sample on it too much. I could go on, but for me, this is a skip.

12. Gibberish
Produced by Ryan Leslie
As told on the video for this one, “Songwriters sometimes sing unintelligible syllables to lay down a guide melody during the creative process. Here’s an amusing example of this with my voice running through a very strict pitch correction processor.” That’s right, he isn’t really saying anything on this song, but the groove is undeniable here. There are too many instruments to try and pick a favorite, but that pocket trumpet is Wright!

Bottom Line:
With this album serving as his official debut in the states, it’s a pretty good introduction into Ryan Leslie, musically. I think there are some other songs that he’s done that would make this a better album as the majority of the album comes off pretty average. It’s only 12 tracks long and because of some songs, it comes off more like an EP. I also realize that being able to see him make some of these songs has made me biased to those songs, but I realize that he is a really great talent. I don’t think this album showcases that talent the best, but like I said, it’s a pretty good intro as you do get a feel for what he’s capable of. I hope that the album does better than his songs have shown so far on the charts.