The Numbers Game: Eminem Returns To #1 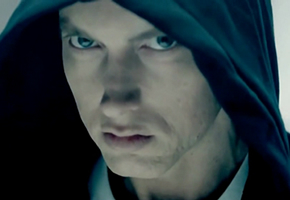 I think by now everyone knows what Eminem’s latest album (Relapse) sold. Personally I think 600,000 sales in the first week is great (King Jerm was disappointed). In this day and age: 600,000 = 1,000,000. Not really too much I say about the album that hasn’t been already said (Thanks to Saule Wright’s great review)

Meth & Red comes in next at a high #4 with the Blackout! 2. A lot of people disagreed with my giving that album 3 Stars. I honestly think people was just happy to see the two back together (63,000 in sales). Not to say I don’t like Redman & Method Man; I do. I’m happy to seem them get in the Top 5.

To me, it seems like Busta Rhymes kinda got lost in the shuffle last week. Yeah, most knew his album was coming out but Back On My B.S. just seemed to get ignored. But then again, it sold 60,000 units (Good enough for #6). Maybe it was just me. SBK said the album was okay.

DJ Drama also returned with his second album, Gangsta Grillz: The Album (Vol. 2). The homie Kareem Abdul Jamar gave an excellent review of the album but personally I thought it should have been called Gangsta Grillz Vol. 2: Get More Exposure For Willie The Kid & La The Darkman. It sold around 18,000 and landed at 26.

Freeway’s Philadelphia Freeway 2 actually made it in the Top 100 which is surprising because that was one of the worst promoted album I seen in a long time (We basically got in the e-mail at the last minute. H20 still knocked the review out). Not to say I’m not happy to see Freeway back; even independent. He moved 5,000 copies of his album; which is not that bad when you think about it.

Sheek Louch’s 4th album Life On D-Block…wait, was this a real album? No Jada or Styles features? This doesn’t smell right. Anyway, it debuted at #121 and sold 4,300 copies.