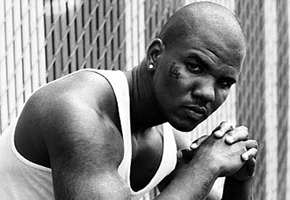 By now, you have probably heard The Game go at Jay-Z pretty hard in a freestyle in Madrid, Spain..if not, check out the video. The Game taking shots at Jigga isn’t a new thing, he does it from time to time, but ALWAYS takes it back after throwing a jab or two. So with this latest attack I am skeptical about drinking the kool-aid. Let’s face it, the Game can match bars with Jay. There is no question about that, if you deny it, you are lying to yourself. If Game would go at Jay with the same tenacity that he went at Bleek, Budden, Ja, and 50 with, he might can lay the old man down. The time is now, Jay is ripe for the picking. It is time for one of these new school cats challenge Jay and win. The Game might be the one to do it. The old guard must pass it on to the next generation.

My questions to Game: ARE YOU FOR REAL THIS TIME? By the time I post this I hope you have not  issued an apology and said that you was just playing to the crowd and didn’t really mean it. You did call out the man wife..so I’m expecting Jay to really have something for your ass in the next week or so. BE READY. Second question: WHY DO YOU DO MOST OF YOUR DISSES OVERSEAS? What’s up with that? You talking greasy in Europe, but when you get back stateside, you make it seem like you was just “messing around”. When you get back home, can we expect more disses?

So Game, if you are going to do it…GO ALL THE WAY IN. (PAUSE) Make history, this could be one of the best lyrical battles in a minute. Do it for all those that came before you but came up short. Do it for Jaz-O, who simply was upset because the dude he brought in the game became WAY more successful than him. Do it for Prodigy, while I know you and him aren’t like that anymore, but do it because he put pictures of a “gangsta” rapper in a ballerina suit. Do it for Nas, who was involved in a CLASSIC battle with Jigga,and (depending on who you ask) beat him and to turn around and kiss his ring like Superman did Lord Zod and WORK for him! Do it for Dame. No explanation needed on this one.

I would love to see these two go back and forth..could be EPIC, as long as The Game is serious and Jay takes the bait. WE SHALL SEE!