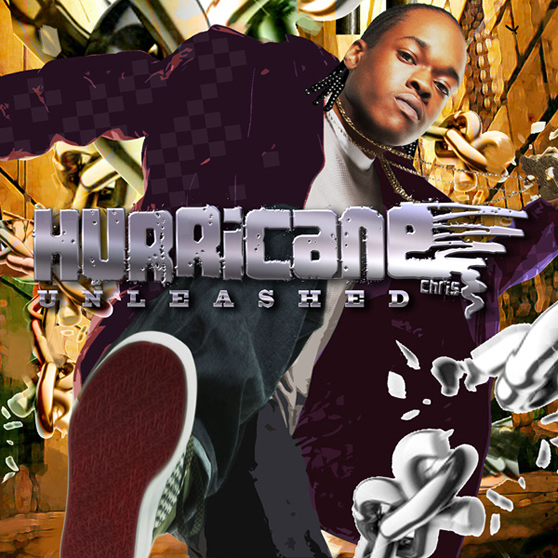 Raise your hand if you wanted a full review of Hurricane’s new album. Yeah, I figured. That’s why we’re doing a FFWD on this one before 2009 is gone for good.

Hurricane’s new album definitely wasn’t on my radar this year mainly because I didn’t figure that his album would actually come out this year. The project seems really rushed; the album is really short at only ten tracks and two of the tracks are less than three minutes long. There is another glaring flaw that this album has: out of the ten tracks on this album, eight of them are dedicated to the ladies. While that wouldn’t be a problem if the songs were good, most of them aren’t. “Coke Bottle” (featuring Mouse) is a good example; great beat but the hook is wack and Chris ain’t helping things. Same with “I Want It” featuring Fiend 4 Da Money. This song coulda been good, but it fails because of the poor hook and the beat.

However, I’m not gonna lie, this album does have bright spots. Chris starts the album off right with “I’m Back” (Produced Shawty Redd). His flow and lyrics on this song surprised me and it made me hopeful for the rest of the album. He’s developed a faster flow (Like a cheaper version of Twista). He gets some assistance from the likes of Mario, Plies, and Bobby V, so the album features aren’t completely terrible, but it could have definitely been a lot better.

Bottom Line:
Chris isn’t gonna wow anyone with this one. If you’re gonna pick this album up (and you know who you are), then my review doesn’t really matter ’cause you were gonna anyway. I’ma give the dude his props, he’s gotten a lot better since his debut. His flow is better and his lyrics are better. Not by much, but it’s an improvement. Still, I can’t really recommend buying this at a length of ten songs when only about 2-3 are good.