I’m always happy to see when good artists get some light. Take Mayer Hawthorne for example. Last year he released his album A Strange Arrangement and had a lotta websites singing his praises (This one included). And even though I got a lotta “Who the fuck is this?” looks when people saw the album cover on my iPod, it seems like more people are becoming Mayer Hawthorne fans.

I actually caught his show at The Loft when he came to Atlanta a couple weeks ago. It’s easy to say that Mayer Hawthorne, backed by his band The County, tore the house down. Even more so, after the show he took time to talk with fans and signed albums and such.

So whether it’s having his song played in the background of a Kanye West video, being on repeat at Starbucks, or being in Snoop Dogg’s Malice In Wonderland movie (Which probably lead to him remixing “Gangsta Luv”), I’m putting money down that your hear more from Mayer Hawthorne in the future.

Sidenote: I also threw in a blurry pic from the concert at The Loft 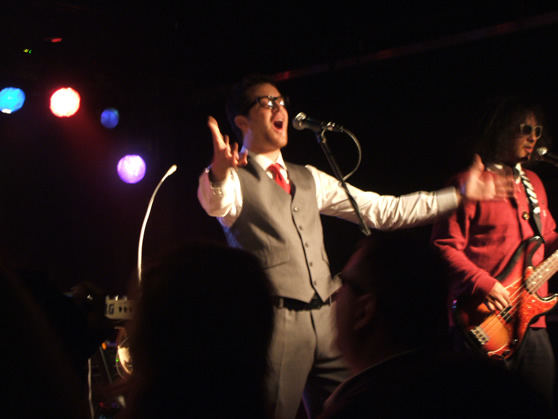