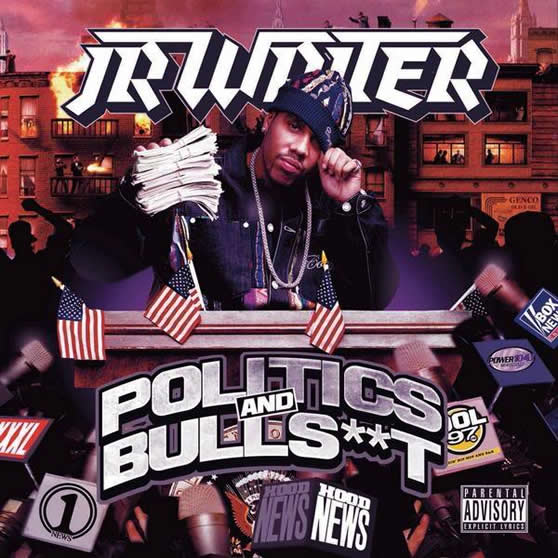 With the announcement and jubilation over Dipset reuniting (and Hip-Hop needs this reunion), it’s a perfect time to go back to another one of my most hated reviews. We had producers upset for no reason, people trying to spot samples, folks proclaiming JR to be the best from Dipset, and even calling me out to produce songs. What we NEVER did see was anyone offer up an alternative review or any support for this album at the register.

Let’s break it down simply and quickly since this is now recognized as a mixtape and not an official studio album (there was some confusion at the time what it was). The good. Writer has the ability to spit witty bars and clever flows while riding the beat pretty well. I’d expect nothing less from Dipset as that is something that they all clearly work on when putting a song together. Some examples of his more memorable lines are:

“Leave ya fitted flat like a nigga sat on it” , “Put them in text books, these niggas history”, “You would swear it’s Black Friday how I’m gettin’ deals”, “I’ll kill a track and send my condolences to whoever made it”, “The track will need forensics”.

There were bad parts of this album as well though. First, the production. The entire album lacks punch no matter what system you put it in. With songs that mysteriously change chords, lazy looped chords, and lot of tracks that sound like freebies, the music comes off much flatter than you’d expect on any release from someone that’s in the game, not trying to break into the game. Like I mentioned in my review, there are some really good tracks here too but the dividing line between the two extremes is cavernous. Second is that there were plenty of examples of lazy lines as well. Some examples are:

“Get back in the whip and bust me down like a cancer stick”, “I do this, skedaddle/I’m crack boo, they should come and stick me in a capsule”, “We’ll chitty chitty bang bang all over ya fitted cap”, “Lookin like a polar bear slapped me with a bowl of rice”, “I got guns I can barely lift they heavy”.

Now, I have to admit that if you aren’t really a fan of the group, don’t mention that in the intro of a review. Folks will essentially stop reading and color your comments as hate. Also, after reviewing the album, I realized that there is a thing as too many metaphors/punch-lines. His “style” has no rhyme that develops longer than the sentence before it. So it’s like an endless battle with some imaginary opponent. Even with his moments that show skill, his comas of lethargy triumph this album and leave you with little more than fleeting moments of “oh, that was cool” . This problem provides rarely any reason to hit rewind on any song. All in all, when I go back to listen to the album again, I’m still not impressed and probably even less impressed now than I was then. If I were reviewing this album today, it would probably get just 2 stars as I think it’s overall, less than average. The most telling thing about the hype machine is how we did a review for his previous album a few months before this album, and not only did it get just 2 stars, my brother in fro’dom said the same things I did and got not one comment. Where were the riders then? I guess the bandwagon hadn’t stopped in that neighborhood yet.