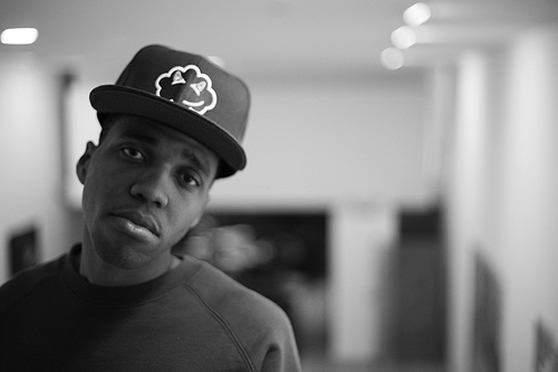 For a few reasons this week, I was interested in how Curren$y‘s new album Pilot Talk did in terms of sales. This is mainly because up until now he has been a independent artist. Also because Def Jam wasn’t really  promoting this album (I even heard of the physical albums being hard to find in some areas).  So with that said, Pilot Talk sold roughly 11,000 copies and debuted at #39. While some may think this is a loss, it may not be that bad at all. First, a lotta material on the album was tracks that was already in floating around on the Internets for a minute; that cuts down costs a lot. Secondly, I don’t think anybody really thought Pilot Talk would be a huge success sales wise. It’s not your regular formulaic rap album of today  (No R&B chicks on the hook, no huge features besides Snoop, slow tempo, etc. ). Plus, after watching this video, I’m sure Curren$y couldn’t care less. JETS FOOL!!! [Read P from da D, Chew, & B-Easy’s review of Curren$y – Pilot Talk]

Paul Wall also released an album last week. Heart Of A Champion, Paul’s 4th album, debuts at #58 and sold around 7,600 units. Even though Paul’s not putting up The People’s Champ numbers anymore, it’s not a terrible album and it does showcas Travis Barker’s improving production skills. [Read B-Easy’s review of Paul Wall – Heart Of A Champion]

Following the trend of late 90’s Hip-Hop sequels, Capone-N-Noreaga return with a follow up to their 1997 debut with The War Report 2: Report The War. Being that the music on this album caught the feeling from the late 90’s, I kinda figured it wasn’t gonna be popular at the registers with today’s audience. It charted at #104 and sold almost 5,000 units (Not terrible considering). [Read Arkitekt’s review of Capone-N-Noreaga – The War Report 2: Report The War]

I only included M.I.A.‘s album here because I wanted to type her new album title (Maya) the cool stylized way everybody else does: /\/\/\Y/\. Okay.

At this point, it’s safe to say that the sales of Eminem’s Recovery are ridiculous. Almost 200,00o in it’s 4th week? Damn.

I’ve also noticed that B.o.B’s The Adventures Of Bobby Ray is doing a good job of hanging around. Another radio hit and it should go Gold.

Next week we see how Rick Rozah does with Teflon Don. BAWSE! Update: Looks like Teflon Don will do 170-180k in sales for the first week. Diddy & Khaled better get out there and buy some albums!

Update #2: I forgot about Stat Quo’s Statlanta. And seeing those sales figures, it seems like almost everybody else  did too. Added his numbers below.