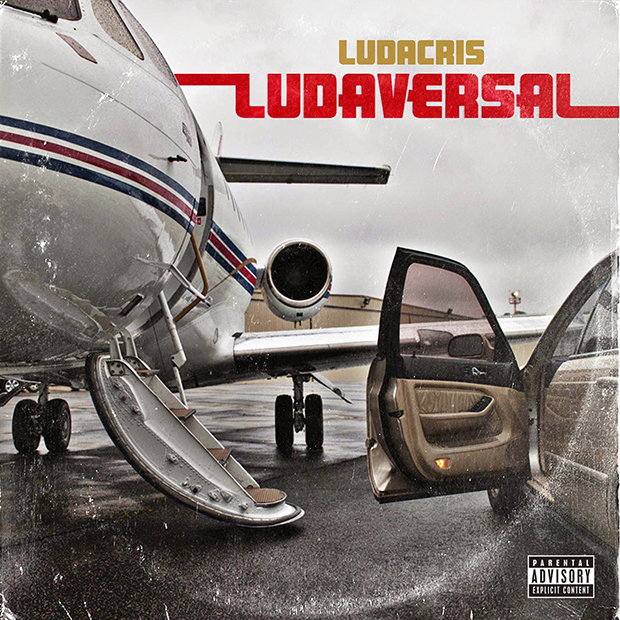 It’s crazy to think that the year 2000 was 15 years ago! Rappers who are now veterans were just getting their start back then. Eminem was quickly becoming the biggest rapper in the world. Jay-Z was beginning to get the mainstream attention he bathes in now. Kanye was the man behind the scenes instead of creating them. And Ludacris had just brought out his debut album Back for the First Time. In that decade and half since Luda has attained so much success it’s like he flew too close to the sun. After a few years of selling millions of records Ludacris found himself in a difficult position. He was suddenly a veteran and a new breed of rapper was taking over the airwaves. In a sign of desperation Ludacris took a chance by appearing in the then up and coming Justin Bieber’s first single “Baby”. The song may have set the rapper up for life but it also made his hardcore fans turn their back on him. Five years since his last album Ludacris is inviting us back into the realm that isn’t universal but Ludaversal. The question is, do we want to venture into it?

1. Ludaversal Intro
Produced by David Banner
If Ludacris is known for one thing it’s that his albums always begin with a banger of an intro that hits so hard you have to rewind the track before listening to the rest of the album. Well thanks to David Banner and the born again hunger in Luda this is exactly what we get. Luda’s rapid-fire flow is spat over the fast paced track and the MC even switches flows multiple times. This is a good sign of things to come.

2. Grass Is Always Greener
Produced by Da Internz
When Ludacris premiered this song on Late Night with Jimmy Fallon it showed that an honest, less Hollywood version of the rapper was maybe coming back. The song’s theme is about the struggles of fame and image. Luda questions things like what’s better, being a respected underground artist or making hits to become more successful and maybe lose some real fans along the way. This honesty is much appreciated especially since he has been guilty of making tracks with pop stars to raise his profile. Da Internz provide a banger of a beat and Luda eats it up while spitting real lyrics.

3. Call Ya Bluff
Produced by SykSense
Goddamn this beat goes harder than titanium and Luda has verses to match. It’s hard to imagine this is the same man that did a track with David Guetta. It may be Luda is finally taking a step back and analysing his ways because he is really calling out people without calling out names here. The chorus alone should be considered fightin’ words. Add that to the some slick lines like: “Then I gotta come where you live/You takin’ food out they mouth so I gotta put a fist in yours”. The verses are so quotable you’ll forget you’re being threatened.

4. Lyrical Healing
Produced by Illmind & Frank Dukes
Luda literally takes a minute out to rap over a jazzy beat and spit lyrics that reminds us why he was considered one of the best. It’s just pure rapping over a dope beat. Real Hip-Hip.

5. Beast Mode
Produced by 1500 or Nothin’
This marks the fifth song in a row that has Luda going crazy on the mic and it’s a beautiful thing. So far there have been no gimmicky songs or radio tunes. Just banger after banger of lyrics and awesome beats. Even though we’re not even half way through the album it’s clear that Chris Lova Lova has been paying attention to what the fans have been saying. There is no hook on this one either so there is no resting place for the listener. Try keep up with each bar because they’re all quotable. Beast mode indeed.

6. Viagra Skit
Yeaaahh! There are signs of the old Ludacris shining through still. Old fans will be pleased to know that this album features one of Luda’s hilarious phone skits. I won’t go any further in case I spoil it but it’s pretty funny. Not as good as his previous ones but a notable throwback nonetheless.

7. Get Lit
Produced by Da Internz & Lil’ Ronnie
It’s not a Ludacris album until there’s a party anthem and that’s what we get as we enter the second half of the album. This song not only proves that the rapper from the ATL still enjoys a good drink but it also shows that he still has different flows to use to keep on top of this intricate beat. There’s not much else to say besides this song will probably get your church turnt up on a Sunday. 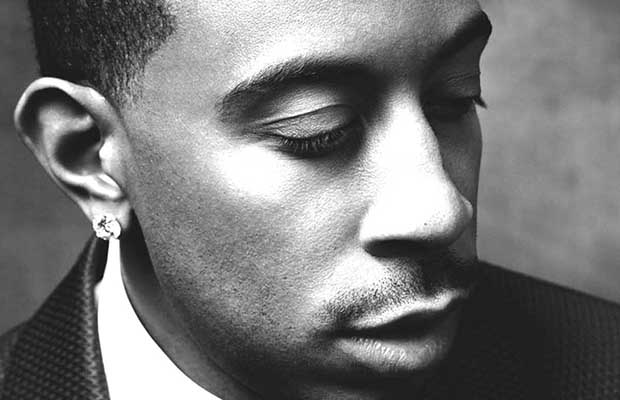 8. Come and See Me Interlude
Produced by DJ Toomp
Again we get another short track that clocks in at just over a minute. This time though a concept is provided that goes beyond just being a beast on the microphone. Here Luda tosses up the choice between his car and his lady. Spoiler alert: He goes with the car. The beat by DJ Toomp is perfect at just a minute long as it’s a head banger but is also repetitive. It’s a less is more kind of thing.

9. Come and See Me
Featuring Big K.R.I.T.; Produced by Mike WiLL Made It
As a continuation of the theme from the last song, Ludacris raps about his love of all things cars. Ludacris has made this song a few times before but the difference here is that he is doing what all veterans should do and passes the torch to the new generation. Trading verses with freshmen Big K.R.I.T. is not only a good look but also makes for good music. The two rappers bring two different styles to the table to make the perfect song to cruise to.

10. Good Lovin’
Featuring Miguel; Produced by Da Internz
The title of this song may have some fans worried. Has Ludacris just thrown away all the good work he’s put into this album by carelessly including a cookie cutter track for the ladies? And the answer is nooooo. Thank god. Luda takes the time out to make a very honest and soul-baring track that delves right into a broken relationship. He even strips away at his pimp image in order to pen a sincere letter to that lost love. Damn, this makes me want to call my old girl. It doesn’t help that Miguel bleeds his heart all over the chorus.

11. Ocean Skies
Featuring Monica; Produced by J.U.S.T.I.C.E League
Keeping with the heart-opening theme of honesty we are treated to a glimpse into Luda’s personal life. It’s hard to imagine that since Luda has been around for 15 or so years that we haven’t heard every story from him. Right here he opens up to talk about his father’s battle with alcoholism and his eventual death because of it. This track makes it really hard to listen to the previous song “Get Lit”. Ludacris’ voice doesn’t hide any pain, as it’s clear he’s venting his soul over a powerful beat. True artistry.

12. Not Long
Featuring Usher; Produced by Mel & Mus
To be honest, the Usher feature was a little worrying but luckily nothing cheesy was created here. The two team up to make an inspiring song about Luda’s first struggles of being a rapper. Though the viciousness of the first album has suitably been left behind there is still a whole bank of passion on display. This is a “we-made-it” track that doesn’t ball out too hard for the average listener.

13. Charge It To the Rap Game
Produced by Illmind
This could also be titled “Tell Like It Is Part 2” as it’s a step-by-step manual on how to avoid the pitfalls of the music industry. Then again there probably enough downsides to the rap game that there needs to be multiple songs made. The beat knocks hard enough without taking away from what’s being said. Listen up new MCs.

14. This Has Been My World
Produced by Just Blaze
First off, is this the first time Just Blaze and Ludacris have collaborated? It’s crazy that they’ve both been around for so long and the two haven’t been in the studio together. The beat is interesting but isn’t Just Blaze’s best work by any means though it does put an interesting spin to Michael Jackson’s “Human Nature”. Luda uses this closing track to seal off the album by touching on a bunch of topics. He isn’t afraid to be inspirational with this one, which is probably the best way to finish off an album.

Bottom Line:
It’s hard not to say this album is great compared to Ludacris’ subpar material he’s released in the last few years but judging independently, it’s still a great album. Ludaversal is not breaking new ground or pushing any genre boundaries. What it is doing is showing rap fans that not only can good ol’ lyricism equate to quality songs but also that Ludacris is back to fine form. Remember when he proved himself on the “Made You Look” remix with Nas and Jadakiss? Well that’s the Luda we get here. What the album is also achieving is showing that Ludacris is in competition with himself and for the most part he is winning. We get a chance to look into a new part of the rapper’s personal life even though he’s been telling stories on the mic for more than 15 years. “Ocean Skies” is Luda at his most vulnerable and should be applauded for it.

Tracks like “Grass Is Always Greener”, “Call Ya Bluff”, “Come and See Me” and “Good Lovin” make me want to eat the words I penned to Ludacris a few years ago. Trust me, that’s a good thing.

The first five tracks has him going so hard that it’s hard to imagine that the microphone he was recording on didn’t melt. The order of the album’s track list is perfect as the first half is dedicated to just dope verses over incredible beats, while the second half is all about wearing emotions as a badge of honour. Essentially what Ludaversal is doing is welcoming the listener into the world of Ludacris; a man who’s extremely talented, who’s seen many ups and downs both professionally and personally, and a man who just likes to have fun when he can. This album is the perfect mix of the different sides of Ludacris. He spits hot fire for several tracks, and then opens up enough to show his spirit and soul then leaves on an inspiring note.