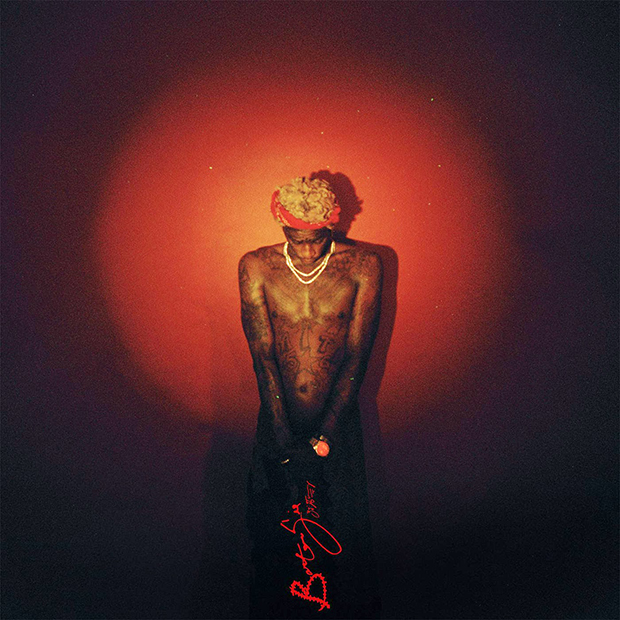 What’s good world? It’s Blog$quiat and I’m back on my game b… I been gone a while but I had to get my stuff together. But I’m here now son, go ahead and pull up a chair, charge your phones and stuff, prepare your mind, get something to drink and a snack, and be prepared, cause this is otherworldly…

Okay let me get into it, lets talk about the man of the hour, Young Thug. This guy is (like it or not) one of the more polarizing figures in Hip-Hop right now. He got catchy bangers and he’s constantly the talk of the town (Twitter, basically). Amidst all of his hype, gay rumors and suspect tweets (Smokin’ penises?), fantastic guest appearances on songs with Travi$ Scott, T.I., and others, his alliance with Birdman, co-signs and disses by legends, Young Thug has remained hot (pause). All of that said, let’s get into the review…but FIRST…

Disclaimer: The views you are about to witness…are not the views of the other writers on the nappyafro staff. Parental Advisory; this is not for children at all.

1. Constantly Hating
Featuring Birdman; Produced by Wheezy
Alright, here we go fam. This is a very appropriate title for the opening track, considering how much hate he gets for everything (The original album title, Wayne beef, being a mediocre MC, so on and so forth). Self-inflicted or not, Thugger does catch a lot of flack for the way he rolls. HERE in the title we have our FIRST pause worth moment in the hook. “Pussy niggas hold their nuts, masturbatin’ on you…”. What my dude? But beyond that the beat is peaceful and I’m not MAD at the track, plus Birdman didn’t COMPLETELY ruin the song. The Wayne influence is obvious…

2. With That
Featuring Duke; Produced by London On The Track
This is one of the harder hittin’ joints, filled with SKRRRRRRT ad libs and Thugger doing what he does… rappin’ about bitches, skrrrrt, bands, drugs, and typical Thug things, and I’m sure this isn’t the last I’ll hear of London. There isn’t really much here and this sounds like a typical Thugger track. It’s not really a skip joint; London’s beats usually are decent enough to enjoy the track. That’s pretty much the case here.

3. Can’t Tell
Featuring T.I. & Boosie Badazz; Produced by… London On The Track
Here’s something I was kind of looking forward to; we got a banger here folks. We got a slick Wayne diss (irony?), a couple of veterans on the track, and a simple beat. Not gonna lie, I really didn’t expect much from T.I. but he delivered here. Honestly it sounds like a more hype version of the last track. Boosie comes in with a decent verse, and of course we’re glad to have him back; now they just need to free Guwop.

4. Check
Produced by… guess who
If it ain’t broke don’t fix it right? Not bad here, the beat is cool, but I’m starting to notice this repetition. We’ll see how this effects what’s happening later. He’s got it all, money, women, cars, lean, bricks, chains, blunts. RAPPER STUFF! I really loathe the hook here man. Thugger sounds like he just learned to rap. Well, he sounds like that all th-…nevermind…next song.

5. Never Had It
Featuring Young Dolph; Produced by Wheezy
Okay there was a hilarious ad lib here man, early in the track he says some generic line about a car then does this overdramatic Migos-esque SKRRRRRRRRRRRRT…dawg…anyway though…RAPPER STUFF. I’m not mad at this beat and there’s a clear Wayne influence that makes me actually like this song (Obvious Wayne fan bias is obvious). Young Dolph stood out here man. He pays his tithes with trap money; amazing. “Momma call all my big booty bitches trashy”. I’m okay with this…next.

6. Dream
Featuring Yak Gotti; Produced by… obvious production is obvious
Okay so I’m guessing I’m noticing a pattern here. Simple production, a lazy hook, a random guest feature, and a cool Wayne inflection on the voice, and you have your Thugger songs. I’m not mad at the hook though.

A young nigga’s life is a dream
We ain’t lettin’ no hoes get between
When my diamonds speak, they say ‘bling’
Yellow diamonds, no crime scene

7. Dome
Featuring Duke; Produced by… mhm
Nah this is not okay fam. Ultimate level of skips; I wouldn’t wish this on my worst enemies ears. It took a deep sea dive into my recycle bin. Never again. Ever. NEXT. And no I will not explain why. Listen at your own risk son. NEXT. 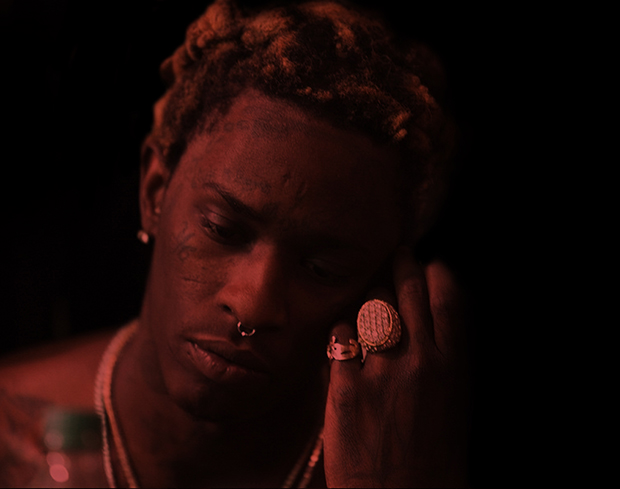 8. Halftime
Produced by Kip Hilson
Hey…a different producer, and you can tell. So far this is the best song on the album my friends. And what? A sight of bars (by Young Thug standards b). Youngin’ bought some bars with him after all. The Wayne influence is really clear here…and it’s actually DOPE. He addresses people stealin’ his swagger and style and how (for better or worse) is setting trends.Hee also aggressively addresses those pesky gay rumors. I’m okay with this.

No Memphis Bleek, I own the Roc not Jay-Z. Ya dig?

Everytime I dress myself it go motherfuckin’ viral
They say niggas stealin’ swag, bring my shit back like recycles

9. Amazing
Featuring Jacquees; Produced by… yup
Young Thug really doesn’t take a step back here. It seems like he’s taking time to reflect on how awesome things are in the life of Thugger. Good enough for me because there isn’t too much here to get mad at. It’s pretty much nothing here. *insert sleeping emojis here*. Anyway though, next.

10. Knocked Off
Featuring Birdman; Produced by Wheezy & Ricky Racks
Alright, so let’s talk about how Birdman doesn’t completely ruin the song here. I mean there’s not anything too spectacular either here. This won’t make you say…”AYO SON RUN THAT BACK THAT WAS AMAZING B” by any means my dude, but I’m not mad at it. This is starting to sound like a less awesome version of Like Father, Like Son… which is okay.

11. OD
Produced by… yeah you guessed it
Another clear influence from Wayne; this joint is a tolerable salute to his homies whether fallen or alive, and a RIP to Mike Brown too. This is easily the most introspective I’ve seen Thugger. This is a clear “fuck the police” type joint right here, and how Thugger is loyal to his “slimes” so I’m not mad at this. He brought something different to the table here and took a step forward. Not bad at all.

12. Numbers
Produced by London On The Track
Let’s be honest here, I’m gonna need this guy to stop doing that singing thing he’s doing; that’s gotta stop now. There’s not too much here, it’s a really chill joint and a low key bragging joint about his successes and sort of how only he can stop himself. It’s not too bad either. There’s a common theme and word throughout this project: Tolerable. I’m not gonna say, “YOOOOO turn on track 12 on Barter 6”, but it serves purpose.

13. Just Might Be
Produced by Wheezy
I was for sure surprised by the cool lil’ Twista/Migos flow here. And it’s the same subject matter but the production doesn’t slack here. There’s an obvious Wayne influence (yet again!) and sure it’s RAPPER STUFF, but sometimes that’s what you need sometimes. SO in summation (Jay-Z voice)…

Bottom Line:
This wasn’t AS BAD as I thought it was…I mean it’s not gonna be my first pick on a playlist. He sounds like a down syndrome (I mean no offense) Lil’ Wayne clone. Let’s be honest. He’s awesome when it comes to getting his attention. This might have been my toughest review yet because it was kind of tough to figure out what dude was saying, but that’s not the point here. The point is…nothing that he does makes me say “AYOOOOOOOO”…his more impressive joints have me like…”hm…alright not bad”. But he’s got plenty of growing to do as an artist. He kinda gotta hit the drawing board and see what’s going on. There’s bits and pieces but not much. I don’t think he’ll match the creativity of “Lifestyle” or “Stoner”