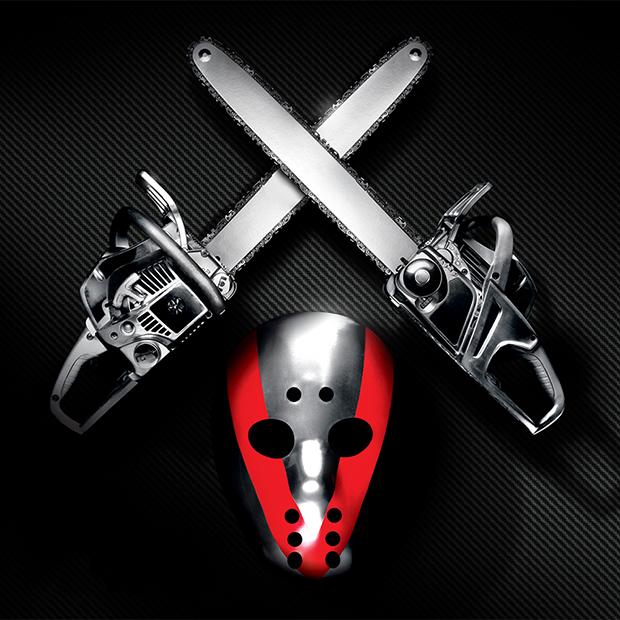 Shady XV (Shady 15 for those who hate Roman Numerals) is the new compilation album from Eminem’s own Shady Records. This is a 2 disk album with the first disk being all new material from various artists and the second disk being a greatest hits collection from many of the same artists. I will be reviewing the first disk which mainly features Eminem, Slaughterhouse, and a few other artists.

Oh Eminem it’s been too long. Your above average Marshall Mathers LP 2 from last year was not shady enough for me, but here you come with the shadiest record ever, it has 15 times the shady. Shitty puns aside (sorry about that) we have a new album headlined by Eminem,;sweet, or is it? It’s been a while since I’ve heard my favorite side of Eminem. The raw uncut emotion, the funny ass lyrics, the dark tales and heroic triumphs, Basically pre Relapse Eminem. The album before Relapse, Encore, had some terrific songs. The hilarious song “Ass Like That”, the darker song “Mockingbird”, and the eye opening “Like Toy Soldiers”. But then Em fell hard, and in my eyes he kept slipping. But I think he redeemed himself with MMLP2 so where to from there? Eminem decides to make this album Shady XV. Is it gonna be good or is my review gonna anger all of Detroit?

1. Shady XV
Performed by Eminem; Produced by Eminem
Oh god, why did you do this to me Em? Where do I start? Guess I’ll go after the instrumental first. What the hell is this, some weird ass 2000’s feel good pop rock for the whole song, not even just the intro, the whole damn song? Like what? The lyrics are easy on the ears and sound good, but hold little meaning and are nothing more than nice sounding rhymes. There are no connecting threads throughout this song, it sounds like a speed up freestyle (It would be a hella good freestyle though). I would recommend skipping this song entirely, it’s almost cringe worthy.

2. Psychopath Killer
Performed by Slaughterhouse featuring Eminem & Yelawolf; Produced by Boi-1da, Just Blaze, & The Maven Boys
Ok, now this is something I can get behind. This is a Slaughterhouse song, with the first verse done by Royce. He kills it, talking about how he’s a psychopathic killer off lyrics. He proves he can pull out a sick verse and delivers. The instrumental fits the song very well, but the chorus is pretty annoying. The instrumental itself is however a nice eerie beat that sounds lonely and epic, I like it. King Crooked’s verse does its job, but it’s not as good as the previous verse. Finally we have Em’s verse. This verse is good, but Eminem really needs to slow his damn roll. He goes at the speed he did in “Rap God”, and it gets annoying, lyrically the verse is pretty damn good, but delivery needs to be better.

3. Die Alone
Performed by Eminem featuring Kobe; Produced by Eminem & Luis Resto
This song has a very odd beat. It’s hard to describe, but it sounds poppy, not like pop rap, just pop. The chorus ain’t bad either. Eminem spits some verses with meaning, and drops some great bars, the whole theme of the song is about Em’s loneliness and he illustrates it well. This song is good, but the lacking instrumental and speed of Eminem’s delivery hold it back.

Walked up to that Ke$ha chick (what up?)
Said my name is Booger, wanna catch a flick?
I’ll even let you pick, make her fetch a stick
Bet you if you get this old dog these new tricks
To get familiar with I’ll learn extra quick
Kick a pregnant bitch, oops, I guess the shit
Took an unexpected twist like the neck of the freaking exorcist

On the horror side of things he threatens to rape Iggy Azalea; damn Slim calm down. The faster delivery suits the song well, as does the instrumental. The instrumental is very basic, just some drums and synths, it serves it’s purpose as a backdrop for Em’s twisted lyrics. Thus far in the album this song has Em’s best verse and it’s maybe the best song so far.

5. Y’all Ready Know
Performed by Slaughterhouse; Produced by DJ Premier
I really like this beat,as I should for a DJ Premier beat. It’s a fucking sick beat honestly, so late 90’s (my favorite era). This is the only Slaughterhouse only track. And its pretty great. Joell Ortiz starts it off, and he spits straight fire through and through. Then comes Royce who, not to be outdone, delivers a killer verse. Then not to be shown up Joe Budden comes in and slays the beat with more sick rhymes. Finally Crooked I delivers my favorite verse of the whole album, save the best for last they say, and they should of made this the closing track because along with the killer lyrics, the chill beat makes this song without a doubt my favorite on the album. This song has a music video so check it out. 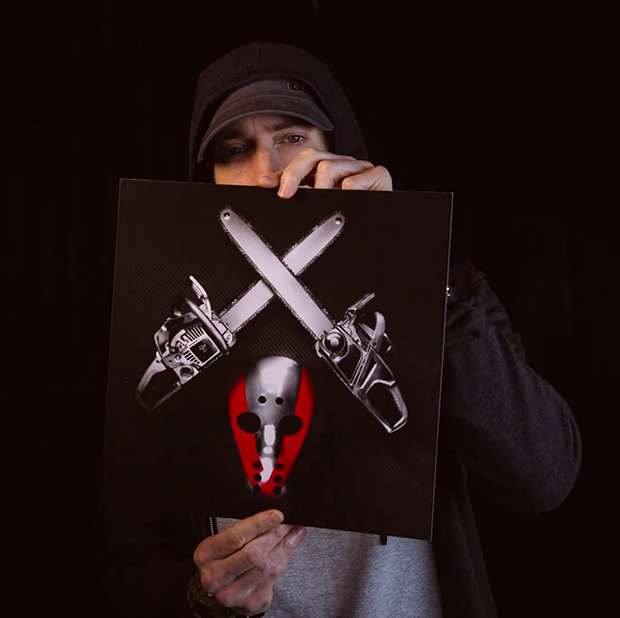 6. Guts Over Fear
Performed by Eminem featuring Sia; Produced by Emile Haynie, John Hill, & Eminem
I really don’t like this song’s instrumental; it’s poppy and annoying. Sia sings a fine chorus, but it can’t save the bea, and Em brings some good shit lyrically about his life and it’s one of his best verses on the album. It’s an above average song

7. Down
Performed by Yelawolf; Produced by Conrad Clifton
I really like the heavy drums of the beat and the beat is overall great. The chorus ain’t bad either. Yelawolf delivers some good verses. It’s just a nice feel good song that reminds me of some weird country music, but it kinda kicks ass.

8. Bane
Performed by D12; Produced by Mr. Porter & Marv Won
This D12 track ain’t that bad besides the over simplified beat. The verses are pretty good and even though the artists flows are very similar in this song, the dirty dozen deliver an above average track for this project.

9. Fine Line
Performed by Eminem; Produced by Eminem & Luis Resto
Odd intro, nice piano throughout the song, and nice drums in a overall a chill beat. A decent verse from Em, this song isn’t as in your face as the other songs, especially the chorus of this song which kinda lingers under the beat only surfacing for a few seconds at a time. Pretty good song.

10. Twisted
Performed by Skylar Grey, Eminem, & Yelawolf; Produced by Eminem & Luis Resto
Nice singing and background drums on the whole track. This song escalates in intensity until about 3 minutes where Yelawolf spits a pretty sweet verse, he fits perfectly with the most laid back track on this album, since it’s the only real singing track on the album. I’d definitely listen to this song again.

11. Right For Me
Performed by Eminem; Produced by Eminem & Luis Resto
This song has some weird lyrics. Once more Em brings little variation with the great flow and the sound of the lyrics. But the lyrics are pretty boring as a whole. The beat fits the song well and has some nice piano that goes with the cacophony of instruments on the chorus. This song is pretty much average.

12. Detroit vs. Everybody
Performed by Eminem, Big Sean, Danny Brown, Dej Loaf, Royce Da 5’9″, & Trick Trick; Produced by Statik Selektah & Eminem
This song is the most important of the album. As the lead single and most promoted song, it had to deliver. Thankfully this song kicks ass. Excluding the annoying chorus by Dej Loaf (I REALLY hate her voice, it’s whiny) everyone delivers a sick verse. In order of best to worst verse it goes Big Sean, Danny Brown, and Royce tied, then Eminem. Big Sean spits some hard bars about the struggles of living in Detroit. Danny Brown has my favorite flow in the song and uses his odd voice that reminds me of a high pitched ODB. Royce is just his usual self which is a good thing, he spits some head turning rhymes about the 313. Then there’s Em, once more bringing no variation in flow or anything besides some long as bars with little meaning, they are really just tongue twisters. This is my second favorite song on the album and it ends with a cool outro by Trick Trick.

13. Till It’s Gone
Performed by Yelawolf; Produced by WillPower
I really don’t like this song that much, I don’t mind it, but Yelawolf doesn’t mesh well with the guitar on this song. His chorus makes it sound like a pop track and it only resembles a rap song for like a minute and a half. His lyrics hold no central theme and thus fall short and turn this into a mediocre closing track.

Bottom Line:
This project falls short of good in my eyes. After the Shady CXVPHER video that was released I was really excited because in that video, the Shady records crew comes at us with the sickest freestyle I’ve heard in the last 5 years. But the album does not follow that trend of greatness. It’s an album that’s carried by a few great songs that range from good to pretty damn amazing. The highlight of this album is definitely “Y’all Ready Know” by Slaughterhouse. That song is the only reason I would ever come back to this album (I would really suggest listening to it). “Twisted” is a great change of pace for the album and shows a lighter side of the artists on that song. “Vegas” is good because it reminds me of classic Em. But with all the good is sorta outweighed by the bad. So many forgettable tracks that get lost along the way, and one song I hate more than anything “Shady XV”. That song is so bad, I honestly wish it never existed, it single handily reminded me that Eminem will never be as good as he once was, neither will any of his albums, which is why I give ShadyXV a 2.5 out of 5.