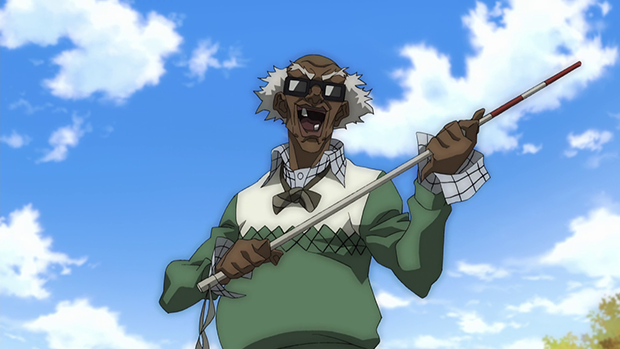 It’s the next to last episode of The Boondocks so it’s as good a time as any for the return of Stinkmeaner (Well, it’s technically a clone of Stinkmeaner but whatever). It’s also another Granddad heavy edition and even though I’ve been complaining about that most of this season, this wasn’t a bad episode.

The episode deals with the world’s obsession with fight videos and how we sometimes forget to do the right thing. It would have been cool if there was a “Worldstar!” yell during Stinkmeaner & Granddad’s multiple fight scenes, but I’ll take what I can get. Next week is supposed to be the last episode (maybe ever) for The Boondocks but before that, here are more thoughts about this week’s episode, “Stinkmeaner: Begun the Clone War Has”: