WWE Money In The Bank 2014 Results: Cena Is The Champ & Seth Wins The Contract 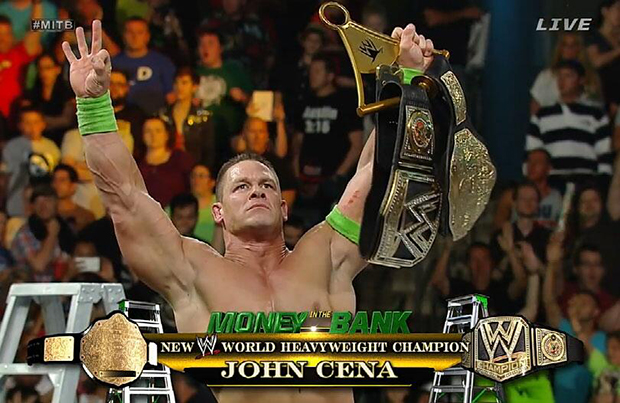 Going into this year’s Money In The Bank event, I went back and forth on who to pick the winner in the main events: The traditional Money In The Bank (MITB) Match & the WWE Heavyweight Championship Ladder Match. But as soon as it’s over, the results were kinda obvious (If Kofi would have won though). Of course John Cena was gonna win the title(s). Of course Seth Rollins was gonna win the MITB contract. But of course, hindsight is 20/20.

The event itself wasn’t too bad. The WWE threw in some RAW quality matches which to me is never a good thing. The championship ladder match wasn’t as good as the MITB match but GQ has been predicting that for a minute now. Speaking of the MITB match: