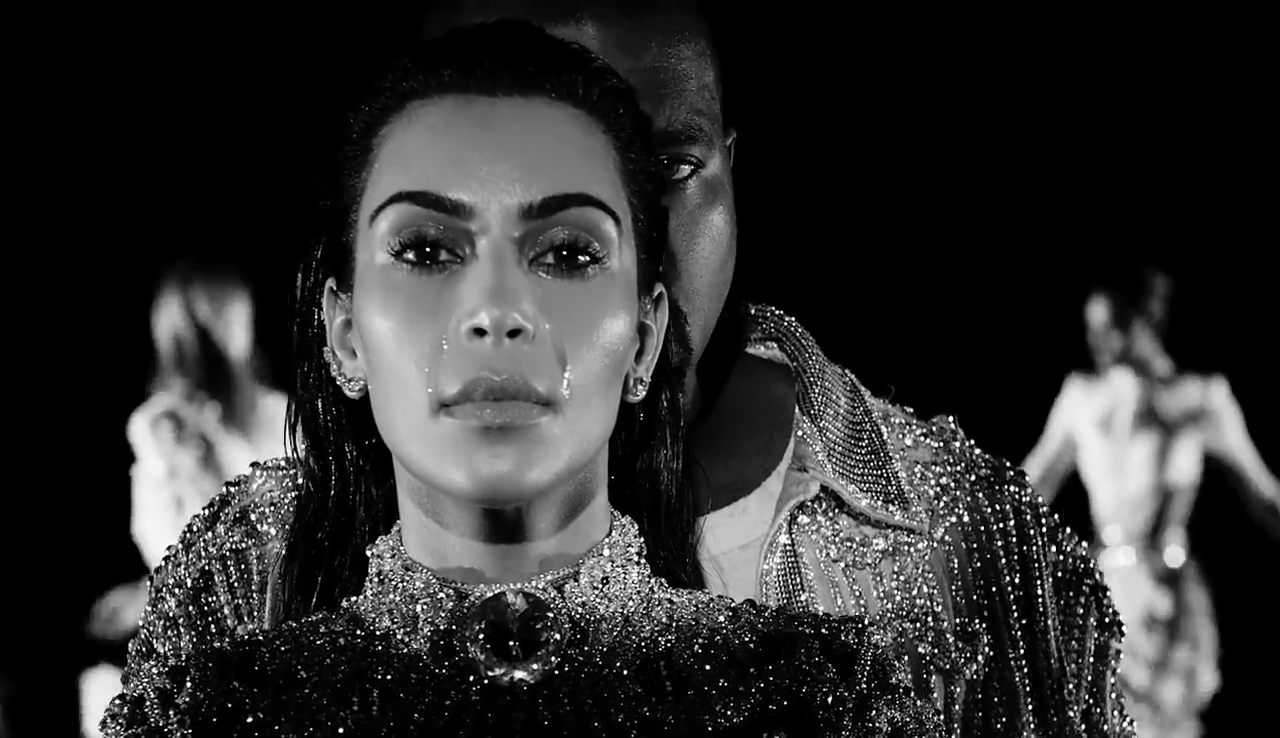 We’ve seen lot of twists and turns with Kanye West‘s song “Wolves”. We first heard it played during the Yeezy Season 2 fashion show. Then he preformed it on Saturday Night Live. Then the version that was on The Life of Pablo replaced Vic Mensa & Sia with a Frank Ocean feature. They there were brought back on a updated version of The Life of Pablo. And now we have the music video that coincides with Kanye’s partnership with Balmain.

There a lot of “fashion” shit on going in this video like Yeezy crying and models wearing ugly clothes, but I’ll admit that there are a lot of cool visuals. Kanye also brings Kim Kardashian along. Speaking of Kim: Kanye singing that line “I know it’s corny niggas you wish you could unswallow” while standing right behind her is kinda weird right? It’s definitely true but weird.

Directed by Steven Klein. If you haven’t, go ahead and check out our review of The Life of Pablo we did way back in February.