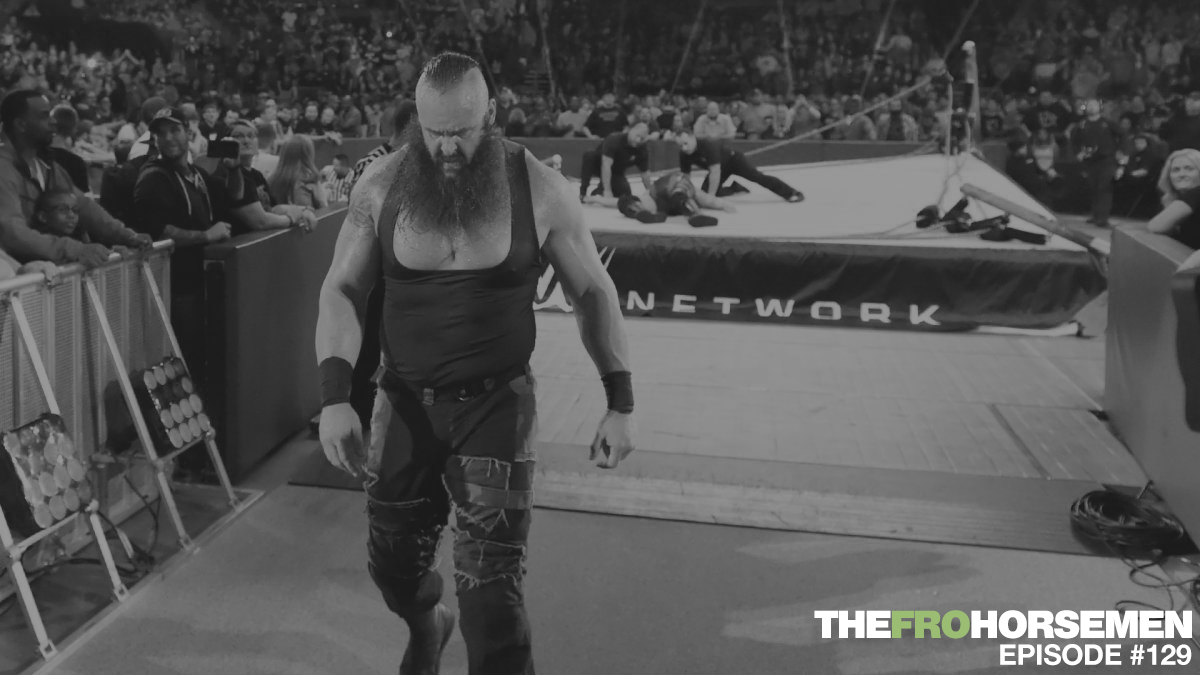 This week’s episode of The FRO Horsemen is cool for a few reasons. It was taped right after GQ-Blu attended SmackDown Live. This also makes two consecutive weeks that you get a new episode (That also coincides with “LeBraun” Strowman being on the episode artwork for two straight weeks).

In this episode the guys talk about Jinder Mahal earning the #1 contender spot for the World Title, WWE’s current job of making a monster heel, the whole JBL/Ranallo bulling situation, and much much more. Ring the damn bell and hit play.