The blockbuster season has started early with the release of Ready Player One, coming from the greatest director to ever live, Steven Spielberg, and based off the book of the same name by author Ernest Cline, who also wrote the screenplay. This $325 million epic has been long awaited by fans of the novel. With a budget as large as Ready Player One, Warner Brothers are taking a risk opening a film like this so far out from the summer season. But I guess the success of Black Panther showed you can open a film at any time; if it’s good people will go see it.

Ready Player One stars Tye Sheridan as Wade Watts, a teenager living in The Stacks, a type of ghetto in Columbus, Ohio in the year 2045. Wade spends most his time in a virtual world known as The Oasis in the form of an avatar. The Oasis is visually stunning as in this computer-generated world you can be anybody you want to go anywhere you want to. The Oasis is filled with pop culture references from the 80’s and 90’s including music by Van Halen and characters like Batman and Donkey Kong. 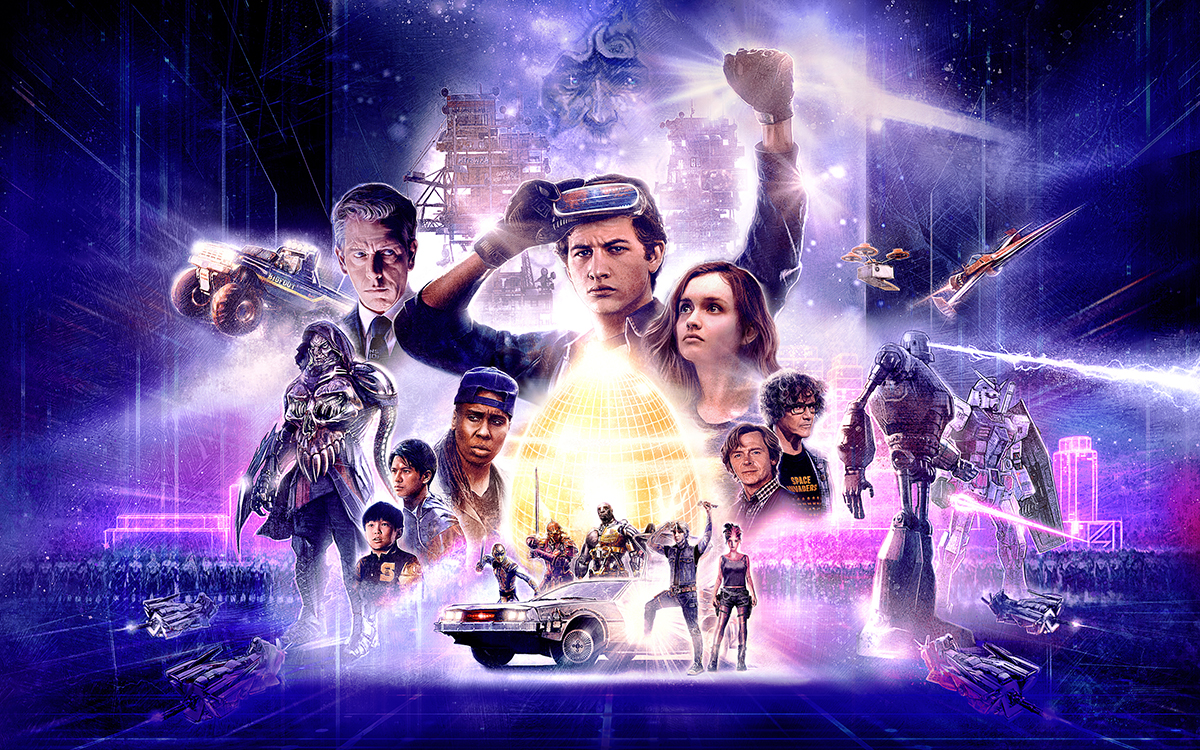 When Oasis creator James Halliday (Mark Rylance) dies he leaves behind three easter eggs in The Oasis  and whoever finds all three easter eggs would gain control of The Oasis. This sends Wade into a hunt to discover the easter eggs with his virtual friend Art3mis (Olivia Cooke) by his side finding clues and solving riddles leading them closer to the eggs as they are in a race against time as corporate companies are looking to come in and take control of The Oasis led by Nolan Sorrento (Ben Mendelsohn).

The film spends most its time in The Oasis and as stunning and hip as it is I desired to see more of The Stacks and how that world operated. If its one thing about Spielberg he knows how to craft an adventure. the film is just over two hours long but it doesn’t feel like as it’s fast pace from the moment it starts to the end. Sheridan caries this film pretty well coming off the X-Men franchise playing Scott Summers. It’s nice to see Spielberg return to form as he knows how to visually entertain you. Ready Player One is fun to watch but its nothing special. It doesn’t compare to the Spielberg classics like Jurassic Park and E.T.. I give this film 7/10