DJ Jazzy Jeff – The Return Of The Magnificent [Review] 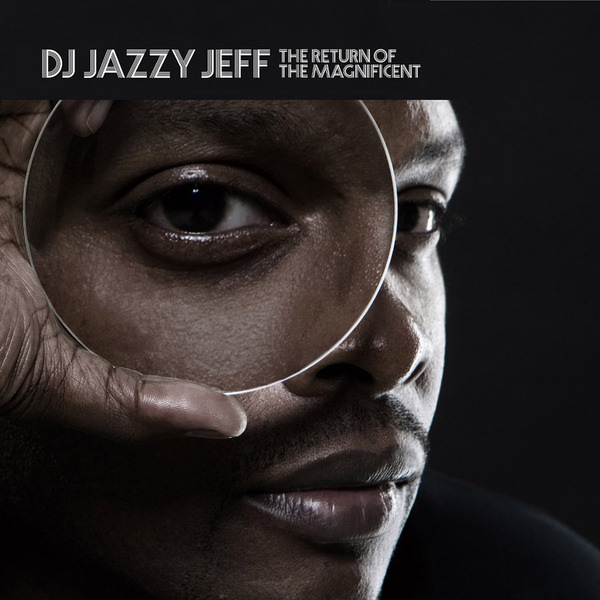 Jazzy Jeff jumps back into the Hip-Hop rat race after being out of it for years. Only this time he returns without his tag team partner…the Fresh Prince! How is he going to deliver an album without his boy? Well let’s go on this musical journey and see if Jazzy can bring it.

The album starts off with a track titled “Hip Hop”, the beat sounds like vintage Jeff, the thing is I don’t know who is rapping Jeff or this Twone Gabz cat. Well it’s a good way to start an album off. “Let Me Hear You Clap” features Posdnous sounds like something De La Soul would have ripped, but now it just seems like Jeff and Pos left food on the table. “Run that Back” is next, the beat has a dreary sounding beat. I guess that the two rappers on this song are two that Jeff signed. Well don’t run this back. “The Definition” is up next featuring Kel Spencer. The beat is kind of nice, like a sunny day nice. But it overshadows Kel’s rhymes. If you like nice beats, this is one for you. Up next is “Touch Me Wit Ur Handz” featuring ChinahBlac. This one sounds like a Floetry song, so if you are in to them, you probably will like this one. Okay to speed things up we have “Jeff N Fess”. Rapping over a revamped old beat, Rhymefest spits on this one. Check for this one. “Practice” is next up, sampled Allen Iverson’s famous “practice” speech. But this track also uses Main Source’s “Looking Out the Front Door”. J-Live delivers on this one, check it out. “Supa Jean” is next up featuring the one and only Jean Grae. Not that I’m a big fan, I just need to see what everybody’s so crazy about. She is not your typical female MC, but she commands respect in the booth. Check for this one. “The Garden” is next up and Big Daddy Kane turns up for this one. I expected something with a little more tempo, but Kane gives us a 2pac flow, not something you would expect to hear from Kane. “She Was So Fly” featuring everyone’s favorite Canadian, Kardinal Offishall. He is still giving us his wild delivery about a girl he used to like. This one is okay. “Hold it Down” featuring Method Man takes a while to come on but when it does, Method gives us a typical 16. It’s hot, but not Johnny Blaze. It sounds kind of like a mixtape freestyle. “All I Know” featuring CL Smooth comes off with a smooth beat. How else did CL rap? The beat is nice, the hook is nice, CL gives us a nice rhyme. Overall, this is a nice song. “Go See the Doctor” should be named “Go to the Next Song”! “My Soul not 4 Sale” featuring Raheem Devaughn slows it up, samples “Do for Love” on the track. This is one of those songs you smoke to. Next up is “Come On” featuring Dave Ghetto, this one samples All I Need. Dave Ghetto offers a decent verse, not a blazer, just worth checking out. “Brand New Funk 2K7” featuring Peedi Peedi rehashes one of Jeff’s and Fresh Prince best songs, Brand New Funk. Peedi did his thing on this one. This one is HOT! Check for this one.

Bottom Line:
I can’t believe that he did a whole record without the Fresh Prince! Now this album had stellar production, all the beats were above average, but what did you expect from Jeff? Some of the rhymes could have been better, but that was not Jeff’s fault, he laid all the beats down. This album is one of those that you could put on while you are traveling, and listen all the way through. Jeff didn’t let us down on this one. Just wished him and the Prince did a song together.