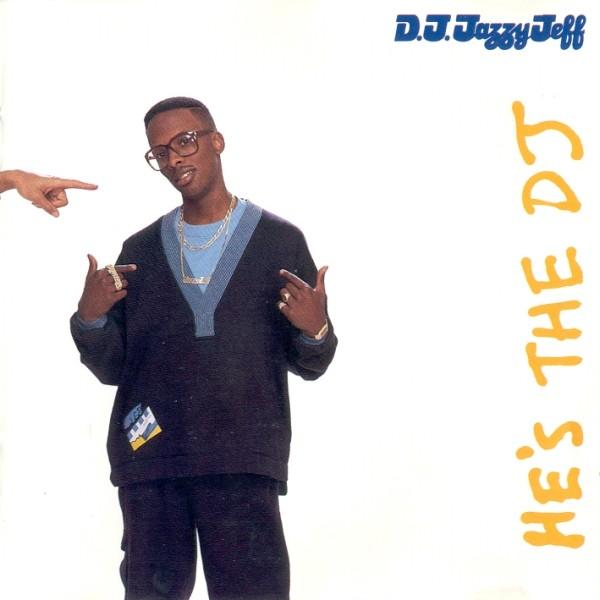 With talk of Will Smith hitting the studio again to record an album, DJ Jazzy Jeff droppin’ a mixtape with singer Ayah, and various discussions of “classic” being thrown around, I figured I’d go ahead and add another bona fide classic to the nappyafro list. This album features the first song to win the Grammy for Best Rap Performance, “Parents Just Don’t Understand” as well as a song that was considered for a movie soundtrack “Nightmare On My Street”. The album went on to go 3x platinum and have 2 singles reaching the Billboard top 20 making it their most successful album. So what makes this classic? Let’s talk about it.

It’s Hip-Hop by Definition
Okay, does this alone make it classic, of course not. However, this does help make it great. When we’re talking about HIP-HOP classics, I think it’s important that it speaks to the culture of Hip-Hop. That inclusion is about, but not limited to, MCing, DJing, breaking, graffiti, and beat boxing. In the videos there was clear presence of graffiti and Hip-Hop style. Beyond that, listening to the album, you can’t deny it. Plenty of DJing and solid quality old school MCing help complete the elements of Hip-Hop with ease. Songs like “Pump Up The Bass”, “Live at Union Square”, “DJ on the Wheels”, and “Hip-Hop Dancers Theme” are all examples of the artist showing why he’s not making rap, he’s LIVING Hip-Hop.

Rhyme Skill
I’m not going to pretend that this rap style is like what we hear today, and while I’m not one to say that it has to all be old school to be good, quality transcends time…classic. “MyBuddy” features some dope storytelling over a beat box beat. Will tells the story of dismantling crews counting down from 10 – 0 and if you put this over a current track, it’s still be dope. Furthermore, one of the elements of MCing that is largely lost in raps current punchline driven culture is the ability to tell a story. Listening to the Fresh Prince tell comedic stories on “Nightmare on my Street”, “Parent’s Just Don’t Understand”, and “Charlie Mack (1st Out the Limo)” makes me think of some of the great Hip-Hop storytellers like Slick Rick, KRS-One, Rakim, Special Ed, Too Short, Ice Cube. His interwoven comedy and rhyme style would also help lay the blueprint for other rappers to do the same and not just tell stories, but add a bit more personality to those stories.

Cultural Relevance
I’ll be the first to admit that just because it’s old doesn’t make it classic…some shit we venerate is just old and we like it. Even our criticism about the nonsensical music of a Souljah Boy and a Cali Swag District can be put on groups like Nice and Smooth or Kid and Play, agree with that or not, it’s true. We would in no way champion those cats as lyrical giants even back then. In this case, the importance comes from this albums’ ability to crossover and ultimately, make Will Smith one of the biggest stars to ever hold a mic. Him embracing his age, the culture, and doing so in a comical, cartoonish way is what kept pushing Hip-Hop as a palatable force for those who weren’t involved with it. This album, along with others, helped influence others to invest in the culture and eventually help make our culture the cash cow that it is now. It clearly helps demark the last moments before Hip-Hop became rap and rap became more important than Hip-Hop.

At the end of the day, it’s all based on opinion right? The important thing to note is that at least half of you that say this album isn’t classic haven”t heard it. If you’re all about guns and violence, hey, don’t bother. Stay where you’re at. But if you’re someone that loves the culture, I don’t think it’s possible to deny this album. Even on an audio level this album can simply be put in and press play. The tracks help frame the time period but manage to steer clear of sounding outdated, even today. For me, by cultural reference, rhyming, and sheer definition of the culture, this is undeniably Hip-Hop Classic Material.