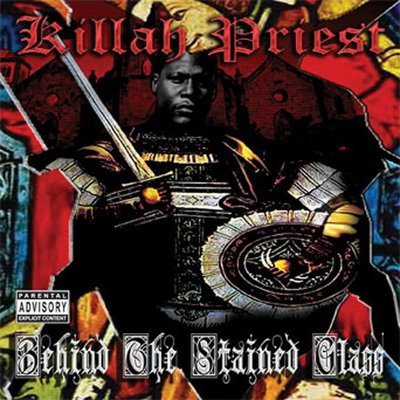 After he became a Wu-Tang affiliate, Killah Priest has had his own cult following. Since his debut Heavy Mental back in 1998, Killah Priest has been making music for his fans without compromising his style. That might be the reason why he isn’t as well known as fellow Wu affiliates. However, Killah Priest has another studio album titled Behind the Stained Glass; a follow up to last year’s The Offering.

I Believe
Killah comes out pretty hard on the first track, the production is nice, and the hook is on the sick side. GOOD START!

4 Tomorrow
Killah gets spiritual on this one, so deep that some won’t know what he’s talking about. The beat is nice, he’s coming with the flow, but what is he talking about? He explains at the end, but why couldn’t he say that in the song.

A Crying Heart
The production continues to be good on the album, and once again Killah is spitting, but what is he talking about? He is saying so much, that he isn’t saying anything!

Hood Nursery
He sounds like Cam’ron on this one. It seems like he dumbed it down on this one, and finally this song made sense to me. I can’t front, I like this one. He letting cats know that you getting to old to play in these streets.

Redemption
Featuring Jeni Fujita
He has a very spiritual vibe on this joint. The beat isn’t as good as the others, but that dog will hunt! The song is okay, I just can’t get into his style that well.

Profits of Man
Featuring 60 Second Assassin
The production on this song was boring and so were the rhymes. Nothing good to report here. SKIP!

The World
He bounces back with a good beat on this one, and once again he dumbs it down and the song is understandable. He has a lot of biblical references on the song. The song is nice. HOT!

Vintage (Things We Share)
Killah is all over the map on this one, it’s kind of confusing. He had a decent beat; he just didn’t deliver on the track. SKIP!

Looking Glass
Featuring Allah Sun
This is what they call “kicking knowledge”, but I call it RAMBLING! I like the hook, but his lyrics are too much. The song has little to no cohesion.

I Am
The hook on the song is nice, the beat is straight, but KP’s lyrics are all over the place. WHAT IS HE TALKING ABOUT?

The Beloved (The Messenger)
The production on the song is simple, but good. It’s getting hard to decipher what he saying, so I’m relying on the production.

Jeshurun
Featuring Victorious
The piano keys in the back are a gift and a curse. Sounds like a bad loop job. KP and Victorious put together some decent bars on the song.

God’s Time
The track sounds like something on video game, and once again KP makes it hard for the common man to understand him. SKIP!

Born 2 Die
Featuring Victorious
The beat sounds good in this one, but the piano is back! Victorious shines on KP on the track. I swear to you, it sounds like he is rapping another language on the song!

Bottom Line:
This album is going to make it hard for Killah Priest to win over new fans. His music is hard to understand to the average fan and he is not interesting at all. He uses the same monotone voice every time and it gets tiring. I don’t see this album getting good responses from the masses, which I don’t think this album was aimed. His hardcore fans might love it, but the regular Joe might want to avoid this. The production on the album was simple, but good at times. The album’s feel was very spiritual, but the lyrics are difficult to decipher.