Song of the Week: Pastor Troy – “No Mo Play in GA” 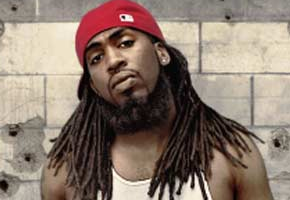 When I first heard of Pastor Troy and saw his debut album, I thought his image was a little cheesy. Who would take a rapper in a preacher’s robe seriously? Then I opened the CD and was blown away by the ruggedness and rawness of his music. The stand out track was the down south anthem, “No Mo Play in GA”. The song was the first song Pastor recorded in the 12 hour period that it took to make the album. Once Pastor dropped this song, the game down south has never been the same. A song that was aimed at Master P and the No Limit Army which had a stranglehold on the game at that point, PT was tired of it, and wanted to take a stand. He had the streets on his side, but Master P had money on his. Master P went and bought the masters of Troy’s “debut” and thought that was going to shut him up…WRONG! That just showed PT Cruiser how dirty the game was and made him get his weight up. This is an oldie but goodie, and I don’t care where you from, when this one comes on, EVERYBODY knows all the words and raps along. So sit back..nah bump that…GET CRUNK to this installment of Song of the Week!