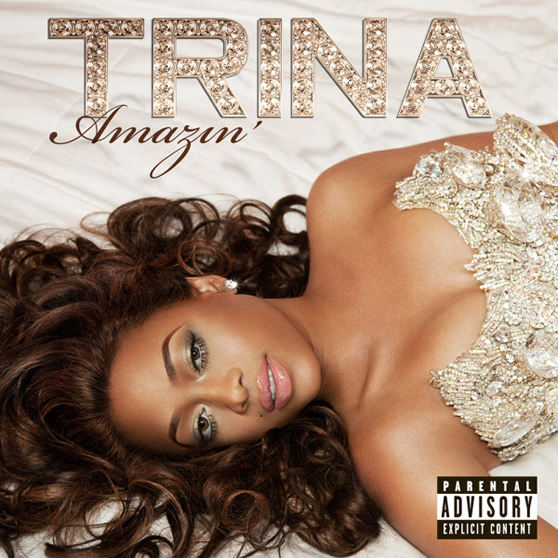 Trina hits us with her fifth studio album titled Amazin’, and on this album we have a different Trina. Long gone are the days of  “The Baddest Bitch”. It does rear its head every now and then like on tracks like the Lady Saw and Nicki Minaj featured “Dang A Lang”. Not that I can vouch for what they are talking about, the beat does go pretty hard provided by DJ Frank E. She even has mainstream songs like the “Let Dem Hoes Fight”. The title is misleading (it was suppose to feature Lady Gaga). It has that poppy sound that you have to have to appeal to THAT crowd. Trina veers into the Flo-Rida’s lane with a shot at a crossover song with “White Girl”. I have to say that Trina shouldn’t do this again. #FAIL. The undisputed best song on the album (to a guy) is the Young Yonny produced Rick Ross and Lil’ Wayne featured, “Currency”. The beat is flame and Weezy + Ross = DOPE! This album definitely has a girly feel to it and Trina should hit her audience with this one because of tracks like the Monica featured “I Want It All” which will surely be on PLENTY of girls voicemails. Lyfe Jennings even makes an appearance in something besides the police reports lending Trina a hand on “Make Way” where Trina lets people know that she been around for a minute and she should be the QUEEN. She got a point. Trina continues to hit the ladies in the head with good songs like the J.R. Rotem produced “On Da Hush” and “Always” featuring Monica (again). What caught my eye was the J.U.S.T.I.C.E League produced “By Myself”. The beat was FLAME and Trina even made me listen to the song. While most of the album was pretty good, she did have a couple slip ups on it like the Diddy and Keri Hilson featured “Million Dollar Girl”. I know this is a single, but the production, Diddy, and the hook SUCK! Another one that fell short was “That’s My Attitude”. I didn’t think she had to go back to that. We know you are “The Baddest Bitch”, no need to keep reminding us.

Bottom Line:
Trina came with a SOLID album that will get spins with the ladies. This might be her best album to date. She has turned down the cursing and in return she cranked out a better album. I can’t say that my fellas will ride out bumping the Trina, but if you “wanted” to, there a plenty of cuts on this album that you could jam out to. This album should get MAJOR play since the weather is getting warm. Ladies you need to go out and get this album. You won’t be disappointed.