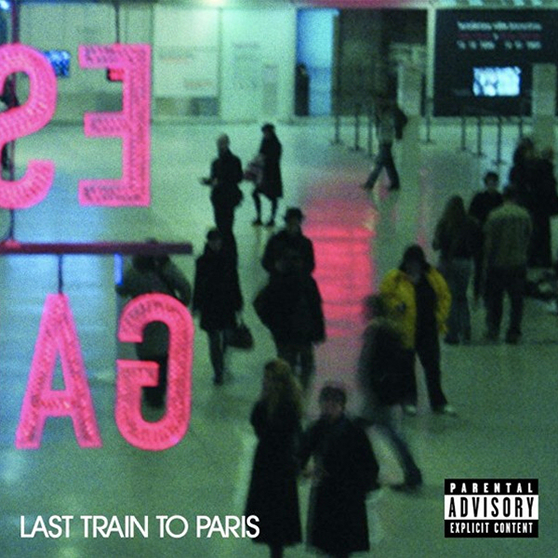 Sometimes you gotta admit when you’re wrong. A couple a weeks ago, I shitted on Last Train To Paris and honestly the reasons may have been unfair. Maybe it was because I saw that weak performance on Saturday Night Live. Maybe I wasn’t that interested in “train music”. Maybe I was mad that Diddy didn’t let J. Cole have “Coming Home” (That could’ve been the song to give Jermaine that radio presence). Hell, maybe I was even like Erykah Badu and felt that a lotta Hip-Hop and R&B was turning into “pop techno cornball ass music”. But like I said, I can admit when I’m wrong. Why do I say that? Because after listening to Diddy/Dirty Money’s Last Train To Paris, I actually like it.

The album does a good job by starting off strong (Skip the standard Puffy intro though). Songs like “I Hate That You Love Me”, the Swizz Beatz produced “Ass On the Floor”, & “Yeah Yeah You Would” are all well produced and properly start off the Last Train In Paris on the right track. One my favorites is the The Sweet Inspirations sampling “Someone to Love Me”. The stripped down track actually feels like it could be from the 90’s era of Bad Boy.

What? You’re tired of Puff’s Auto-Tuning? Okay, to make up for this, Sean John goes ahead a recruits some of R&B’s best. On the “Looking For Love” he enlists the help of Usher; this works because this is the type of music that rejuvenated the career of Mr. Raymond. Chris Brown appears on “Yesterday” as does Trey Songz on “Your Love”. Both of these tracks work on some levels because they cater to the guests with the Brown track being of the “I’m so sorry” flavor and the Songz track being of the “freaky” flavor.

Of course you can’t forget the tracks that were already available way before the release of Last Train To Paris. “Angels” featuring Rick Ross & Biggie still sounds good (No longer labeled as a “remix”), “Hello Good Morning” featuring T.I. still starts a party (Even though the remix with Nicki Minaj & Ross should have been included), and the Drake assisted “Loving You No More” still may be the best track off the entire album. While Diddy’s rapping on “Coming Home” left a lot to be desired, that track is still destined to be the soundtrack for movie trailers & inspiring ESPN sports highlights.

But don’t let me have you thinking that Puff Daddy, Dawn Richards, & Kalenna Harper dropped a classic, there are a few slip ups. While “Shades” may have an all star cast that includes Justin Timberlake, Lil’ Wayne, & Bilal, the songs doesn’t lives up to the billing (Which includes such fake Prince lines like “I’ll make love to you on marmalade”). Too bad for Weezy that his other feature on this album, “Strobe Lights”, also isn’t that good.

I also probably would have preferred more Dirty Money and less Diddy on the singing side. You have two strong singers that have talent without the use of Auto-Tune; why not use them more?

Bottom Line:
I’ve seen some compare Last Train To Paris to Kanye West’s My Beautiful Dark Twisted Fantasy and I think that’s a valid comparison. While Yeezy’s album is better, both have a electric sonic sound, both are mostly well produced, and both have an ensemble of talented producers. For Last Train To Paris, Diddy gets the help of producers like Swizz Beatz, Danja, Polow Da Don, & Rodney “Darkchild” Jerkins to help craft the sounds but the album still has a cohesive feel to it.

The most important thing here is that most of the people that board the  Last Train To Paris will end up having a pretty good time.Even for those people like me who never wanted to take the ride in the first place.