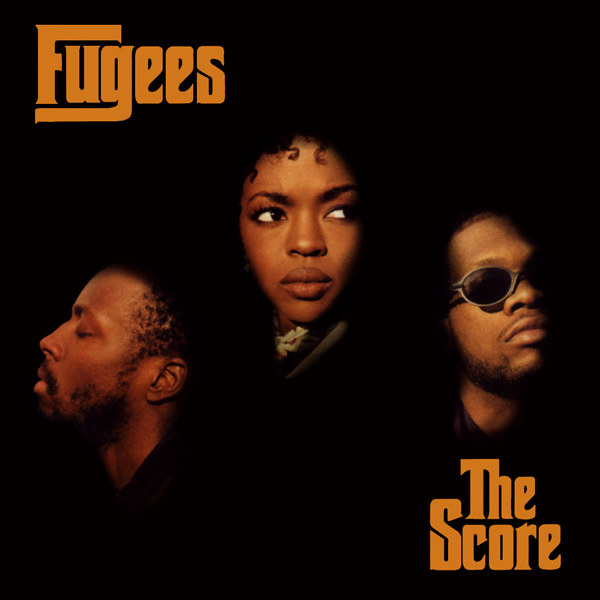 It’s been over 15 years since the Fugees released their sophomore effort The Score. The album has since been overlooked often by many. With a new crop of Hip-Hoppers coming in to power and new sounds for the genre coming into popularity, I wonder how this piece of work will stand compared to the likes of what the culture has become today. They changed the face of Hip-Hop in 1996, daring to go against the norm and challenging the entire Hip-Hop community in a time where it wasn’t considered safe to do so. Not safe for their careers or for their physical being.

2. How Many Mics
Produced by Fugees & Jerry Duplessis
The second track is the key to understanding the album title and the intro. Here is where they make it known that The Score is about the state of Hip-Hop and the Fugees status in the genre. DJ Red Alerts intro is comparing new Hip-Hop artists to the likes of the police. Battling is a common practice among Hip-Hoppers and they’ve shown a nice display of word play with this track. Around this time a formula was beginning to develop as the genre began to become more popular. With popularity comes wealth. Lauryn Hill opens her verse with

I get mad frustrated when I rhyme, thinking of all the kids who try to do this for all the wrong reasons… it was you who was irregular, sold your soul for some secular.

3. Ready Or Not
Produced by Fugees & Jerry Duplessis
Again, they continue with their brutal assault on this new age of Hip-Hop with this track. They use the popular childhood chant “Ready or not, here i come. you cant hide”, from the game hide n’ seek. I think this was a direct attack on the “Gangster Rap” genre, which was the dominant form of rap at that time. Wyclef uses a very childish, yet fitting, form of mockery in his lyrics. He makes himself a parody of a “gangster” and makes shame of the lifestyle they live.

4. Zealots
Produced by Fugees & Jerry Duplessis
Zealotry was a party that sought to convince people that the Roman Empire should be removed from the Holy Land. They are considered to be one of the first terrorist groups. Here, the Fugees have used the Zealots as an analogy to themselves and their want to remove those who use Hip-Hop for the wrong reasons (or the Roman Empire) away from the Holy Land (Hip-Hop).

5. The Beast
Produced by Fugees & Jerry Duplessis
Here the Fugees take a step away from trying to prove themselves Hip-Hop greats (They did a damn good job with that thus far) and tackle one of the elements that brought Hip-Hop about. Police brutality, corrupt politicians, the power they abuse and the money they legally steal from the people who are too afraid to do anything about it. They refer to these entities as “the beast,” which, in christianity, is often used as a synonym for the devil. Lauryn spits:

The subconscious psychology that you use against me, if i lose control will send me to the penitentiary. such as Alcatraz or shoo up like Hajj Malik Shabazz. High class get bypassed while my ass gets harassed.

They are using hip hop as their voice to fight back. This is exactly what hip hop is about, giving a voice to the people. This track is a nice reminder of that.

6. Fu-Gee-La
Produced by Salaam Remi
This track opens with Wyclef saying “We used to be number 10, now we’re permanent one. in the battle lost my finger, the mic became my arm”. The Fugees continue their attack here, bringing attention back to the albums title. Hinting that as far as “the score” goes, they are in first place. They sampled Teena Marie’s “Ooo La La La” which was the highest charting song of her career. The Fugees use very subliminal messages to get their point across.

7. Family Business
Featuring Omega; Produced by Fugees, John Forté, & Jerry Duplessis
Omega, one of the few features on the album, opens this track with a flow that most MC’s can not rival to this day. They speak about the unity that is made among the Hip-Hop community. Loyalty has been and always will be an important part of Hip-Hop. It’s common knowledge that you never snitch, never betray and fraternize with the enemy.

8. Killing Me Softly
Produced by Fugees & Jerry Duplessis
Staying true to Hip-Hop form, it’s only fitting this album include a song cover. Even though this song was not meant to be a cover at first. The original writers of the song refused to give permission to sample the song, which is common practice in Hip-Hop. They did, however, agree to let them cover the song. This became the most successful single from the album, earning them a Grammy award. They achieved success overseas as well with the song, taking the Fugees voice clear across to the other side of the world.

9. The Score
Featuring Diamond D; Produced by Fugees, Diamond D, & Jerry Duplessis
This is a pivotal moment in the album and arguably the most important. The opening line, “its time to settle the score”, makes listeners feel as if a final showdown is about to go down. They sampled several of the songs on the album in this one song, giving further argument to the notion that they are upset with the state of Hip-Hop. Lauryn describes herself as a drug

So frequently your nerve endings belong to me. wrongfully you put me down not to receiving the full capacity… natural hallucinogen, turning boys into men again.

Through any contest I’m victorious. Still keep it real if you will and manifest. Through your skills, not by how many shells you peel.

10. The Mask
Produced by Fugees & Jerry Duplessis
“Keeping it real” is a topic that is often touched upon throughout the hip hop community. The Fugees are making a bold statement here by saying we all “wear the mask” at some point in our lives but it will not last long. Keeping it real would be the ultimate goal but sometimes you have to play the part in order to make it. Still, you will not be able to find happiness in that because you are not being true to yourself. Each member steps outside of their character in their verses.

11. Cowboys
Featuring Pacewon, Rah Digga, Young Zee, & John Forte; Produced by Fugees, John Forté, & Jerry Duplessis
Probably one of the most controversial and talked about songs on the album. This track is rumored to be a diss to late rapper Tupac Shakur. The Fugees, along with then unknown female MC Rah Digga, Pacewon, Young Zee and John Forte, make fun of the very popular east coast west coast hip hop rivalry by calling them “cowboys.” Tensions between the two coasts at the time were at an all time high. Diss records coming from both coasts all spoke of acts of violence and the hate they had for one another. Wycleff opens with “everybody wants to be a cowboy”, speaking of the use of guns as the weapon of choice for both coasts.

12. No Woman, No Cry
Produced by Wyclef Jean; Produced by Fugees & Jerry Duplessis
A nice ending to an album that was so heavy in content. This is a remake of the classic song of the same title by Bob Marley & The Wailers.

13. Manifest
Produced by Fugees & Jerry Duplessis
My favorite song on the album, this song tells three different stories. The three members each tell a story containing reasons why people decide to join the Hip-Hop community. Wyclef opens the song speaking of the worldly and material things hip hop can bring to an artist and the internal conflict between whats right and wrong. Use Hip-Hop as a format to do right? Or use it for riches? Lauryn speaks about about a relationship gone bad and the heartbreak she took on. She needed a place to heal this pain and she found Hip-Hop. Praz expresses love of hip hop through hate and trying to find a way to express this hate in a constructive way. He then takes another shot at the east coast west coast rivalry ending with “some manifest with slugs in their chest, God bless the cowboys in the wild wild west”.

Bottom Line:
The Fugees were and still are before their time. They could have released this album this year and I believe it would have been given the same response it was give 15 years ago. The production from Wycleff, Lauryn Hill ,and Salaam Remi has proven to be timeless and the lyrical content remains relevant. With most Hip-Hop heads in an uproar with their “Hip-Hop is dead” rantings and the constant struggle to prove which artist is better than the other, this album could stand as a blueprint to creating a Hip-Hop classic. Though the group has split up (Reunited and then split again) since the success of The Score, there is no doubt that Fugees stand as Hip-Hop royalty.