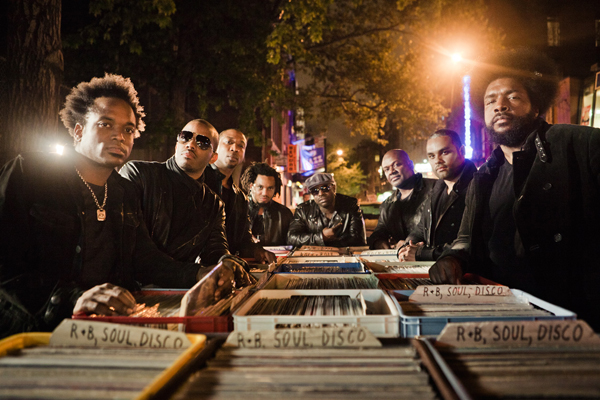 Amy Winehouse releases her first posthumous compilation album last week titled Lioness: Hidden Treasures. Well, I guess Amy Winehouse didn’t release the album; that would be impossible. Either way, the album does good as it debuts at #5 and sells around 114,000 copies.

The Roots return to retail with the story of Redford Stevens. Their album, undun, debuts at #17 and does about 50,000 which I think isn’t bad considering that it’s a concept story about a fictional character that plays backwards. A week or so ago they released the full short film that accompanies undun; you can watch it here. [Check out my review of The Roots’ undun here]

Robin Thicke released his 5th album Love After War. I really haven’t had a chance to check this one out. I was up on Thicke for The Evolution of Robin Thicke & Something Else but didn’t really like Sex Therapy. I’m am still up on his wife Paula Patton though. Love After War grabs the #22 spot and pushes around 42,000 copies.

T-Pain finally released his much delayed album Revolver. In the past month or so he’s done a lot to promote this album via music videos and a mixtape but unless things change, he’ll probably never be where he was a few years ago. One thing funny about Revolver is that the only track I really like is the one where he doesn’t use “ Auto-Tune. Revolver lands at #37 and sell around 39,000 units .