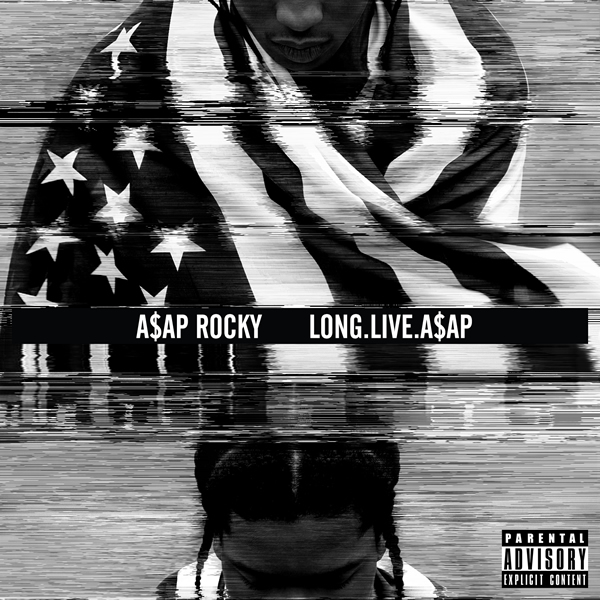 The streets as well as the ‘Fro has been buzzing about 24 year old Rakim Mayers for a minute now. You may know him as A$AP Rocky, one of the many A$AP’s in his crew. Born and raised in Harlem, NY, this cat doesn’t have that “New York sound” that you would think you’d hear from a native cat. He sounds more like a Southern rapper or a Midwest rapper. That might be the thing that works for him since NY is having such a bad time trying to find their next big thing. Can’t say that I’m a big A$AP fan, but I’m willing to give it a try. Who else can do this review besides someone from #teamyoungnigga? Let’s go!

1. Long Live A$AP
Produced by Jim Jonsin, Rico Love, Finatik & Zac, Frank Romano, & Lord Flacko
The album starts out with Rocky basically swagging out on the first track. Like I said, dude doesn’t sound like he is from NY at all. This is my son’s favorite song off the album…I know this because he plays this song every morning.

2. Goldie
Produced by Hit-Boy
This is the first single that I heard from Rocky. I have to say that he caught my ear by not sounding so “New Yorky”. There is no big gimmick with Rocky; dude is just a spitter.

3. PMW (All I Really Need)
Featuring ScHoolboy Q; Produced by T-Minus & Nikhil Seetharam
ScHoolboy Q jumps on this track to help push the agenda on this song. Pussy, money, weed…if this doesn’t sound like a Lil’ Wayne title! But don’t get it twisted it actually is a good song despite the simple sounding title.

4. LVL
Produced by Clams Casino
I mean it’s really hard to peg his style because it’s all over the map. I haven’t heard him sound like a New York dude yet! That’s a good thing if you didn’t know.

5. Hell
Featuring Santigold; Produced by Clams Casino
I sat here listening to this album while I played FIFA 13. Perfect music to listen while you’re gaming. I really don’t like Santigold on ANY song. They ruined the hook for me on this track. RAPPERS…please leave SANTIGOLD off your tracks!

6. Pain
Featuring OverDoz; Produced by Soufien3000
This beat sounds like something from Tyler, the Creator’s album. I LOVE the beat on this one! The laid back rhymes fit perfect with the easygoing rhymes. 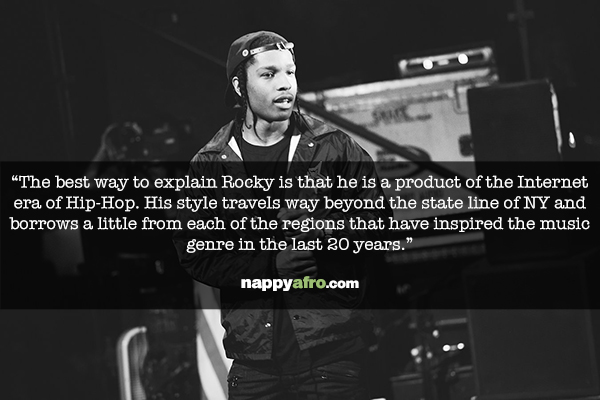 8. Wild For The Night
Featuring Skrillex & Birdy Nam Nam; Produced by Birdy Nam Nam & Skrillex/Remixed by Skrillex & Lord Flacko
I’ve been noticing A LOT of screwed vocals on this album. This makes this Southern boy feel at home on this album. This is the song for the “other” club/bars. I don’t see this getting any love in the hood clubs. Not that it’s a bad song, just not for my crowd.

10. Fashion Killa
Produced by Hector Delgado, Friendzone, & Lord Flacko
I really don’t like this song, especially with it coming after “1 Train”. Go ahead and skip this one.

11. Phoenix
Produced by Danger Mouse
Rocky got back on track and got this project back on track with this song. Sounds a little like Kanye on this one, but this song still goes.

12. Suddenly
Produced by Lord Flacko, Hector Delgado, & A$AP Ty Beats
This is the last track on the album and it closes the album up nicely. Rocky starts out telling his whole story mixed with what was going on with the music business acapella (sort of).

Note: There are 3 bonus tracks on the album, my favorite is “Ghetto Symphony” where A$AP Rocky breaks out his Andre 3K flow. DOPENESS! Gunplay is also featured on the track and RIPS it!

Bottom Line:
If you’re like me and this is your first time hearing A$AP Rocky, then you will be entertained. I wasn’t a fan of his until listening to his debut album and I have to say that this is a solid album that will open up the young cat to the mainstream. The best way to explain Rocky is that he is a product of the Internet era of Hip-Hop. His style travels way beyond the state line of NY and borrows a little from each of the regions that have inspired Hip-Hop music the last 20 years. In a time when the young cats aren’t adding too much to the conversation when it comes to music, the boy A$AP Rocky is a breath of refreshing air to your headphones.