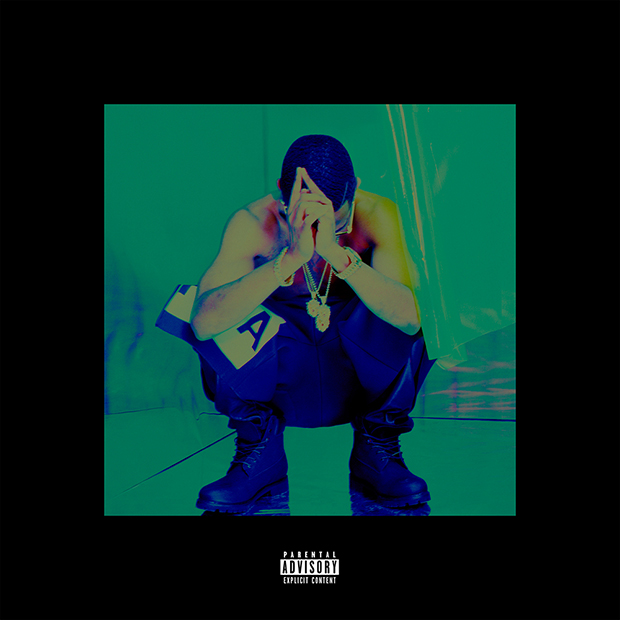 Two years after releasing his debut album Finally Famous, Big Sean is now actually famous is stepping back up to the plate with his sophomore Hall of Fame. Will this album live up to the lofty title? Let’s find out.

1. Nothing Is Stopping You
Produced by Key Wane
On the album’s opener, Big Sean rhymes about the day he freestyled for Kanye West all the way to him being successful and getting asked to hear a freestyle from an aspiring rapper (They even included the so-so freestyle from said aspiring rapper). It’s a good way to tell the story of Sean’s come up. The mid paced piano anchored beat helps with the inspiration.

2. Fire
Produced by Darhyl “Hey DJ” Camper, Jr.
Most people will know this from the music video that starred Miley Cyrus. Speaking of that, it’d be a good idea for her to jump on a remix of this (It just makes sense). All that aside, I like the song a lot. Sean keeps the inspiration going with some clever lyrics here and there (“Gotta hustle every second, stacking paper every week/Boy I’m in the field for real, I might run up in some cleats”) and the whole thing has an epic feel to it. It also sounds like something Kanye would have produced a few years ago.

3. 10 2 10
Produced by Young Chop, No I.D., Travi$ Scott, & Key Wane
Sean borrows flows from the likes of Meek Mill & Waka Flocka Flame. That means Big Sean yells most of his lyrics on “10 2 10” as he rhymes about working all day long. I’m guessing he did this to match the beat (Of all the producers involved, you can hear Young Chop mostly), but the production almost overpowers Sean.

4. Toyota Music
Produced by Xaphoon Jones
For whatever reason, I like it when songs are named after regular people cars (See “Honda Accord Music”). I thought this song would be about Sean’s up come and him riding round in a old Toyota or something but that’s not it. The actual song feels like Sean was experimenting here with the beat and the flow he uses (“Hella cheese, hella trees, LSD/Selling D, feeling like the 70’s”) and while I applaud that, it gets old really fast.

6. Beware
Featuring Lil’ Wayne & Jhené Aiko; Produced by Key Wane & Mike Dean
If you do try to make a song for the radio, at least make it extremely catching. You can classify “Beware” in that category. After one listen, don’t be surprised if you’re later singing “Why you let these hoes tear what we had right apart” for no apparent reason. It’s that infectious. Lil’ Wayne’s verse could’ve probably been left off as it really doesn’t add anything.

7. First Chain
Featuring Nas & Kid Cudi; Produced by No I.D.
When the Hall of Fame tracklist came out, “First Chain” was probably the most anticipated just off looks alone. Now after actually hearing it, it’s kinda what I expected: Sean raps first, Nas raps seconds, Kid Cudi does the hook or whatever that involves singing, and they talk about the significance off rocking gold chains. That’s not to say it’s bad, it’s good just predictable. Everyone turns in good verses and No I.D. does a beat that make me think of graduation or something. 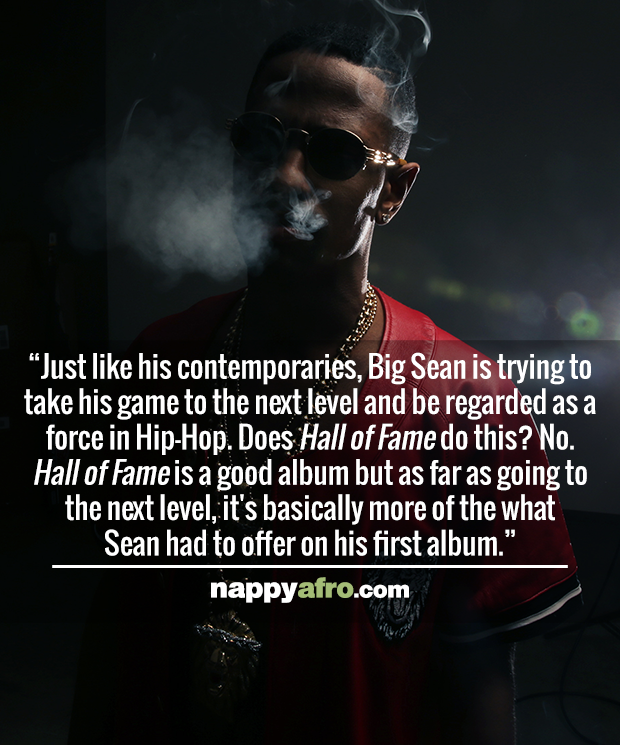 9. Freaky (Skit)
This is one of those things you have to listen to for yourself, but it’s basically a woman excited asking for some dick. It’s from a Rudy Ray Moore and it’s called “The Sensuous Black Woman Meets The Sensuous Black Man”. Here’s the album cover and here’s 9 minutes of it.

11. Sierra Leone
Produced by No I.D. & James Poyser
This song talks about being rich and tricking on women. But then I thought about it and maybe it’s about the parallels of how girls use Big Sean for his money/resources and the way the world uses Sierra Leone for it’s diamonds/resources? Probably not but who knows.But Sean does get robbed by a girl on the skit following song and they do use sample a Nas’ line from “First Chain” at the beginning (“Sorry Sierra Leone, one day we’ll right the wrongs”). All that aside, it’s a smooth laid back song that’s for the ladies. Vacation music.

12. It’s Time
Featuring Young Jeezy & Payroll; Produced by Key Wane
This feels like a Young Jeezy featuring Big Sean & Payroll (Who’s also from Detroit but is signed to Jeezy’s CTE). It’s not a bad song but it is forgettable from the lyrics to the hook to the beat. Probably could have left this one off or given to Jeezy for a mixtape or something.

13. World Ablaze
Featuring James Fauntleroy; Produced by Key Wane & No I.D.
This song has Big Sean consoling people in his life: the woman across the street who son has been shot and the on and off girlfriend who’s mother has cancer. Since these subjects are kinda specific, I’m gonna assume that these might be things that have happen to Sean for real. He also sings a little and it’s not as bad as you’d think. Somber but it gets it’s point across.

14. Ashley
Featuring Miguel; Produced by Mano & No I.D.
This song is about Sean’s ex-girlfriend and is even named after her. It’s basically about how she held him down during those rough times when he was broke & struggling. It could be looked at as a tribute to that chick that held you down before you made it but you know you’re gonna upgrade at one point or another. Sad but real. Miguel sings the hell out of the hook too. You can play this one for your girl but don’t say that shit about I wrote here about upgrading.

15. All Figured Out
Produced by No I.D.
On the album’s closer, Big Sean raps about not never really having anything figured out. He also goes out strong. The No I.D. beat is also strong and has a triumphant feel to it. Sean does his thing on the lyrics side even with some trip ups (“Malcolm Flex, Jessie Rackson”). And don’t try to sing along with the James Fauntleroy chorus; it’s all gibberish. Hall of Fame comes to a close.

Bottom Line:
You could say that Big Sean is in the same draft class as Kendrick Lamar, J. Cole, & Drake. And just like his contemporaries, Sean is trying to take his game to the next level and be regarded as a force in Hip-Hop. Does Hall of Fame do this? No. Hall of Fame is a good album and shows that Big Sean has talent, but as far as going to the next level, it’s basically more of the what Big Sean had to offer on his first album. That’s great for people that like Sean’s music; this album will make those fans very happy. This album reminds me of lot of Ma$e’s Harlem World (That’s also not a bad thing). For other fans on the fence looking for that knockout song or a growth in subject matter, they might not find it here. Maybe on the next ballot Sean.