2013 nappyafro Awards: Songs of the Year 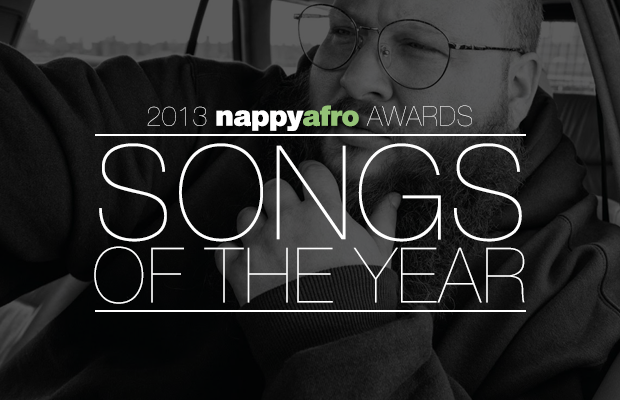 Like we always do around this time, we list our favorite 100 songs from the passing year. Actually, it’s 70+ or so this time but who’s counting? Also, we actually commented on each song this go around. You’re welcome. Here’s nappyafro’s Songs of the Year for 2013. – B-Easy

Action Bronson – “Practice”
This may be a homage to Allen Iverson, but Bronson is on his game here

Action Bronson – “Strictly 4 My Jeeps”
Bronson’s NY banger for the trunks. He out here wildin’

Big K.R.I.T. feat. BJ the Chicago Kid – “Life is a Gamble”
Krizzle schools on the chances in life

Captain Murphy feat. Viktor Vaughn, Earl Sweatshirt, & Thundercat – “Between Villians”
This song has the best like-minded lineup since the Legion of Doom

Chance The Rapper feat. Noname Gypsy – “Lost”
Chance takes Willie Hutch’s “Brother’s Gonna Work It Out” and makes it his own