ATL: The Untold Story of Atlanta’s Rise in the Rap Game [Video] 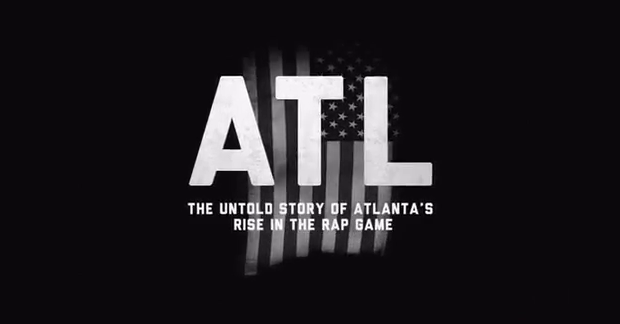 Even though I lived through most of this, it’s still good to see Atlanta’s Hip-Hop history get its well deserved spotlight. Wait, is this to make up for Love & Hip Hop: Atlanta? I see what you doing VH1…

Sidenote: In the first 20 minutes they mention Raheem, Kilo, & Hitman Sammy Sam so you know this is legit.

“In the last decade Atlanta has moved from the margins to becoming hip-hop’s center of gravity.” — JON CARAMANICA, The New York Times, December 11, 2009

The list is a who’s who of the hottest and most memorable acts in hip-hop: Ludacris, T.I., Usher, Outkast, Young Jeezy, Lil Jon, Future, 2 Chainz, Kriss Kross, Jermaine Dupri and Cee Lo Green. What do all these platinum selling artists have in common? They all hail from the unlikeliest of American cities. Their calling card isn’t Brooklyn, Queens or the Bronx, where hip-hop originated. Nor is it South Central or Compton, the Mecca of rap on the west coast. Inconceivably, their home is in the American South, Atlanta, Georgia, aka “The ATL,” now recognized around the world as hip-hop’s center of gravity.

ATL: The Untold Story of Atlanta’s Rise in the Rap Game is a 90-minute documentary set to premiere on VH1 on September 2nd, 2014 as part of the network’s award-winning documentary series, VH1 Rock Docs. The ATL investigates the rich, complex and untold story behind Atlanta’s fascinating ride to the top of the rap game, pioneering a seismic shift in American music. The film explores how the decisions of the city’s forefathers in post-civil rights Atlanta created a foundation that allowed African-Americans to thrive, creating a fertile breeding ground of black arts and culture that would ultimately maneuver hip-hop southward.

However, Atlanta’s modern day rap dominance was anything but a sure bet. Nor was it easy. A-Town’s fight for respect from the genre’s originators “up top” was a decades-long struggle that encompassed the collective talents and efforts of a variety of colorful characters, most of whom are interviewed in the special. In addition to mega-stars such as a Ludacris, Usher, Jeezy, Future and Jermaine Dupri, The ATL also shines a worthy yet heretofore elusive national spotlight on Atlanta’s rap pioneers. Local legends such as Kilo Ali, Raheem The Dream, Mojo and MC Shy D, the Bronx-born cousin of Afrika Bambaataa, share vibrant anecdotes about the ATL’s early rap days, while the producers of Organized Noise detail how they discovered two 17-year old kids who went by the name Outkast. The special also includes interviews with former Atlanta Hawk and NBA Hall of Famer Dominique Wilkins, Atlanta’s current mayor Kasim Reed, in addition to civil rights pioneer and former Atlanta mayor, Ambassador Andrew Young.

ATL: The Untold Story of Atlanta’s Rise in the Rap Game will uncover the epic story of an American city’s evolution, from segregation to the Atlanta of today, a city now admiringly nicknamed Black Hollywood. It will reveal how Atlanta earned the mantle of hip-hop dominance–and why that title won’t be relinquished any time soon.