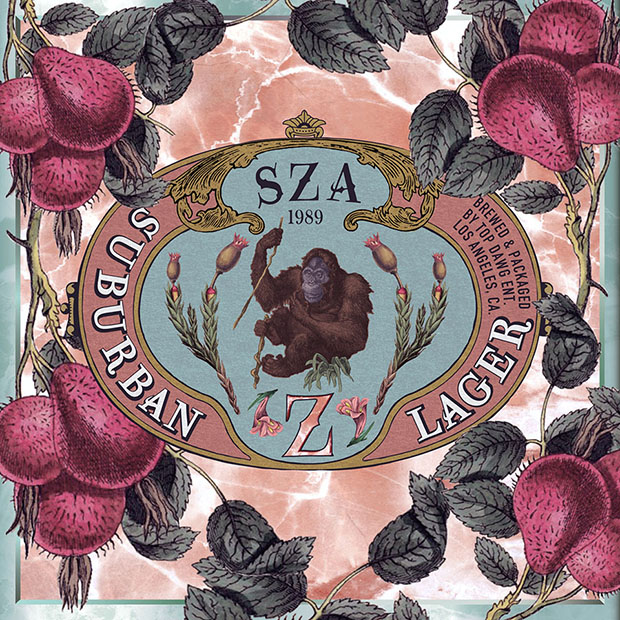 For people who don’t know, TDE has been on somewhat of a tear this year. Late last year, Top Dawg (TDE head honcho) stated that he intended to drop 6 albums from the Top Dawg team. One of those albums is the already critically acclaimed Z by the beautiful SZA.

SZA, along with Isaiah Rashad, is the newest member of TDE. She is the first female of the group, and more importantly, the first singer. She was born in St. Louis and raised in New Jersey and was raised as an Orthodox Muslim, with very little exposure to Hip-Hop or R&B. Even into early adult hood, music didn’t seem like something that SZA would pursue as she began attending college for Marine biology until she “got high, and failed out”. SZA would take odd jobs, getting fired from most of them, and beginning her journey into creating music. SZA would release See.SZA.Sun and S which garnered the attention of TDE. When initially asked what she intended to do with her music, SZA stated, “nothing”. She began sending TDE music and as she developed. This is what would lead to her being signed and Z being released in earlier this year.

1. U R
Produced by Larry Fisherman
The album starts off with a horn and 808 heavy airy beat. The first thing you will notice is that this isn’t your typical R&B sound. SZA starts singing on this mellow beat with lyrics that aren’t nearly as shallow as I expected,

Superficial, superwoman
Ain’t you tired of that wind in your face?
Your skin tastes like brussel sprouts I swear
Can’t seem to remember your face
So give it up give it up papa
Make it make sense to me
I cannot go any further than two steps in front of me

The lyrics to this song are incredibly creative, and honestly may leave you lost for a while. After months of listening I think she is describing herself, in the dopest and most intricate way I’ve ever heard an R&B artist do.

2. Childs Play
Featuring Chance The Rapper; Produced by XXYYXX & Dae One
This is a really mellow song. I almost imagine SZA performing this at a poetry jam or smoking in her room writing in her diary. The sound gives vibes that would suggest the same. It takes quite a while to understand what this song is about. Everyone who hears this decodes it differently. I hear sounds of jealousy in the first verse. She is comparing herself to what is considered perfect by society’s standards. It isn’t until the second verse you get the feeling that this is because she has lost someone. A lover? Maybe. Chance the Rapper does a great job adding to the song as well.

3. Julia
Produced by Felix Snow
So far this is easily the most upbeat song on the album. Still even with the production, SZA’s voice leads you back to that dimly lit room that Childs Play had us in. This song could easily be a single. It speaks on real subjects, but has an almost poppy sound. The instrumentation initially makes you feel like she may have “dumbed” her lyrics down, until the last line:

4. Warm Winds
Featuring Isaiah Rashad; Produced by Larry Fisherman
This song is about growth and more particular growing enough to learn to leave. The melody is very airy, and blends perfectly with SZA’s voice. I honestly didn’t like this song that much at first, but one day it hit me. This song is genius. The only thing I would’ve wished for is that Isaiah would have had a bigger part on here. All he really does is lend his voice to the background during the last 1:30 of the song. Great song.

5. HiiJack
Produced by Toro Y Moi
This song starts off with awkward sounding strings and light drums. The hook is extremely infectious over the oddly played instruments. I catch myself humming and whispering “for you, for you” throughout my day. My interpretation of this song is that someone has “Hiiijacked” her heart, and she would do anything for them. Not the most difficult song to understand, yet still creative enough to be extremely entertaining. 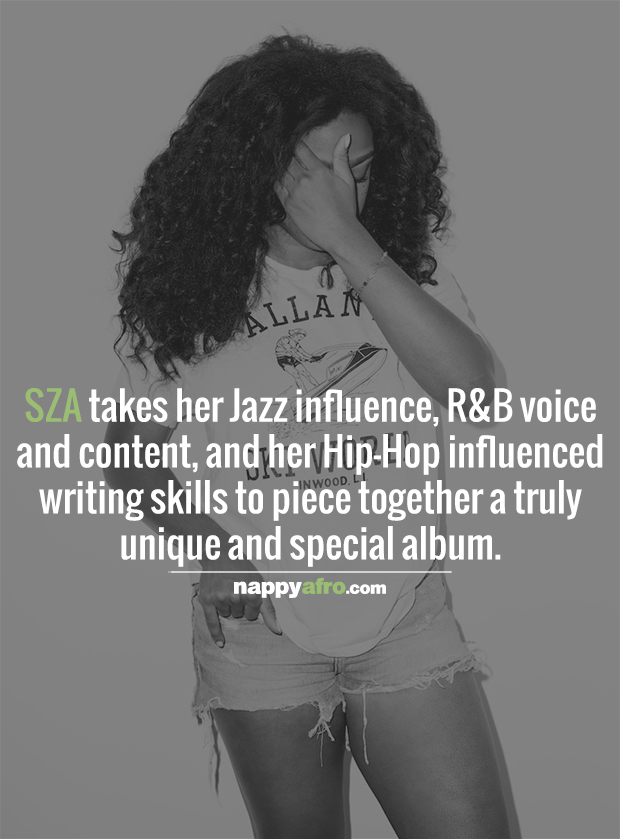 Shotgun to the back of my heart, I don’t turn around to see who let one ring out
Said you’ll never do me wrong? Guess we see how that plays out
Is it true? Is it true?

The very first line catches you off guard, but instantly pulls you in.This joint sounds like it could be the single off of a soundtrack for an action movie. It has a mellow, yet excitable beat. Emile Hayne actually does a great job allowing SZA’s voice to be the lead instrument on this track. At times the beat drops off so dramatically that it almost sounds like it’s acapella. I love this track.

7. Babylon
Featuring Kendrick Lamar; Produced by DJ Dahi
This is the first offering SZA offered to the world. The lyrics are very introspective, deep, and maybe the most personal so far. SZA comparing her love life (Not just boyfriend, girlfriend, but also family) to the crucifixion of Jesus Christ is eerily genius. Kendrick Lamar drops a dope verse, but honestly it’s not needed here. What SZA crafted was perfect alone. I feel like I’m being repetitive but the beat is another soft and simple beat. Still great song.

Jesus called me collect last night, took all of me not to answer.

I’m starting to notice that SZA is brilliant at creating those lines that draw people in immediately. The instrumental is laced with horns, light strings, piano keys, and light drums, but they blend so perfect that it is hard to tell where one ends and the other begins. This is a must listen.

9. Shattered Ring
Produced by Emile Hayne
The strings on this are very prevalent and SZA sings with a low tone about what I take away as reckless intentions with the most perfect I-don’t-give-a-fuck attitude. The second verse astonishes me every time I hear it.

Even some of the most talented rappers can’t come up with lines like these.

10. Omega
Produced by Emile Hayne
Final track of the album and SZA is referencing her life and how she lives. She expresses the good, bad, and ugly about her here. Not really my favorite cut from the album, but it serves it’s purpose.

Bottom Line:
We talk about how albums can take time before an album is really properly digested and understood. After listening to Z by SZA since April, I think I get that sentiment now more than ever before. Because this album is so intricate and personal, it took a lot for me to truly understand this project. Some have criticized the album for its complexity, but I would like to praise it. SZA takes her Jazz influence, R&B voice and content, and her Hip-Hop influenced writing skills to piece together a truly unique and special album. So far this is my pick for album of the year.