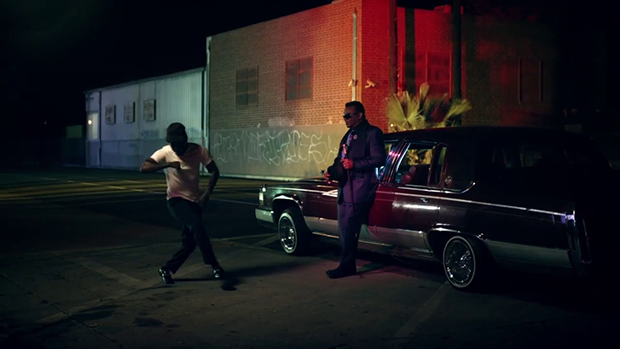 You remember that commercial when LeBron James rides a bike and the whole city of Miami was following him? On a smaller scale, that’s what happens in Kendrick Lamar‘s new music video for “i”. The real star of the video is Kendrick’s dancing. Seriously, I’m doing that dance now in between writing this. Also, Ronald Isley (aka Mr. Biggs) shows up at the end of the visuals to drive around while K.Dot convulses out of the backseat window. All this shit is interesting. Directed by Alexandre Moors & The Little Homies.