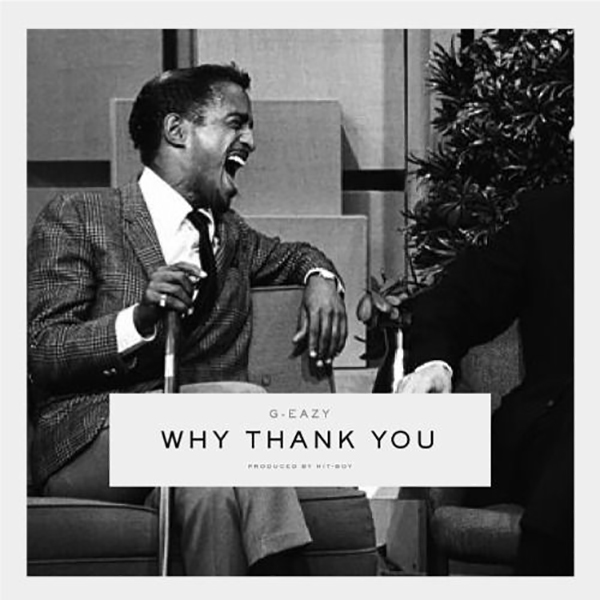 G-Eazy‘s album These Things Happen is one of the albums we didn’t review in 2014. Actually, besides reporting on album sales & the 2014 BET Hip Hop Awards Cypher, we haven’t talked about G-Eazy at all on the site. But that’s not a big thing and it’s a reason you don’t see These Things Happen or G-Eazy on 2014 “Best of” lists (That’s not a diss).

Still, I have a few G-Eazy songs in my iTunes and today he released a few new tracks. Out of the three new tracks, “Why Thank You” is my favorite. It’s also produced by Hit-Boy so that may be the reason.