2014 nappyafro Awards: Albums of the Year 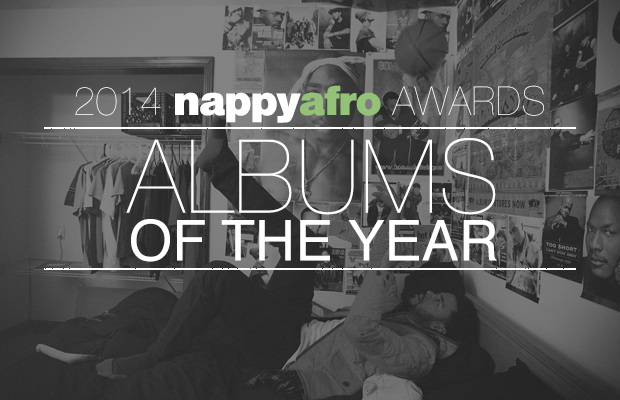 We only reviewed around 40 albums this year at nappyafro. We could have done more but some would say it was down year for Hip-Hop in 2014. And while we gave out a few classic or near-classic ratings for albums in 2014, that kinda changes in the voting process for Albums of the Year. 32 albums were nominated to get a ranking for 2014 nappyafro Awards, but some way we got it down to 16 (Note: If a staff member was the only one to vote for an album, it got thrown out).

So here we go. The 2014 nappyafro Awards: Albums of the Year. As usual, feel free to list your own albums of 2014 in the comments. Or not. We basically did the work for you. – B-Easy

Sidenote: Some of the writings for albums here are taken from previous album reviews.