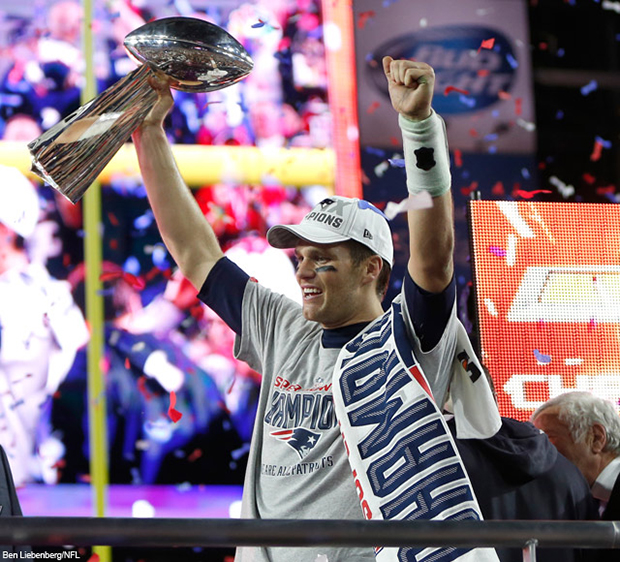 Super Bowl XLIX is in the books! The showdown between the New England Patriots and the Seattle Seahawks lived up to the billing! Each score was followed up by another score, which kept all the fans on the edge of their seats.

In the end it came down to Brady leading his team back after being down by 10 in the 4th quarter. It wasn’t that easy though. Brady almost saw history repeat for the THIRD time when Jermaine Kearse made a spectacular catch late in the game. It all came down to the last 20 seconds of the game when the Hawks had the ball inside the five and opted to throw the ball. You know what happened… INTERCEPTION! Pats win 28-24!

Tom Brady wins his 4th title of his career and cements himself as the BEST QB OF ALL TIME! Cry about it all you want. The man is 4-2 in the SB and has he numbers to back it up. #PraiseTom