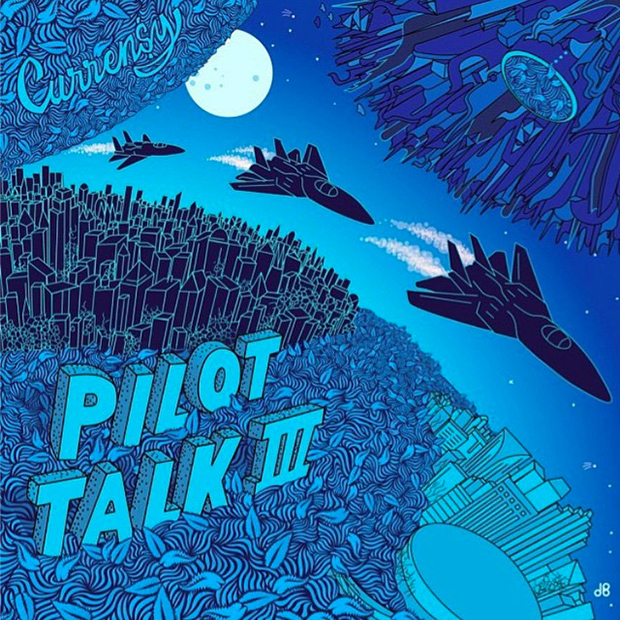 Louisiana is one of the few southern states that doesn’t have a huge voice in Hip-Hop right now. If you were to Google the “Louisiana Rappers”, which I did, you’ll find that Curren$y wasn’t in the top listing. Given his discography, the LA rapper is arguable the state’s most equipped lyricist with a long history which started with him being signed by No Limit back in 2002. But longevity and consistency is far greater than being a one-hit wonder.

He has a laid back southern comfort about himself that makes him very charismatic and this has led to him having a very loyal fanbase throughout amongst many Hip-Hop lovers. Before Wiz Khalifa was the rapper who was ALWAYS smoking, Spitta had a joint in his hand and a mic in front of him.

Pilot Talk III is the 3rd installment of the Pilot Talk series. This one will be released on a USB drive…in the shape of a paper plane. It also comes with with videos for many of the songs, apparel, and a color look book. with a price tag of around $100.00-150.00. He has distributed much of his music this way which is a testament to the loyalty of his fan base. Seven albums and almost countless mixtapes and Curren$y is still going strong with consistency and work ethic. With features and production from some big names in the game, Pilot Talk III is clearly something Curren$y took time on.

1. Opening Credits
Produced by Cool & Dre
Curren$y loves low riders and low rider inspired soul samples. “Opening Credits” his him talking about a range of struggles and mistakes that have taken place over the course of his career. He’s not a martyr so he doesn’t want sympathy. Lyrics like “charge it to the game”reference failed business venture and “if it don’t kill you it just makes you realer” is a sample of introspective thoughts to the score of a mellow soul sample

2. Long as the Lord Say
Produced by Ski Beatz
This song opens with ethereal woodwind work with a heavy bass. Airy vocals lure you’re into a trance as the beat create a mid tempo pulse. True to his life, he raps laid back with car metaphors and “blunt” reference to smoking. It feels like the end of a Hip-Hop prayer: “Plotting like always. Marble floor hallways. Smoked out all day. Trying to get mo pay. Long as the lord say the same”.

3. Cargo Planes
Produced by Joey Fatts
This song feel grimy and is anchored with fat bass. Eerie melody with a train whistle sounding horn mesh into a simple but fitting Hip-Hop beat. Tremolo violins and a flat snare add to the daunting feel of this track. Feels like you’re in the windows tinted car with Curren$y and riding through the city as he narrates the scene. He raps like a don comparable in some ways to Jay Z on American Gangsta.

4. Froze
Featuring Riff Raff; Produced by Harry Fraud
This was initially Riff Raff’s track according to Curren$y. It was sent to him and liked the outcome of the collab so much he wanted to use it on his project. It has a slight soul element but heavy 808’s and the STL style drum pattern make this feel like a good crusin’ track. The hook is Auto-tuned heavily and sounds like a watered down Drake or Kanye melody. The song is essentially about being cold hearted. Lyrical I wasn’t blown away by Riff Raff but Curren$y delivers lyrically.

5. Get Down
Produced by Ski Beatz
Jazzy guitar strumming and a moving bassline start this track off. Hip-Hop drums and some lead guitar work set the mood as Curren$y uses that laid back cadence to make his rapping feel more expensive than his Louisiana counterparts. He continues to introspect and reflect on the steps that lead to his current curren$y.

6. Sidewalk Show
Produced by Ski Beatz
Women, cars, money, marijuana. He stays true to the theme and raps about what he knows best. This track definitely feels like something an east coast rapper would love. It has the Brooklyn bounce to it. He flows effortlessly on mid tempo soul samples. However, while I like the song in general, it feels like much of what I’ve already had before on the album.

7. The 560 SL
Featuring Wiz Khalifa; Produced by Cool & Dre & Edsclusive co.
A jazzy/soulful the sample plays and makes this track feel like the opening to a movie from the 70’s about a Cuban drug dealer. I almost went out and bought a kilo because of how this song sounded. The drum pattern is similar to a lot of tracks Wiz has been on in the past. Two reefer addicts on the same beat (“The prices go up and the top goes down”). Still, I like the track more than the bars. 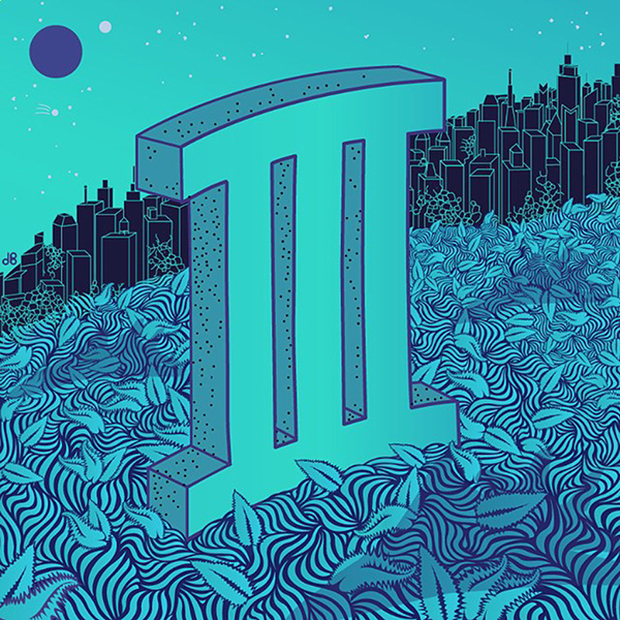 8. Audio Dope 5
Produced by Ski Beatz
Another one that feels like an east coast cypher beat. The hi-hat is accented and the kick and snare make a Hip-Hop beat that feels serious and gritty (Chimes and bassline add in). I see the tip of a blunt burn orange like the sun setting in a cloud of weed smoke .He knows his fans are loyal and he compares them to Jordan fans waiting for his next release to drop. More boss flows. He stays consistent but at this point he is closing in on being monotonous.

9. Life I Chose
Featuring J. Townsend; Produced by Cool & Dre
The choir sample and MPC style drum kit make this song feel like an epic interlude. Curren$y opens up with a verse with his usual stuff but the J Townsend feature on the chorus doesn’t fit or serve the song at all. It sounds like something you would hear on more a modern sounding track. I like the track and didn’t mind the verses but the hook didn’t work.

10. Pot Jar
Featuring Jadakiss; Produced by Cool & Dre
This beat also feels very New York to me with makes a perfect beat for Jadakiss. I would have liked for the drums to go a little harder but that’s just my preference. He makes a reference to Roy Ayers, a prominent 70’s soul artist, and this song feels a lot like that era. Jadakiss raps like the under appreciated rap don that he is. It’s not a super long verse but his raspy NY rap voice carries well on this track and poignant punches and witty lines make his feature a memorable moment on the project.

11. Search Party
Produced by Ski Beatz
I was a little bored with the beat. I did like however that he uses a faster flow on this track and he switches up the style for a change. The project has been solid up until this point but all the songs are about at the same tempo with the same dynamic. Great for a long ride but close to being repetitive.

12. All I Know
Produced by Cool & Dre
This song samples The Sylvers’ “How Love Hurts”. Curren$y uses drug bars and flows centered around braggadocious lyrics over drum pattern that feels familiar. Nothing wrong with the song except for the fact that it could have been a different song on the album. Same script different beat. I am vibing with Curren$y but I’m just searching for some variety.

13. Briefcase
Produced by Ski Beatz
Horn, bass, and strings make that type of music a 70’s pimp would enter to. Old school beats and old school cars are the topic of choice. Again. He really loves this east coast style soul samples. I’m a fan too but I just want him to switch it up at this point. Groovy beat though.

14. Lemonade Mimosas
Produced by Jahlil Beats
Curren$y seems to stay higher than Kanye West’s self esteem. Another grimey sound. This one almost feels like it has some New Jersey in it. Like the Jahlil Beats did his best Just Blaze impersonation. He paints himself as Louisiana’s “Godfather” if you will. The don of his home and King of his castle. It short and sweet.

15. Alert
Featuring Styles P; Produced by Ski Beatz
This beat is more of an 80’s soul sounding. It’s the last track on the album features Styles P. “Throw it in the cut like fuck it I’ll floss later, in the mix like a cross fader” was a dope punch from his verse. I’m not sure why it’s last but it’s not the worse song on the album. Definitely vibey but I think there could have been something more fitting for an outro track.

Bottom Line:
I am a huge fan of soul samples (Check here if you want proof). I think he chose a lot of solid beats and I respect him for rapping about things he has actually done and being true to himself and all that. I just wanted a little more variety in the songs. If I were going on a road trip with Shorty from Scary Movie and Thurgood Jenkins from Half Baked maybe then I would play this album beginning to end. I’m sure he knows his fan base better than me but I would have like a little more variety from someone who has been in the game as long as this rapper.