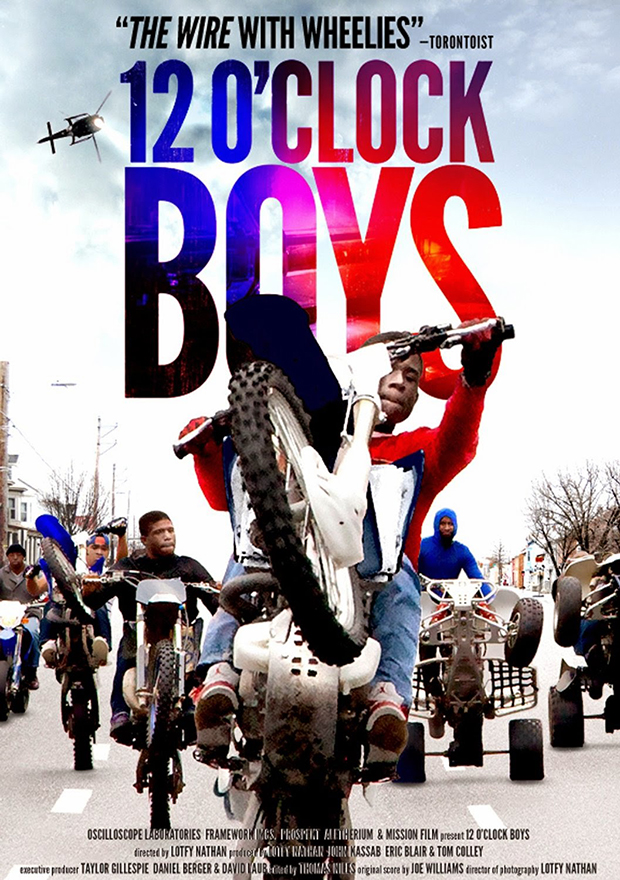 12 O’Clock Boys may be one of the best documentaries about the hoods of Baltimore but it’s the definitive documentary about bike life in 12 O’Clock Boys. I actually wrote about it last year:

But after watching [12 O’Clock Boys], it might be one of the best documentaries I’ve seen in a while. The movies follows Pug, a young boy from the inner cities of Baltimore, who is obsessed with his city’s dirt bike culture. He also one day hopes to ride with a group of illegal dirt bike riders known as The 12 O’Clock Boys (Where the film gets it’s name from). And like I said, the movie is great. It deals with poverty, Black culture, bike culture, death, police brutality; so much stuff is covered in a movie that’s suppose to be about riding dirt bikes illegally on the streets.

To bring this full circle, the actual 12 O’Clock Boys recently made the news when they treated protesters to an impromptu bike show. Cool. Shout out to Pug!