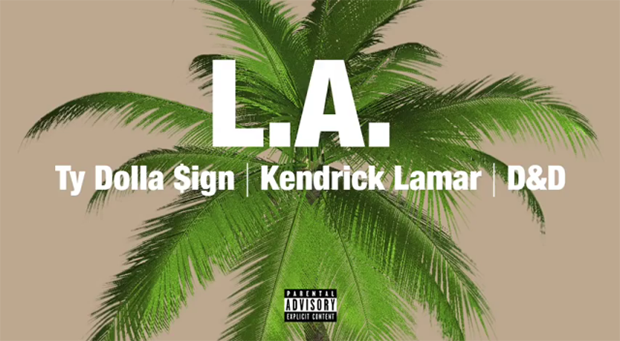 There’s a lot of songs that give props to Los Angeles and here’s another one by Ty Dolla $ign & Kendrick Lamar titled “L.A.”. On this ode to the City of Angels Ty sings about gang banging and K.Dot sounds aggressive on his verse while paying respects to 2Pac. It feels like an album cut that could appear on Ty Dolla $ign’s upcoming album Free TC, but I could be wrong.