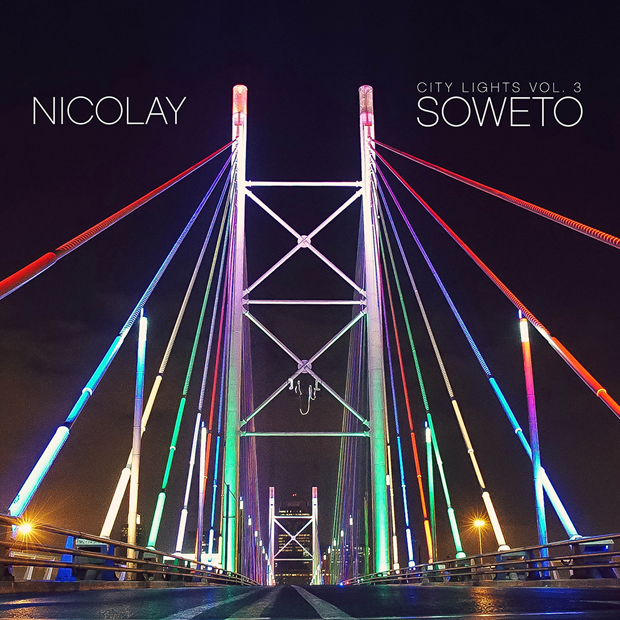 R&B Sunday is back this week and instead of a song suggestion, I got a whole album for ya to check out. The fam over at +FE has brought us City Lights Vol.3 – Soweto. Showing love for the South African township, Nicolay gives us more of his artful expression of city inspired music. What’s interesting is that while I’ve never been to South Africa, the tracks he’s composed puts visions in my head of the things I’ve seen in videos/tv/articles and sounds I’ve heard to accompany those visions. It feels very well constructed and produced while meandering between energetic synth chords and lushly layered vocal and musical sounds and alternating genres. If there was ever a soundtrack made to be the background to some upscale mingling and connecting, this would be it.

If I were charged with selecting the best song(s) on this album, with a twisted lip and much attitude, I’d say it’s a tie between “The Secret” and “There Is A Place For Us.” The change in tempo and feel within these two songs do a great job of expressing the personality of this album.

In a musical landscape today that is a lot of noise with little substance, Soweto acts as our passport to an area where music matters and the vibrations from this album will affect your mood, as all good music should.

Don’t take my word for it, check out Nicolay’s breakdown of his album track by track here.