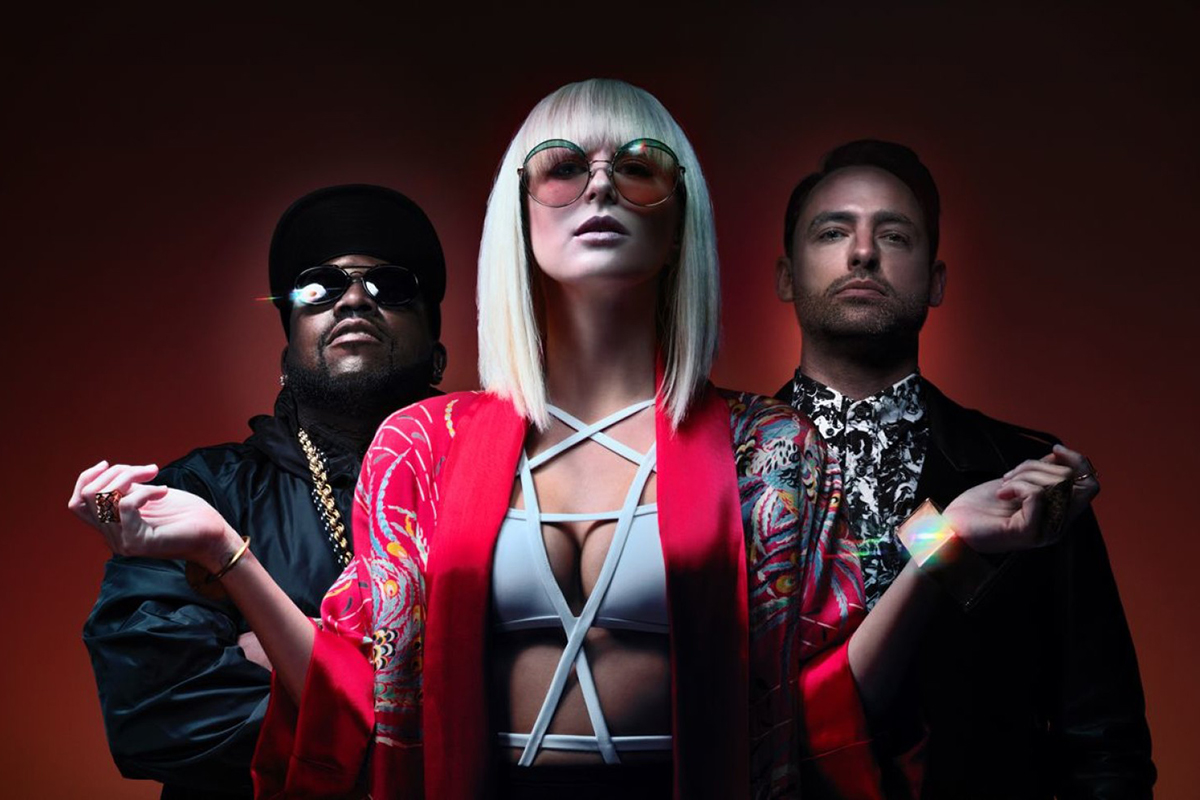 Sometimes things just go better together. Musically there’s Dre and Snoop, Dre and Eminem, Dre and The Game…okay, pretty much Dr. Dre and everybody. Outside of music there are plenty of examples where two already existing products are transformed into something amazing once they’re put together. Can you ever imagine a time when people weren’t dunking Oreos in milk? Or a time before Will Ferrell and John C. Reilly were making movies together? Impossible right. Fusing two different but complimentary styles together is what keeps things fresh. So with the joining of ATL rap legend Big Boi’s funked up flows and New York’s electronic/indie pop group Phantogram comes Big Grams.

Big Boi has said in interviews that him coming across the electronic duo was a pure coincidence after hearing their music in a pop up ad online. Phantogram, which consists of members Sarah Barthel and Josh Carter, linked up with Big to feature on his second solo album in 2012. Together they appeared on three of the album’s strongest tracks and a joint EP has been promised ever since. So here it is…

1. Run for Your Life
Produced by Phantogram
With a slowly ascending light rumble, the opening track takes its time building up to being the banger that is. Big Boi effortlessly rides the funky alien beat like the veteran he is. Barthel adds her haunting vocals to the chorus that becomes a nice juxtaposition to Boi’s pimpology. The beat is diverse as it changes between the verses and chorus. Dope.

2. Lights On
Produced by Phantogram
With Big Boi just contributing his vocals to the third verse, this track could be seen as a Phantogram song featuring the ATLien. But I guess the point of this project is sharing the spotlight. The song takes on society’s downfall of materialism and self-doubt. “Lights On” shapes up to be a pretty grim but meaningful song with an equally gloomy beat.

3. Fell In the Sun
Produced by Phantogram
Going in a completely new direction, Big Grams takes us down a sunnier avenue with Big Boi going into great detail about what his perfect day consists of (Spoiler: it involves driving a Caddy and listening to George Clinton). Phantogram have again provided a beat that shines bright while Sarah Barthel’s singing feels like warm weather after a long winter. This is a summer anthem for all of those in the Southern Hemisphere. For everybody else, revisit this track next year.

4. Put It On Her
Produced by 9th Wonder
Oh man, 9th knows what he’s doing when it comes to beat making. The beat has his signature trademarks (horns, upbeat sound, soul sample) all over the track so it’s obvious who produced it without even looking at the credits. Even Josh Carter couldn’t help himself by jumping on the beat to do a quick 16. Everybody involved does his or her thing correctly, which makes this 2 minute and 53 second track short but very sweet.

5. Goldmine Junkie
Produced by Phantogram
From hearing Big Boi and Sarah Barthel take turns in the sung dialogue of this track it shows that these artists aren’t just laying down a beat while the other raps over it. When listening to this track about the love games people play, you can feel the presence of everyone in the studio. That goes a long way in an age where most artists email verses for the sake of getting a feature credit. Big Boi + Phantogram + your ears = some dope music.

6. Born to Shine
Featuring Run The Jewels; Produced by Phantogram
Every crown has a gem or two and this album has one that shines brighter than the rest. From Phantogram’s Blaxploitation inspired beat to RTJ’s boss verses about what underwear they like to sport to Sarah Barthel’s swoon worthy singing, everything comes together nicer than Michael Jackson’s shoe laces.

7. Drum Machine
Featuring & Produced by Skrillex
I have to say parts of this beat sound like a knock off version of “Ni**as in Paris” and doesn’t really fit into the sound of the rest of the album. Don’t get me wrong though, this track will get a crowd pumped. Big Boi crushes it as he commands a Skrillex beat that doesn’t quite sound like your typical dubstep mayhem. The beat’s frantic pace does dictate the movements of Big and Phantogram and overall everybody pulls it off. Not the strongest way to finish an album off but I’ll take it.

It’s easy to think that two artists or groups doing a joint project together is a good idea but there really needs to be synergy and better yet chemistry involved for it to be a success. After listening to Big Grams it’s clear that the one called Antwan and Phantogram clean up nicely after a few studio sessions. Nothing sounds forced and much like their collaborations on Big’s last solo album, the music is incredibly dope.

The mash up of two different but somehow similar artists is a driving force that’s keeping Hip-Hop, and music as a whole, fresh in 2015. I mean look at Big Boi’s career. The man has been around for 20 plus years and is still finding ways to make original music. Phantogram prove to be a group that deserve a Hip-Hop fan base with their spaced out production and haunting vocals. While only one minor sore thumb (“Drum Machine”) the rest of the EP (especially “Born to Shine” and “Lights On”) are gems. The advantage that Big Grams has is that it’s extremely hard to fail on an album that only goes for 7 tracks.

That being said it’s better that things have been kept short and sweet on this collaboration but let’s hope there’s more of this sonically pleasing music to come. Go out and support this.