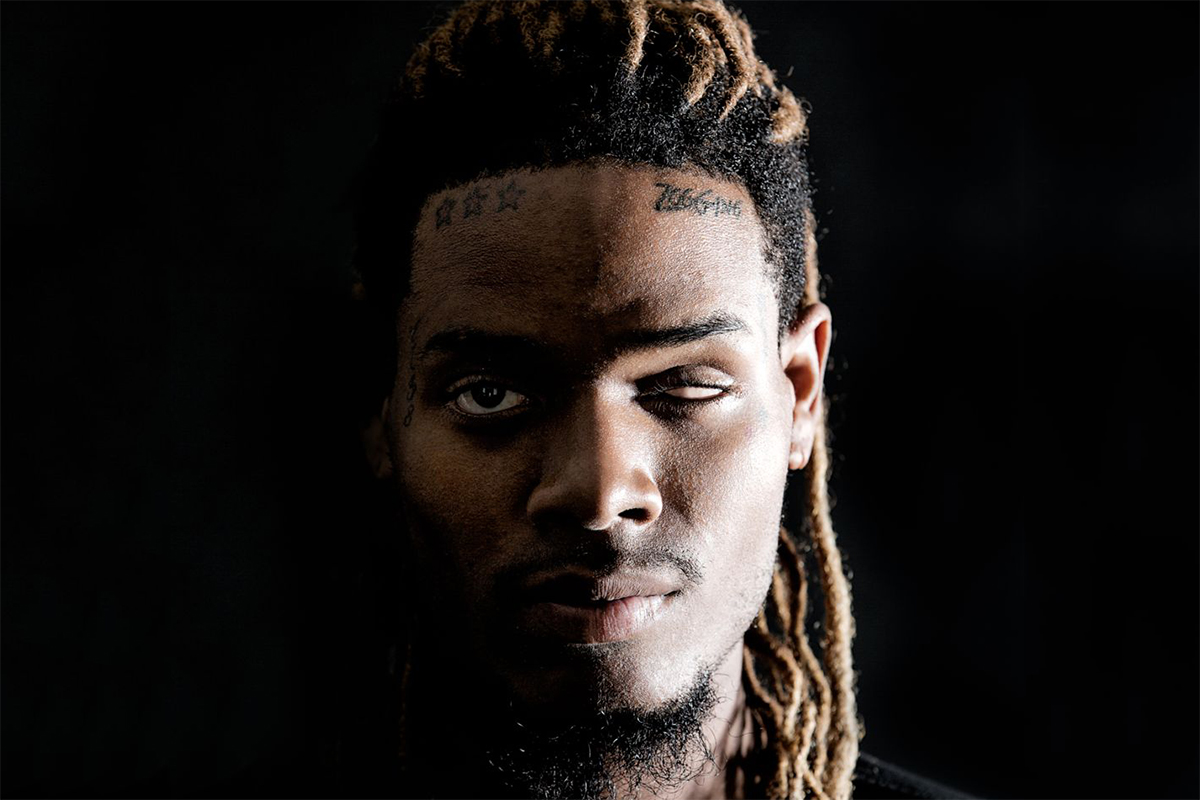 Hello world. In here for a review of the debut album from the man ZooWap aka Fetty Wap. The man has had a great year, generating an enormous amount of buzz and dropping hit song after hit song. Fetty Wap is sort of what you’d get if you fused Chief Keef with Future and Young Thug, but then blended him with a some pop artist who used to star in a Disney sitcom. At least that’s the impression I get when I hear his music. He’s R&B for the trap.

Lyrically, Fetty Wap is no Kendrick Lamar or Joey Bada$$ or Freddie Gibbs or even Drake. Fetty Wap actually sings more than he raps. Typically, his songs are very catchy and deal with a pretty similar subject matter. Personally, I’m not a Fetty Wap fan. I’m not really into his style like, but I thought I’d give him a shot so…here I am. So without anymore banter…lets get into this album!

1. Trap Queen
Produced by Fadd
Album starts out with his breakout hit song that you’ve probably heard intentionally or unintentionally. It gets serious radioplay.

It’s a catchy song. Not my thing personally and I can see why a lot of people don’t dig it, but I can also see why it appeals to a lot of other people too. It sounds fun and poppy.

2. How We Do Things
Featuring Monty; Produced by Young Lan
The beat for this track isn’t anything extravagant, but it fits Fetty Wap. Honestly, I didn’t understand half of what he was saying for the first minute of this track so shoutout to Rap Genius. Nothing all too deep here on this track. It’s mainly about the come up of Mr. “ZooWap” and his crew, and the track features the first of many Monty features, which this one doesn’t really add anything to the track. It’s not a bad track, but it’s not that great and I don’t really see me ever listening to it again, but who knows, it’s pretty catchy.

3. 679
Featuring Monty; Produced by Peoples
Yes. The track that everyone keeps claiming features that “devil worshipper” line. Fetty Wap is actually rapping on the first 40 seconds of the track and the way he sounds just makes me laugh. The track as a whole, surprisingly, I actually do enjoy. It’s catchy and I think Fetty Wap’s voice sounds good over the production of this track. As for the Monty verse, again, nothing that special, but it feels like well placed addition for this track. So, yeah I can dig it.

4. Jugg
Featuring Monty; Produced by Salik Singletary
No. Just no. This sounds like one of those songs you’d hear on a Nickelodeon sitcom that loves trying to connect with an audience of people born after the year 2001. Production is a no. Fetty Wap’s singing does not go over well at all here and Monty’s singing is an infinite wave of cringes. This will probably get plays on the radio, but it’ll never get plays from me ever again. No.

6. I Wonder
Produced by Peoples
The beat for this for this track came on and I was like “Whoa”. It kind of slapped. Then Fetty Wap starts moaning all over the track and…yeah. Overall, the track isn’t terrible or anything, but it feels a bit unnecessary and I think Fetty Wap could’ve done something better on this beat.

7. Again
Produced by Peoples & Shy Boogs
I actually dig this track. The beat is kind of quirky and I think it compliments Fetty Waps vocal style pretty well. The hook is actually pretty nice too. Also, I’m pretty sure I heard somewhere that this is sort of like a sequel to his hit song “Trap Queen”, which in a way is pretty cool. Personally, I would prefer this track over that one, because nothing feels too excessive here.

8. My Way
Featuring Monty; Produced by NickEBeats, TMF Lil’ Brandon, & JayFrance
Track starts off with Fetty making a bunch of bird calls and then the beat kicks in. I mean, I’m pretty sure we’ve all heard this track one way or another somehow so what do I really need to say? It’s catchy. It’s the fourth Monty verse and still, nothing really added from it. The only time I’ll probably ever listen to this again is if someone else is playing it around me. Not a bad track. I’d prefer it over some of the previous tracks, but I personally wouldn’t name this as a highlight or anything. Probably sounds good in a club somewhere.

9. Time
Featuring Monty; Produced by Peoples & Shy Boogs
Track starts off with Fetty crooning and it’s pretty unbearable for my ears. Monty’s verse on this track is just so cringe worthy and pointless. At this point I’m really starting to question what the purpose was of putting him on this album besides the fact that Fetty Wap is a close friend of his. The beat is smoother than a lot of other tracks on the album, but I can’t bare listening to Fetty Wap sing on a track for over 4 minutes with a beat like this.

10. Boomin’
Produced by Frenzy
Hmmm. If this was played at max volume in the whip with some nice speakers this shit would probably pretty crazy. Not my type of shit, but I don’t think is a bad track. Definitely a hype track or a “banger” for this album.

11. RGF Island
Produced by Yung Lan
More listenable compared to a handful of other tracks on this album, but it doesn’t anything for me either. The sound just feels all too familiar on this album and I feel like I’ve heard other artist duplicate a similar feel that this track has going for it and did a better job. It’s meh.

12. D.A.M.
Produced by Peoples
These tracks are actually starting to sound the same now. Hook is way too repetitive and Fetty’s vocal delivery on this track just doesn’t really do anything for at all here. It’s a no.

13. No Days Off
Featuring Monty; Produced by Trey Flamez & Rhoads
This track is okay. The Monty verse is uninteresting, isn’t any kind of surprise at this point, but at it’s better than that verse on “Time”. Nothing really new or that exciting going on here. There’s definitely no reason for this track to be 5 minutes though.

14. I’m Straight
Produced by Yung Lan
Yep. These tracks really are starting to sound like the same song over and over again. Once again, this is a track that isn’t horrible, but it’s just so repetitive to the point where it feels unnecessary.

16. Rock My Chain
Featuring M80; Produced by Peoples
At first sight I thought it said “featuring M83” and I was instantly scared, confused, and excited all at the time. But luckily it’s not. Or maybe sadly it’s not? Anyways, the feature is actually this guy named M80 an his verse isn’t amazing or anything, but it’s definitely a lot better than all of these Monty features.

The track itself I actually sort of dig. Not sure if it’s due to the fact that for the last few tracks I’ve just been getting throwaways, but this pretty catchy and doesn’t make me contemplate drilling a pencil through my ears.

17. Rewind
Featuring Monty; Produced by Rhoads
With lines like “If like was like a VCR, I would rewind it” on this track, how could I dig this? The fact that this is the actual closer for the album is very disappointing. The beat is meh. The lyrics are way too corny and the song itself is way too long. I hope this never gets played around me again.

Honestly, this album wasn’t good. It’s certainly not my cup of tea, but I can still somewhat see the appeal of Fetty Wap. As far as highlights go, there aren’t any songs I LOVE, but there were a small amount of tracks that I did enjoy and a lot of hooks that I find catchy. But there are also tracks that I don’t think are that great or even remotely good, especially in the latter half of the album where you just repetitive throwaways after throwaways. I also feel like this album would’ve benefited better if it was cut a bit shorter. Maybe cut off about 4 tracks. The album is cohesive in a sense that the sound throughout mostly is this odd fusion of pop music and trap, but the album feels more like a compilation of hot tracks that Fetty Wap has already made and then new tracks that he’s made in an attempt to recreate his already hit songs. So overall, it’s not as bad as I personally expected, but it’s still not that exciting or that good either. I think if you’re a Fetty Wap fan you’ll enjoy this album, but if you already weren’t a Fetty Wap fan, this album most likely isn’t going to draw you in and change your mind.