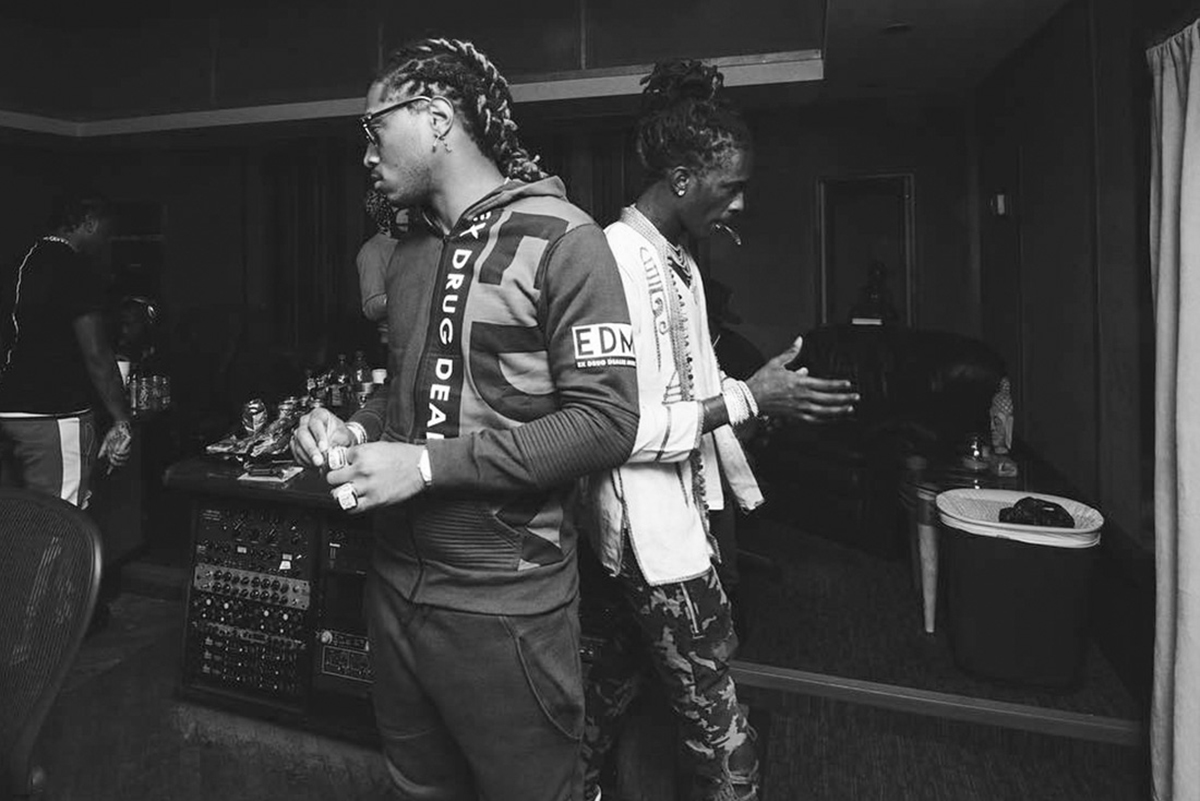 Future & Young Thug‘s surprise project Super Slimey did what it was suppose to and grabbed the #2 spot on the Billboard 200 by selling 75,000 copies (Now that I think about it, Future may be the king of dropping surprise projects). Either way, Super Slimey would have been #1 if it wasn’t for some guy from One Direction that I never heard off. Don’t be surprised if Thugger and Hendrix drops another project, Southside said Super Slimey was just a teaser.

Young Dolph repeats his trend of being shot at and then dropping a new project. It may be working as Thinking Out Loud is his highest debut on the Billboard 200 to date. It landed at #16 and sold 26,000 units. Hopefully the next time we see him on the charts it won’t involve bullets.