After six years and four series, the DC television universe has finally become diverse with it’s introduction of the new series Black Lightning, premiering on the CW Network. When CW announced they ordered a pilot for the series based off the comic book character, I felt it was about time but I was not enthusiastic about the character that was chosen. Knowing very little about Black Lightning I was rooting for a Static Shock adaptation. By the summer CW picked up the pilot for series setting a midseason air date. The fall rolled around and they released the first trailer; I was underwhelmed to say the least. I thought the show looked down right corny and I had the most visceral reaction to the Black Lightning costume as it came off cheesy and cheap. It was safe to say that any excitement I had for the show left after viewing the initial trailer. The series is created and produced my veteran show runners husband and wife duo Mara Brock Akil & Salim Akil known for cult series like Girlfriends, The Game, and Being Mary Jane. 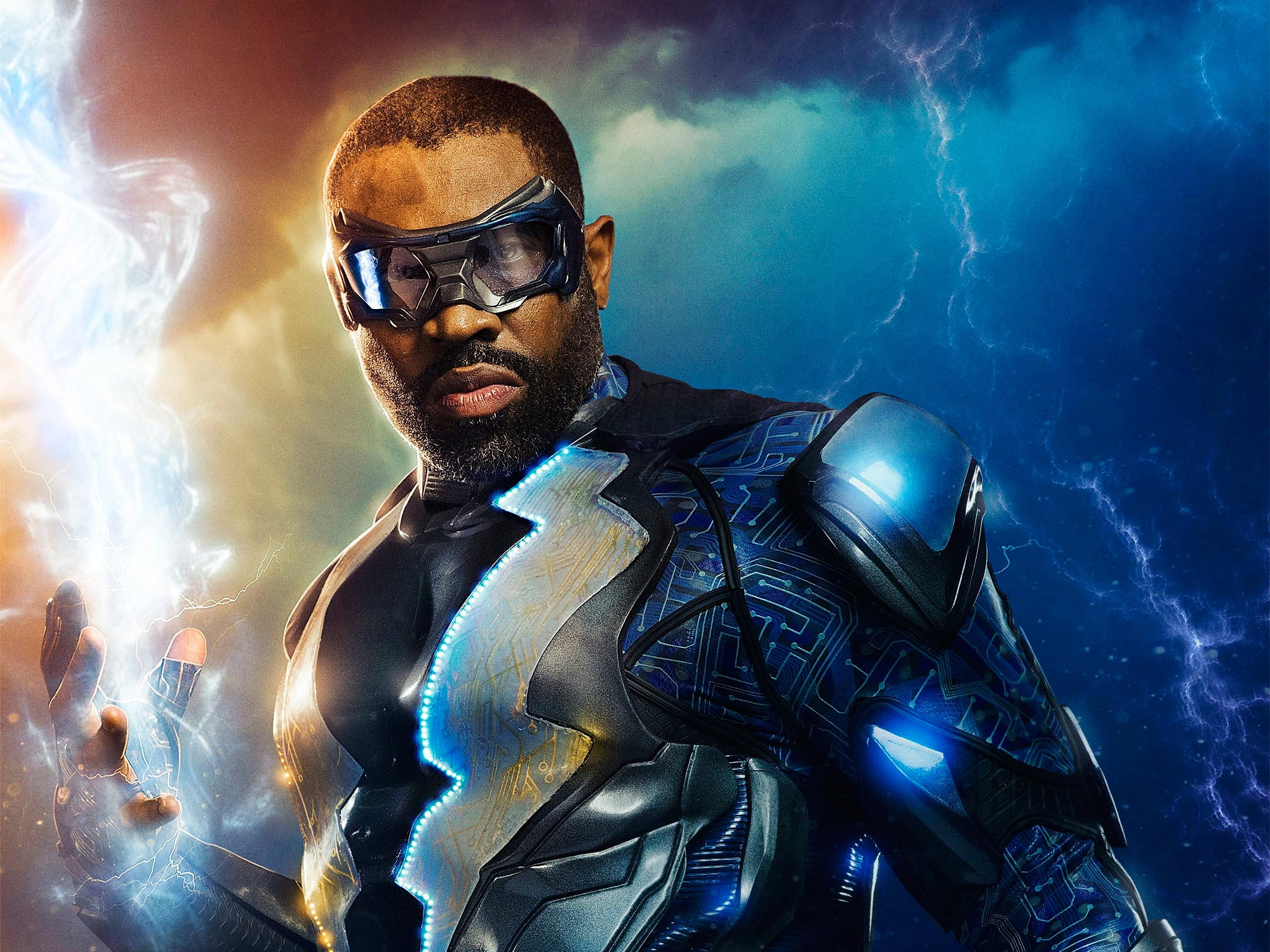 I received early DVD screeners of the first few episodes of the series and they sat on my coffee table as coasters for weeks before I finally decided to watch them out of pure boredom. The story follows Jefferson Pierce (Cress Williams), a respected high school principal and beloved father of two daughters, Jennifer (China Anne McClain) and Anissa (Nafeesa Williams), in the fictional city of Freelan. When his daughters get caught up with the wrong crowd they are held hostage by the local gang, The 100, it is up to Jefferson to suit up once again as his alter ego Black Lighting after a nine year absence to rescue his daughters. With the reemergence of Black Lightning the city is wondering if he finally back, the answer Jefferson himself doesn’t know as he vowed his then wife, now estranged wife, Lynn (Christine Adams), that he would retire. Jefferson is urged to suit up once more by his ally and suit creator James Remar (Peter Gambi) to take on The 100 gang, who are flooding the streets with drugs led by Tobias Whale (Marvin ‘Krondon’ Jones III). Black Lightning decides to come out of retirement to help clean up the streets.

After screening the first few episodes I was pleasantly surprised at how much I enjoyed this series it’s a breath of fresh air to genre. I have subsequently watch the rest of the series through the finale. I must say I feel foolish for doubting Mara and Salim Akil; they’re writing and direction style is stamped all over this series which makes it stand out. The show doesn’t shy away from being political focusing on race. Early in the series Jefferson is profiled by the police and is pulled over then accosted by the police . As Black Lightning he is ridiculed, some calling him a hero others calling a vigilantly, a stark difference from our other heroes in the DC television universe.

Another reason this show works is its authenticity to the culture which Mara and Salim excel at they are great when it comes to writing characters and their inner motivations. The central characters on this show are fully fleshed out. My favorite being Tobias who is charismatic but also menacing. He doesn’t see himself as a villain but a business man trying to make a buck but his business is being interfered with by Black Lightning. Cress Williams brings depth to his character; he plays Jefferson Pierce as a subtle and humble man caught between two ideologies. Be a man of peace as the principle by day invoking change through his students or be a man of purpose violently imposing his will and powers to invoke change on the streets as Black Lightning. These two worlds pull at him. When Jefferson’s daughters get involved by the end of the season they further conflict him. By the finale I was left wanting more of such a ground breaking show. I guess we will have to wait until the fall. I give the series 8/10