The long awaited highly praised series returns after a two year absence. Atlanta is back and its Robbin’ Season. Atlanta, written by the star and the creator of the series Donald Glover and his brother Stephen Glover, crafts a surreal, political, and racial world into a comedy that is like nothing else on television. With director Hiro Murai shots each episode like parts to one long movie that I cant get enough of.

Season 2 starts off with a prologue following two young men as they casually converse. The scene is set up is so authentic with the dialogue and mannerisms of the characters and the handheld camera work and close up shots make you feel like you’re in the world with them. The mood quickly changes course as the men subsequently go from conversing to armed robbery. As serious and violent as this scene was it still had humor and let me know what this season is all about. 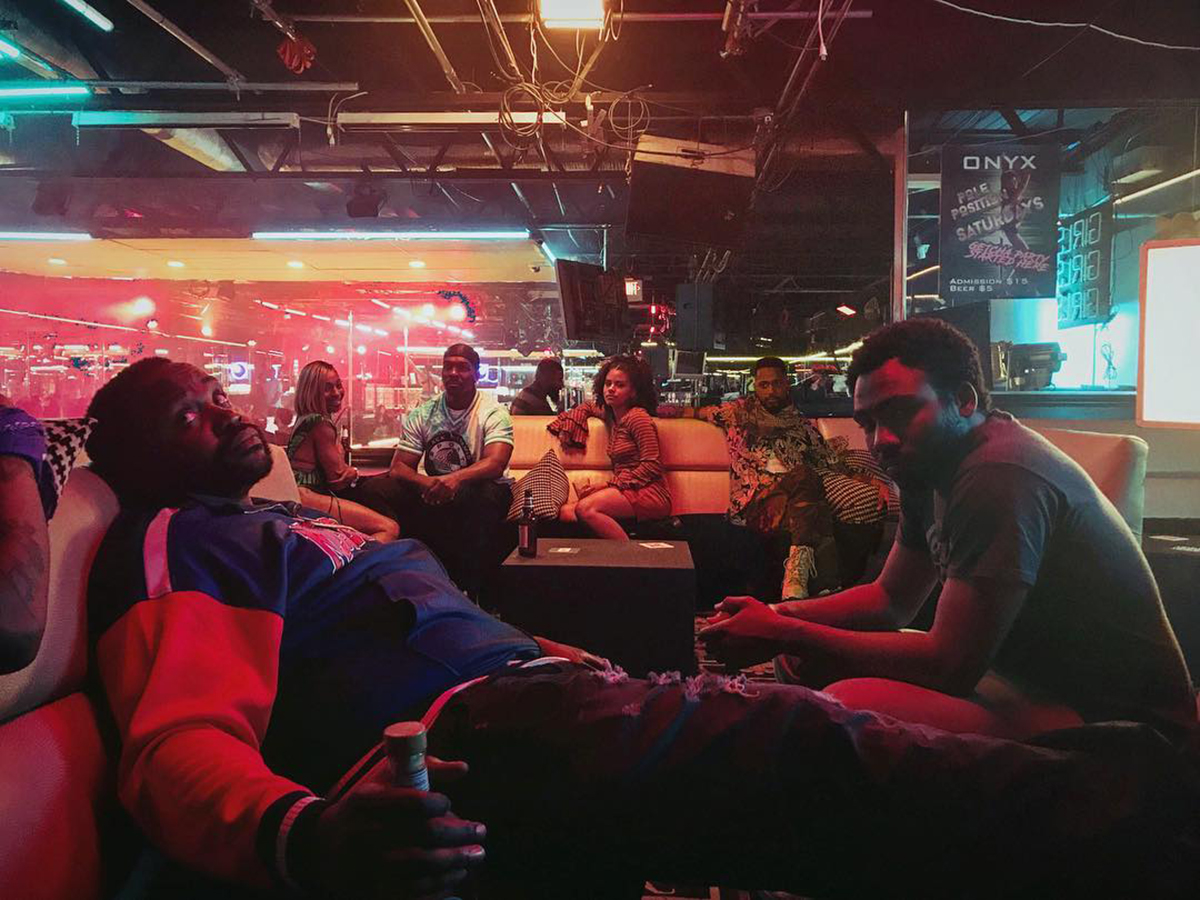 At the beginning of the season we see our characters haven’t progressed much since season 1. Glover’s character Earn is living in a storage unit and his cousin he manages Alfred Miles (Brian Tyree Henry), now better known around town as the rapper Paper Boi, is under house arrest watching his rap career lose steam. Then there’s Darius (Lakeith Stanfield) the hood philosopher weaving in and out of scenes masterfully. The show goes in all directions with random guest stars like Katt Williams as the “Alligator Man”. This is the best I’ve ever seen Willams on scree;  look for him this summer when the Emmy nominations are announced.

Henry is the heart of the show as Paper Boi and though Glover is the star, the show comes to life when we follow Henry’s character through situations like getting robbed by his weed man and has to re-up else where. When Paper Boi and Earn meets with a music streaming company ran by an all white staff, you get under tones of slight racism and that’s what I love about this show; it tackles race in small pieces but is never being to preachy. Zazi Beats grounds the show as Van, Glovers on again off again baby mother and she finally gets her one off episode this season with “Champagne Papi”, the Drake fueled episode. And then there was “Teddy Perkins” which was by far the most enjoyable piece of television I’ve watched in years and will probably win Donald Glover another award. With season 2 over, season 3 can’t get here fast enough as Atlanta goes with a world so surreal and rich I’m sure it will be pure entertainment. I give series a 9/10