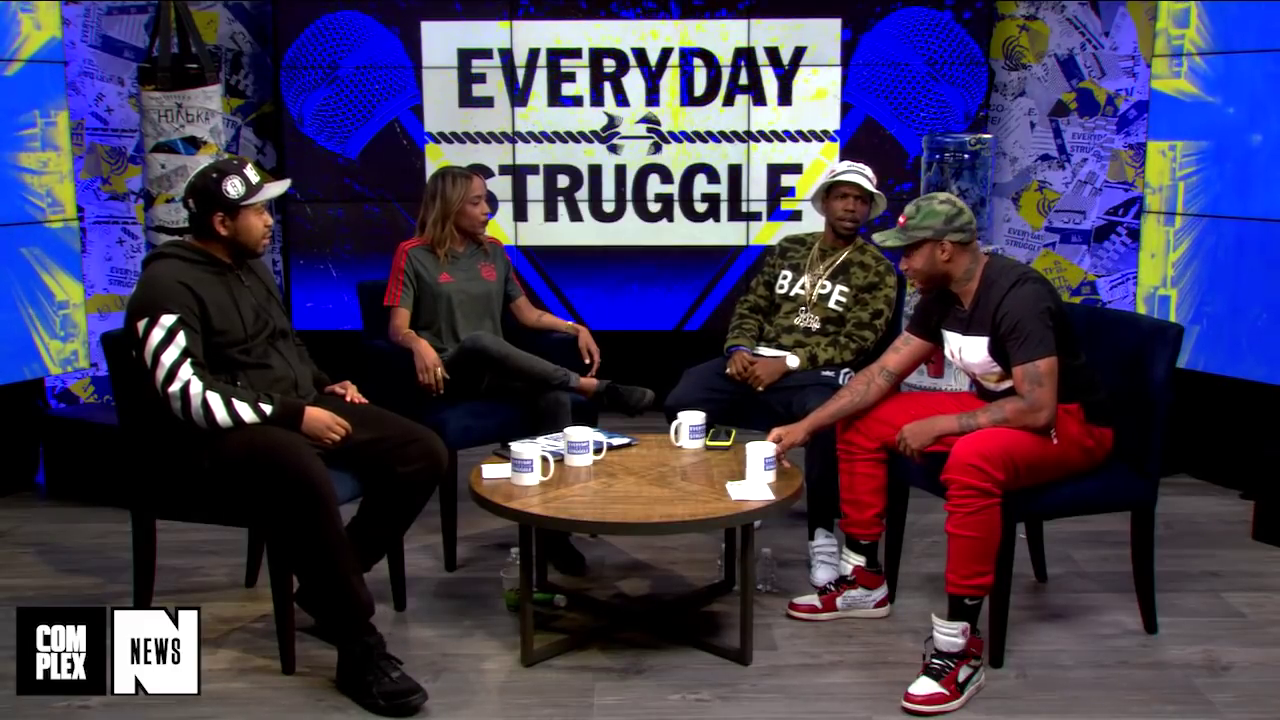 On the Tuesday, September 18 episode of #EverydayStruggle, Currensy joins DJ Akademiks, Nadeska and Wayno to talk about his new mixtape ‘Fire in the Clouds’ and plans for upcoming albums, plus he weighs in on Eminem vs. Machine Gun Kelly, Kanye’s upcoming album ‘Yandhi,’ shares some stories and Lil Wayne and helps us answer fan questions about the Best Punchline Rappers and Latin Trap’s influence on hip-hop.