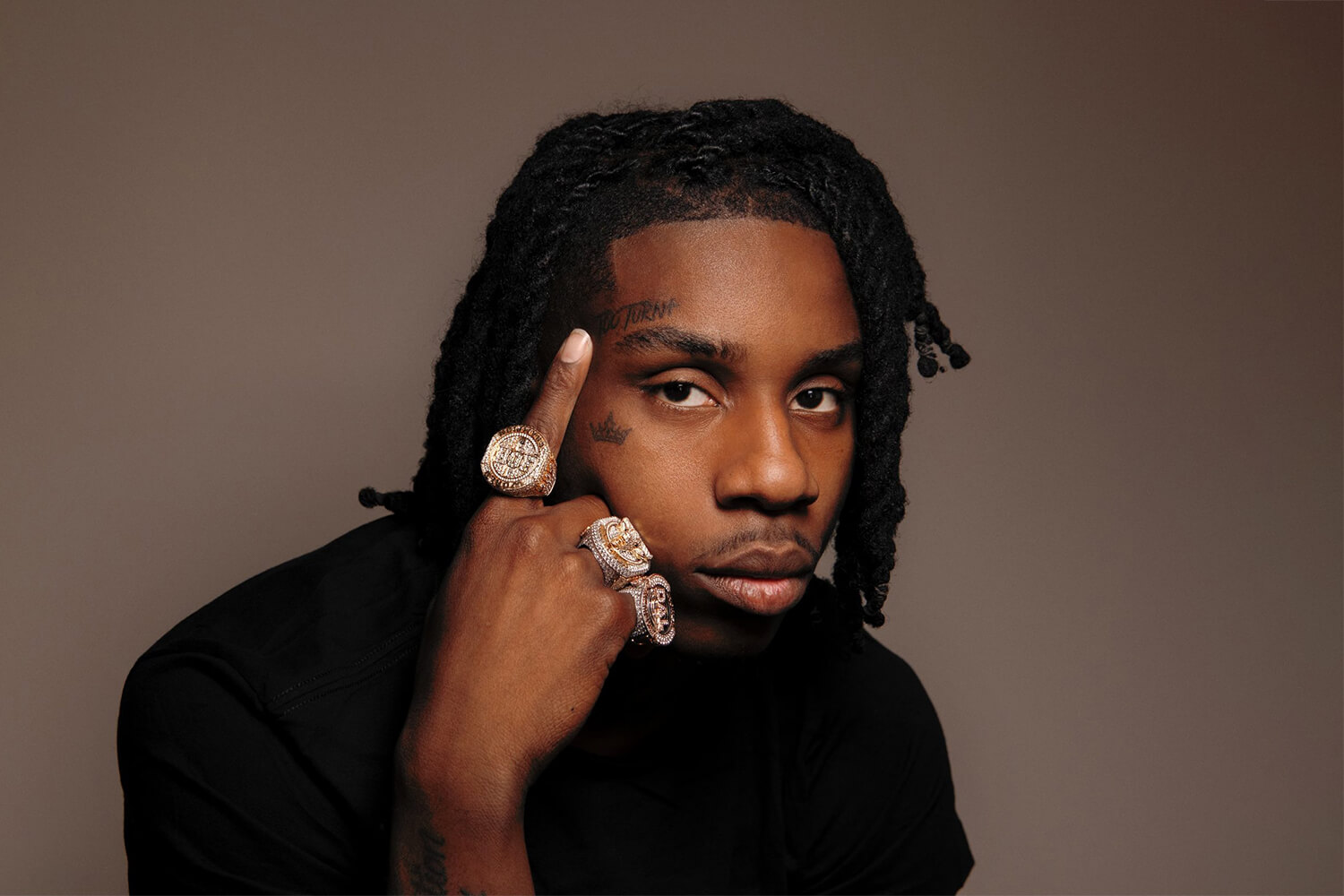 I’m having a difficult time wondering why Polo G is famous.

I know the pandemic and quarantine had a lot to do with it. I first heard of him through the internet around May of last year and while he was building a buzz with Die a Legend, he maintained it with The GOAT. While there are a few songs that I rocked with (“Martin & Gina”, “Flex”, “Wishing for a Hero”), the album as a whole was decent yet nothing to throw a parade over. Fast forward to this year and Hall of Fame is released. Listening to this album, I found it to be more of the same. Decent songs that round out to at least two minutes with the content that you expect to come from a Chicago drill rapper, but not enough highlights to make you want to come back. It felt more like quality background music.

Let’s not get it twisted, Polo G can rap. Out of this generation of young emcees, he’s up there towards the front of the line. The problem lies within the actual songwriting. There is nothing to sink your teeth into, which makes it baffling how a song like “RAPSTAR” goes to the number one spot on the Billboard Hot 100.

Now in December, Polo G becomes another rapper to follow the trend of putting out deluxe albums with Hall of Fame 2.0. We all know why these rappers are doing it, so there’s no need to go into a diatribe about it, but with 14 new songs and 30 plus minutes of music, this is basically another album in itself. So with that in mind and through the blessings of B-Easy, I’m going to treat it as such. Prove me wrong about you, Polo! HERE WE GO!

1. Bad Man (Smooth Criminal)
Produced by J. White Did It, Rance, Travis Sayles, & Khaled Rohaim
I am not supposed to like this, but for some reason I do. Obviously for the nostalgia with its interpolation of Michael Jackson’s “Smooth Criminal” over the bounce of the drums. Polo is of course rapping about the infinite ways he can describe his gun and how to kill you with it. This is a song that is not supposed to work, but for my enjoyment it does. I can see it getting old fast though.

2. Don’t Play
Featuring Lil Baby; Produced by King Wizard & 1040
I think that is a xylophone in the beat, right? Either way, the instrumental is like water, and Polo and Lil Baby are straight sliding through the beat. Wasn’t too long and wasn’t too short and that has been an issue with Polo G songs for me, that they are way too short and not fleshed out. This is a playlist pick.

3. Start Up Again
Featuring Moneybagg Yo; Produced by Southside
The track is decent. It goes back to that issue I had just mentioned. The problem with Polo G’s songs is that there is no structure. There’s no hook, there’s nothing memorable to hold on to. Now, maybe this was by design and just something to just let off but the song is average, no more and no less.

4. Heating Up
Featuring YungLiV; Produced by Prod By Master & ThatSpokesman
So, this is pretty much the same thing here… but executed better. It’s a good thing there were some good lines here, otherwise, this would be in the decent pile as well.

Sundown ’til the sunup, pick a gun up, who you ridin’ with?
You would think the block a barbershop the way we linin’ shit

5. Black Man In America
Produced by Sevn Thomas & Cameron Joseph
The title is exactly what you expect this song to be about and it is songs like this one that I can see why people have put Polo on a pedestal since The GOAT last year. Songs with this type of content is where Polo gets in his bag. I mess with this one and these bars here are simple but direct and say everything.

Nigga, I ain’t never had me an option to pick a side
Lot of shit changed in the hood when my niggas died
Really don’t shed tears but a nigga cry
Whether it’s us or police, we get victimized
Angry and ignorant, we never civilized
Fuck a political figure ’cause I’m still a nigga
Can’t win me over with a stimulus bribe
Still want me stuck in the system
They hate that we chosen to kill ’em inside
I can’t breathe and this mask can’t muzzle me
Can’t conform and they hate my reluctancy
Yeah, I made it out the hood but it’s stuck in me
From the slums, always where the trouble be

6. Young and Dumb
Produced by Smatt Sertified, Simon On Da Guitar, ​yungfuel, & Southside
This is the type of beat Rod Wave clamors for. The content is heartfelt, but as a whole, the song is just decent, not bad by any means, but I definitely believe this could be more hard-hitting than it is. Maybe with a feature, maybe with another verse, but it is just missing something.

7. Unapologetic
Featuring NLE Choppa; Produced by Smatt Sertified & Southside
NLE Choppa takes a break from giving his fans bad advice and drops a pretty cool verse. I’m more a fan of the flows here from both than the lyrics, so it is the song’s saving grace. Playlist, why not? Perfect soundtrack for brandishing your weapons.

8. Fortnight
Produced by Haze, Zuus, & KaiGoinKrazy
There’s a guitar in the beat…you sure Rod Wave ain’t nowhere to be found? Anyways, nothing too special. At this point where the songs are so short and with the same flow/delivery, this album’s tracks are running the risk of being a bit too similar to each other at certain points.

But no, this song would be so much more dope if Juice WRLD was still here to do a chorus or even a verse (they’ve worked together before and it’s proven to work). As it is, it is still just another decent song, but nothing special enough about it to make it stand out more.

10. With You
Produced by Hagan, BJ Beatz, & 12Hunna
Now it is really beginning to feel like these songs are blending into each other, with the last four songs being an example of that. I think we are getting to the part of the album where it is just about to be very slow and melodic. It’s good for a balance, but the issue is that the songs don’t do enough individually to distinguish themselves from one another. It is falling victim to its own sound. Song is decent.

11. Partin Ways
Produced by Young Cutta & Lowrenz
You would think this was about a lover, but it seems like he’s talking about the streets. Weird flex but alright. This is another example of these songs in the middle portion sounding the same, but this is better than the others. Is it playlist-worthy? No.

12. Suicide
Featuring Lil Tjay; Produced by Haze, Reapyy, Einer Bankz, & Shoki
I swear Lil Tjay is a NY drill version of A Boogie Wit Da Hoodie. Another okay song that does not build on what he was doing earlier on the album with at least stepping out of his comfort zone with the first song, it is just more of the same.

13. Piano G
Produced by Chopsquad DJ
The beat actually does something for a change and makes me move with it. The content here makes the song more impactful and heartfelt. So while it doesn’t stray far from the formula, it’s one of the better songs in this second half of the album.

14. Alright
Produced by Geo Vocals, SephGotTheWaves, & SickDrumz
I can actually see this being a hit. I’m not sure a smash hit like “RAPSTAR” was, but hey, if that song can be a hit, why not this? The hook is already finding its way into my memory. Decent closer to this (deluxe) album.

He stuck in his ways but hate the taste of his own medicine
I took guns to school, that Smith & Wesson in my Letterman
City full of murders, cops can’t luck up on no evidence
Bunch of cold cases on my block, shit is treacherous

So, let me make this clear, Hall of Fame 2.0 by itself, is not a bad album by any means. However, with many rappers in Polo G’s lane, they tend to steer towards a certain formula, where the saying often goes: “If it ain’t broke, don’t fix it.”

Understandable, yet there is not enough depth in the songs to justify an album being called Hall of Fame. Some are either too short or some are either too similar or are generic versions of the songs that came before them on the album and with it attached to Hall of Fame 1.0, as we’ve seen with many a deluxe album this year and last, you can easily just take your favorite songs from each and make your own album through a playlist.

I want Polo G to win, I really do. The kid is a spitter, he appears to be humble with his newfound fame and as you can tell by listening to his content, he is trying to leave that life of the streets behind and enjoy the fruits of his labor. Yet, I am just waiting for that classic that puts him head and shoulders above the rest of the competition and with the way rap is today, there is always going to be contenders for that crown. Perhaps, when he finally releases that album, I can finally admit that Polo G is a Hall of Fame-worthy rapper. Today is not that day, but with the songs I took from this, he is on his way.