Tupac Should Never Be Considered The G.O.A.T. 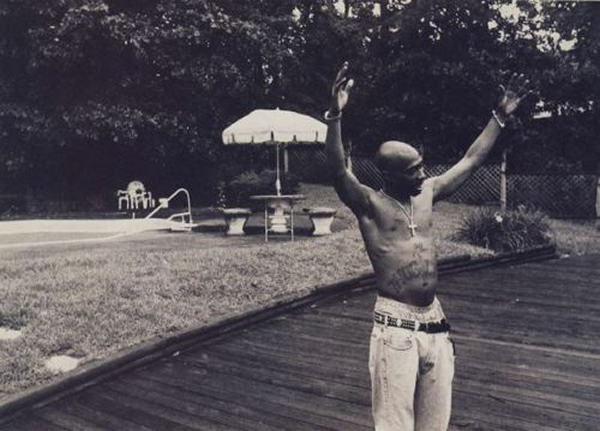 Disclaimer: The Views of this column do not necessarily reflect the ideas or opinions of the entire nappyafro staff. This was the opinion of one member of the staff who had the balls to say what many people thought, but were too scared to ever put in a real post.

I have done a previous article on Tupac Shakur, and I had high praise for the legendary rapper. I do have a lot of respect for the late emcee, yet I must admit, in my opinion, his stance as the greatest of all time is vastly incorrect. I have taken plenty of time trying to polish this article, so it doesn’t come off disrespectful. Has Tupac left his mark on the game? Of course! Has he sold more records than any other Hip-Hop artist? Yes! Was he one of the smarter political aware artist? Yes he was! Are these things enough to consider him the best of all times? Not by a long shot!

Whenever we have the discussion about who the best rappers in the game are, we always talk about the music they produce.
With Pac what I have noticed, is that we rarely speak about his music any longer, but how much his death impacted Hip-Hop. Once we actually take a look at his music, you will begin to recognize some of the flaws that Pac had as an emcee. Yes! A lot of his music was great at garnering an emotion, but his flow is very juvenile compared to some of the greats. Tupac’s greatest lyrical song is often noted as “Hail Mary”, I can name plenty of emcees who have out done that song, more than a few times. (Jay-Z, NaSs, Biggie, Jadakiss, Wayne, & Big Pun). The truth of the matter is that Pac was very much so a mediocre lyricist. His flow never changed, and he was very repetitive with his rhymes.

Some people listen to Pac and feel that he is the best simply because he is the realest cat to do it.
I can’t cosign this statement. When Pac really was popping, it was Thug Life all day. Yet, people forget that this cat went to a school for the performing arts. Jada Pinkett was his best friend. How hood is that? Is that Thug Life? No this guy created a persona and sold it to the masses (The same thing that Rick Ross gets slack for). Is that wrong? No! I think it is just entertainment, but you can’t say 2Pac is one of the best because of how REAL he was.

Pac became greater in death than he ever could have if he was living.
When Tupac was alive he wasn’t considered this great man, he was just another rapper with a troubled back ground. He had been shot, sued, and convicted of rape. The way the media portrayed him when he was alive was just another angry black man. As soon as he dies though, he was viewed as some kind of martyr. People looked at him as though he had died so that Hip-Hop can live. If Pac had died after Biggie, then Biggie would be the martyr, and Pac would be another rapper who died in violence (R.I.P. Big L).

If Pac was still alive, his legacy wouldn’t be a fraction of what it is today.
Let’s just be real, if he was alive today he would have been forced to retire and go into acting. He would have been the West Coast version of LL Cool J. Respected, but no one would buy his records.

I know this article may feel as though I am shitting on a legend, but I’m not. A lot of people feel the same way I do, but don’t want to have people feel like they are disrespecting Tupac. I know he has meant a lot to our culture, but why should we turn a blind eye to the truth of the matter? I also think Lil’ B can be important to Hip-Hop, but if he dies I won’t call him the best. Pac was a great personality for Hip-Hop, but not the best emcee.

Sidenote #1: I know P-Body is about to write a book in response to this.
Sidenote #2: With all the hate that King Jerm got from his Eminem post, I will be watching my back once this is up.