Eminem Will Never Be The G.O.A.T. 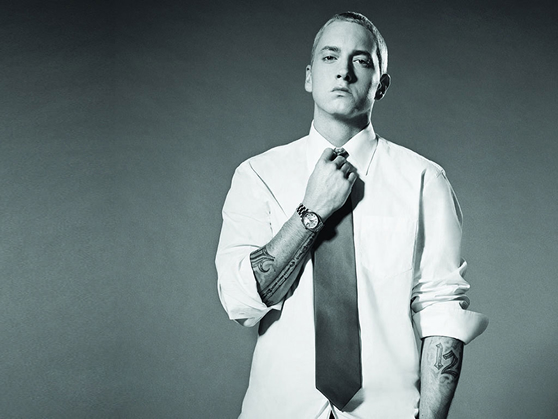 Yeah I said it. Eminem will never be looked at as the Greatest of all time. NEVER. This is not saying that he isn’t a good artist, because he is. I am just giving it to you straight, no chaser. Eminem has sold millions of albums, and has made millions of dollars, but one thing he will never be is the G.O.A.T. Why you ask? Look here and let me school you.

To be the best you have to battle the best. Eminem has ZERO rap battles under his belt. Everlast you say. EVERLAST? Even if we do count that one, where does that battle rank on your all time list? If he would have battled Everlast in 93-94 when House of Pain was popping, that would have been different. He took on a rapper turned country singer! Look at the list of people that Marshall has had public beefs with: Brittney Spears, Christina Aguilera, Elton John, Moby, Fred Durst, NSync, Backstreet Boys, Insane Clown Posse, Mariah Carey, Nick Cannon, Nelly, Benzino, the Source, and XXL. Don’t say Ja Rule either, that was a pile on and Eminem just jumped on top of it. Look at the list and show me some real competition. To be the man you have to beat the man, and by the looks of it Eminem likes taking shots at women.

I know some of you can’t wait to get to the end of this to call me everything EXCEPT King Jerm, but think about it, what makes Eminem so special? If he was a black rapper with the same exact lyrics, he would be CANIBUS. No one would care about him and he never would have been this successful. If you don’t think that his complexion has anything to do with it…you are CRAZY. Who would listen to a rapper talk ill of his mom, rap about abusing drugs, and killing people? NOBODY. The man has skills but I don’t see the big deal. Most rappers are battletested, Marshall isn’t, so let his record reflect that. He IS NOT and WILL NOT be the GOAT.